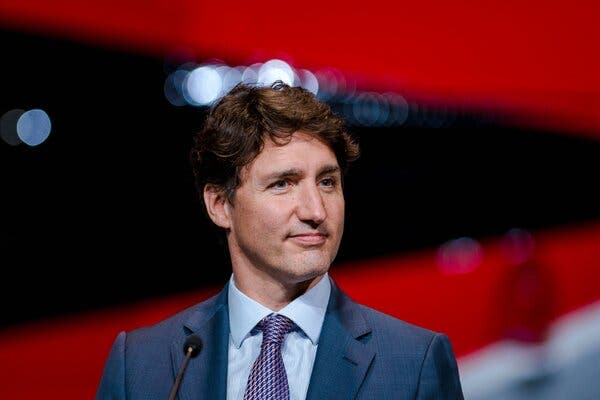 The power of the urban/suburban vote. This is how elections are decided in post-modern Canada. It is how the Liberal Party plan to remain government for life.

It is a social and political trend that has escaped the media spotlight— for good reason. Government do not want Canadians to understand the fine details. The crux of the scenario being the relationship between immigration policy and federal politics.

While media roll out the usual suspects— aging population and workforce theory— a back-end component alludes the general public. Immigration wins elections. Not for the Conservative Party, and not for the NDP Party.

In 2021 it is an exclusive for Justin Trudeau and the Liberals. Decades in the making, much 0f the strategy is based on the relationship between “majority-minority” ridings, Liberal MP’s, and a resulting lock on power.

In terms of specifics, there are today 41 out of 338 federal ridings which qualify as minority white. Not a word springs forth from media on this immigration-derived development.  To shy away from this leads to the results Team Trudeau most desire– a lack of comprehension by the general public.

Such as it is that the Liberals killed it in the GTA. All the usual suspects are back — save one. After championing the Taliban, Trudeau sweetheart Maryam Monsef lost her Peterborough-Kanata seat.

Not so for others. Omar Alghabra is now a four-term winner. A dual Syrian-Canadian citizen, Alghabra was last found holding a position in the Liberal Cabinet. Leading lights of GTA politics MP’s Ahmed Hussen and Iqra Khalid are now three-term winners.

In the 3rd World powerhouse riding of Brampton, Ontario, deja vu occurred all over again. All five ridings have been captured by Sikh-Canadian Liberals, as it was in 2019.  In the critical riding of Ottawa Centre, Yasir Naqvi takes over from high profile Liberal Cabinet Minister Catherine McKenna. The victory couldn’t have transitioned more smoothly if it was coated in vanilla ice-cream.

How’s this for Liberal voter dedication: despite being previously charged with sexual assault, Liberal MP Ken Vuong won in Spadina-Fort York. Additional “cult-like” Liberalisms are found in the fact that Maryam Monsef–an MP that Justin Trudeau appointed to four different federal portfolio’s– only lost by some 3000 seats. Over 19,000 votes went to the ex-MP of unknown origin.

All told, the Liberals won 91% of seats in the GTA. Seeing as media eschewed this piece of the election puzzle, they free from  revealing a significant truth:

All of this can only go up, up, up from here. Newly elected PM Justin Trudeau has committed Canada to the highest immigrant intake quota in history. One doesn’t have to be Prof. Stephen Hawking to see why.

It wins elections for the Liberal Party. So much so, CAP hereby bet dollars-to-donuts that the Liberals never again lose a federal election.

Some may refer to this as democracy. That “some” being establishment media, so-called “experts” in academia, and every other pro-globalist force tweaking the trajectory of our nation.

And what of the future? What will our “no core identity” nation have on its hands in 30 0r 50 years time? One thing we can count on is that pseudo-dictator Justin Trudeau knows what it is. The benefit being all his– not to mention his “New Canadian” legions.