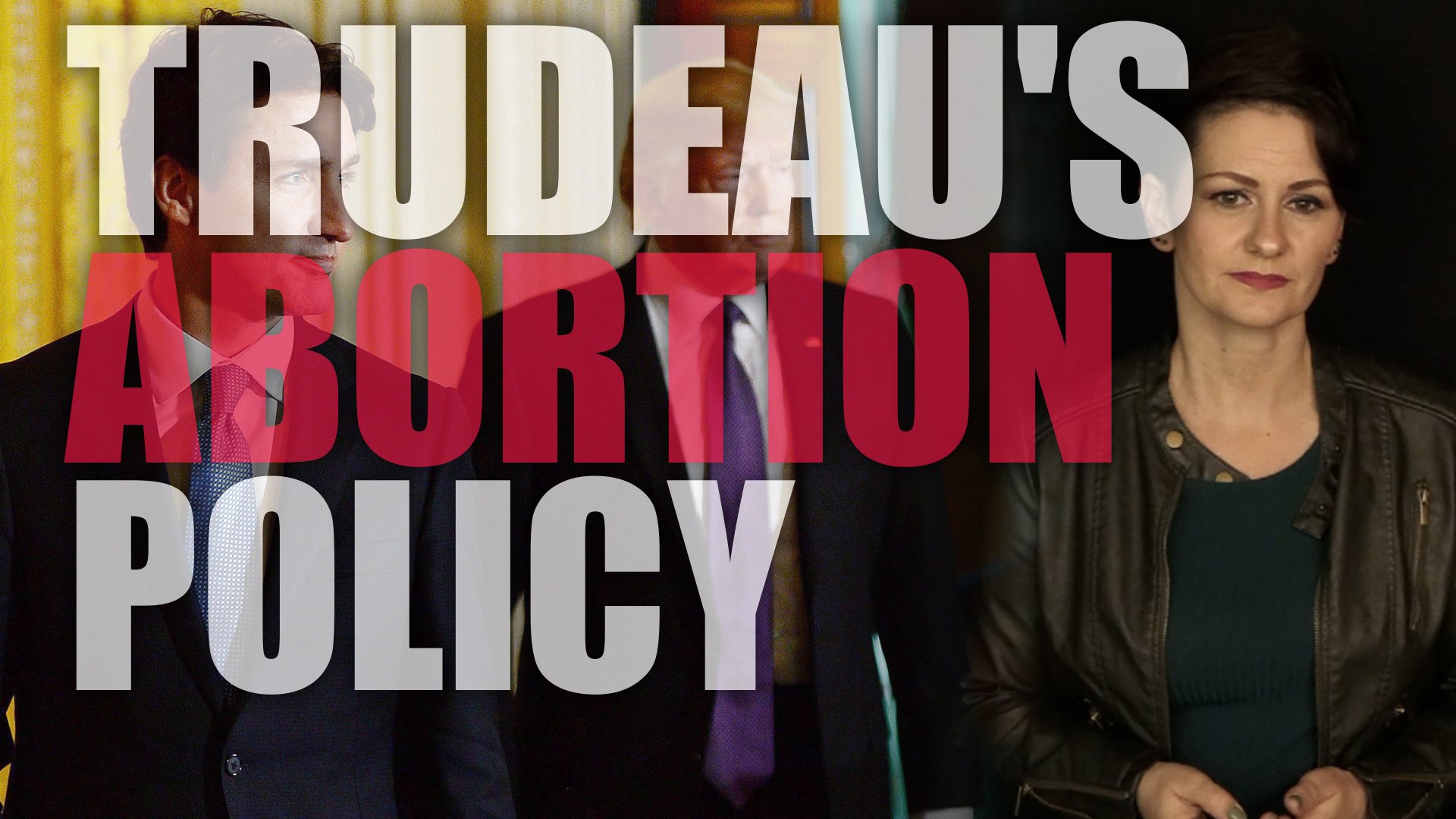 For a party that says it believes in charter values like freedom of speech or freedom of association, the Trudeau Liberals have a strange way of showing it.

In fact, the folks that like to call themselves the Party of the Charter are currently bullying Canadians over a movie with a message Justin Trudeau doesn’t like.

Unplanned is based on the true story of Abby Johnson, a young woman who went from being an abortion advocate and one of the youngest directors of a Planned Parenthood clinic to a pro-life crusader.

Trudeau cabinet minister Melanie Joly took to Twitter to call out Vince Guzzo, owner of Quebec based theatre chain Cinema Guzzo for ALLOWING the movie to be shown.

How positively liberal-fascist of her. Who knew that Trudeau’s post-modern Liberal government were in the business of harassing private theatre owners. No government in Canadian history has reached their political tentacles into the private and social affairs of Canadians like the present Trudeau government.

Remind you of the behaviour of other governments of the world? Is this NOT something China’s government does? During World War 2, fascist governments were very much concerned with the world of art, music, film and other aspects of their culture. If a film was not to their taste, not only would the movie be cancelled–the theatre could be closed or stolen from the owner, while the individual is carted off to a local jail cell.

This is the state-of-affairs within totalitarian nations– NOT liberal democracies. That is, until Justin Trudeau came along. There are two sides to issues of abortion– pro-life and pro-choice. Within a democratic nation, BOTH perspectives have a right to exist as long as no personal harm or violence is perpetrated.

Justin Trudeau wants this dynamic eliminated. If the pro-choice PUBLIC does not succeed, he will ensure victory by way of government intervention. Melanie Joly is a Liberal Cabinet Minister. By default, she is therefore a Liberal-Globalist. A person cannot be a cabinet minister if they do not tow this ideological line. Therefore, Joly backs the Trudeau Censorship Brigade in condemning the viewing of the anti- abortion film.

Justin Trudeau is very big on Canada’s Charter of Rights and Freedoms, but ONLY when those rights are aligned within his personal ideological stance on our society. The Charter happens to be inclusive of rights which apply to the Pro-Life movement.

Yet, curiously, Trudeau, Joly and the rest do not give a damn. This is, in fact, a GIANT piece of the social equation as it relates to the Charter. Mass immigration and enforced multiculturalism have resulted in the empowerment of our so-called “minority” communities, and a corresponding disempowerment for Old Stock Canadians.

On this basis, Old Stock Canada COULD leverage the Charter in support of the Pro-Life movement. Additionally, Christian Canadians could do the same regarding the promotion of their faith. They never do–WHY?

CAP response to our own question: because the Charter was originally set up for the exclusive use of minorities and special interest communities. This is how things have existed since Pierre Trudeau forced multiculturalism upon Canada some four decades ago.

Since that time, establishment media has NOT ONCE alluded to conservatives or Christians leveraging the Charter based upon THEIR RIGHTS. Why not? Because in many respects, media ARE GOVERNMENT. After Justin Trudeau seized control of Canadian consciousness, this dynamic went into OVERDRIVE.

Now, Liberal MP’s are harassing private movie theatre owners. What’s next– closing down an art shop because they have a painting of Sir John A. MacDonald in their window? Funny, perhaps–but in fact CAP would not put this past the Trudeau government.

Clearly, shades of fascism have entered Canadian society. Not by way of alt-right groups such as Proud Boys, Soldiers of Odin, or Northern Guard– groups which our government LABEL fascist.

No, the true neo-fascist movement is found within our Liberal Government. “Accuse the other of what you yourself indulge in”(paraphrase) said a well known propaganda minister of the past. Is this NOT exactly what the Trudeau government indulge in every single day?

“We don’t need no thought control,” wrote Roger Waters of Pink Floyd. He’s right–but this makes no difference to the ruling government of Canada. Justin Trudeau deserves a dozen awards for being the BIGGEST CONTROL FREAK ever to assume a governmental position in Canada.

Mr. Trudeau is now ready for PHASE TWO of the globalist agenda. This arrives IF and when he is re-elected. Who knows what’s in store? The CAP crystal ball says MUCH MORE OF THE SAME, only more extreme. One possibility is Trudeau will open the debate on Canada’s official languages.

Sociological studies inform us that one of the most effective methods to TRANS-form a culture is to transform its spoken languages. Change the language, and you CHANGE  the culture. Therefore,  Act 2 of the Trudeau nightmare could well include establishing Mandarin, Punjabi and Farsi(Iranian) as official languages in Canada.

CAP can absolutely see Justin Trudeau doing this. Anyone who complains will be branded racist and xenophobic. That is, for the Anglophones that complain. Non-white Canadians have the PRIVILEGE of not being on the receiving end of Trudeau’s scorn.

A film on the topic of abortion, one of the most contentious and complex issues of modern times. Abortion in Canada is an issue worthy of major public debate. Both sides of the equation should be presented so that our nation can live together in peace regarding the termination of the heartbeat of a fetus.

Justin doesn’t want this. Nor does he want you to know that approximately 100,000 abortions occur in Canada EACH YEAR. He gets his way, because generally, media go along for the ride.

Canada, you have once again been HOSED by way of government and media propaganda. The same situation applies to mass immigration and multiculturalism. First, ENTRENCH it within society. Then,decades later when the public actually BEGIN to comprehend, it is TOO LATE to do anything about it.

This is globalism. This is Justin Trudeau. It is Liberalism, immigration, diversity, transgenderism and abortion. The same dynamic applies TO ALL.

Want to take your country back? CAP cannot tell you exactly how to get this done. What we will state is that for as long as Justin Trudeau is prime minister, the chances do not amount to a HOPE IN HELL.