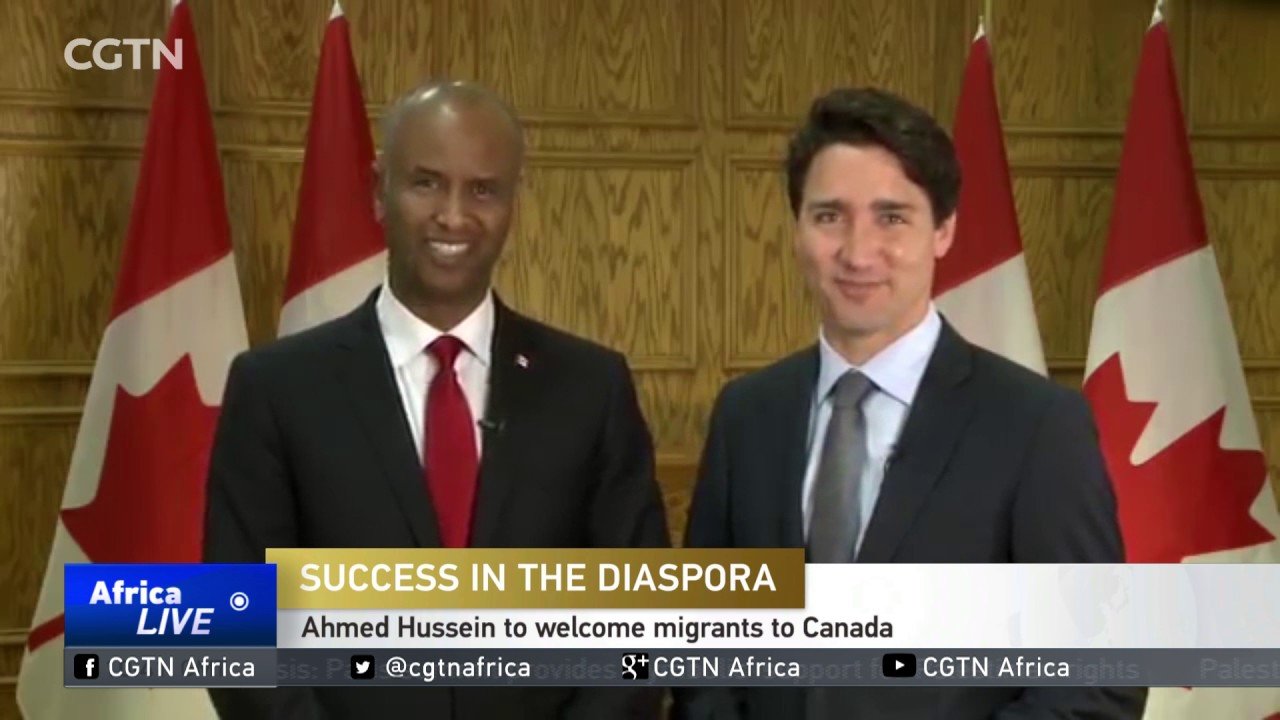 Canada’s first half-Somalian, half-Canadian Liberal cabinet minister says that despite his high profile position, anti-black racism “is a part of his life.”

During the period Hussen maintained the immigration minister portfolio, Canada underwent its greatest transformation in Canadian history. A substantial element of this comes from MP Ahmed Hussen’s dedication to Islam, Somalia, Nigeria, the Middle East and Africa.

Apart from his “boss-man” Justin Trudeau, Mr. Hussen is the biggest 3rd World immigration-pusher in Canadian history.  While branding as racist any and all push-back against unnecessary and unwanted immigration to Canada as vehement racism, consider the following:

In Ahmed Hussen’s “home-boy” nation of Somalia, there is:

No immigration. No Multiculturalism. No Diversity. No Christianity. 99% of their population are Muslim. Pure,unadulterated ethnic purity.

But for Canada? According to the 3rd World supremacist agenda, it turns out that white Canadian MUST trans-ition to a minority community. Undoubtedly, the same process is to apply in religious terms.

By way of our ruling Liberal government, Christianity is under assault in Canada. The Liberals drive the agenda as the Nation of Islam is strategically established as Canada’s dominant religion. Think of how thrilled Hussen must be.

Is this man to gain his “pound of flesh” he so desperately desires to inflict upon “traditional” Canada? Frankly, it’s looking good for him. The George Floyd case is being leveraged to slam white people more than ever. In this regard, Liberal GTA MP Ahmed Hussen drives things forward.

“It’s not about me. It’s about — this is a very common reality for many, far too many, people in our country and it is important for us to acknowledge it.”

For what purpose? Notice how this Middle Eastern supremacist omits several pertinent factors. One, he refuses to name the perpetrators. This trend permeates all issues of racial prejudice in Canada.

They will blame us, but never name us. Why not? Logic informs that an element of our society is responsible for the “endless” racism in Canada. Yet, no one–not CBC, CTV, Ahmed Hussen, MP Iqra Khalid, Global News, National Post or Toronto Star ever name the community responsible. So obviously, this is Anglophone Canada.

CAP Conclusion: Ahmed Hussen’s use of the racist branding of Canadian society is not so much an observation as it is weapon to vilify millions upon millions of white Canadians.

Meanwhile, Hussen’s paradise of Somalia is very “distinctive” nation. Consistently coming out in the top ten of most dangerous countries on earth, this back wash of a nation is racist to the core.

Did you know? If a Somalian citizen is caught converting to Christianity, they will be thrown in jail. Death is a distinct possibility.

“Nothing from nothing leaves nothing.” Somalia the Great, Canada the racist hell-hole. Kinda backwards, no?

Such is the state-of-affairs within Trudeau’s “no core identity” nation. Did you know? The Liberal government of Canada send Somalia $30 Million tax-dollars each year.

How does the Somalian Hussen return the favour? By branding European-derived Canadians racists, bigots, and xenophobes. Tell us, Prince Hussen– if Canada is such a racist nation, why is it that an ingrate refugee from a backwash African nation came to be a federal government Cabinet Minister?

Response? The sounds of silence.Cowards, all of these types. Hussen said that the “first step in addressing these issues is to listen to those who are living the reality of anti-black racism in Canada.”

Is this, or is this not, the most tired, tedious cliche of a response known to mankind? It’s always the same pattern with these people– white Canadians are ignorant slobs who need to be “educated” by superior 3rd World thinkers.

Bollocks to this! Why doesn’t Hussen begin the education of the giant component of his beloved Somalia that are 100% illiterate?

Answer: Because this has nothing to do with the objective at hand. Pray-tell, what is this?

Try a transformation of Canada from democracy to dictatorship. Hussen will be over-the-moon when this occurs. Anything else? Yes– the trans-ition of Christianity into a collective garbage can, and the installation of Islam as Canada’s dominant religion.

Won’t the religious supremacist posse within Justin Trudeau’s cabinet and caucus be thrilled at this transformation? Indeed, everything is rolling the globalist’s way as George Floyd is leveraged to disparage and attack Anglophone and European-derived  Canadians.

MP Ahmed Hussen has taken advantage of the George Floyd murder to drive yet another “nail into the coffin” of the element of society he so vehemently despises.