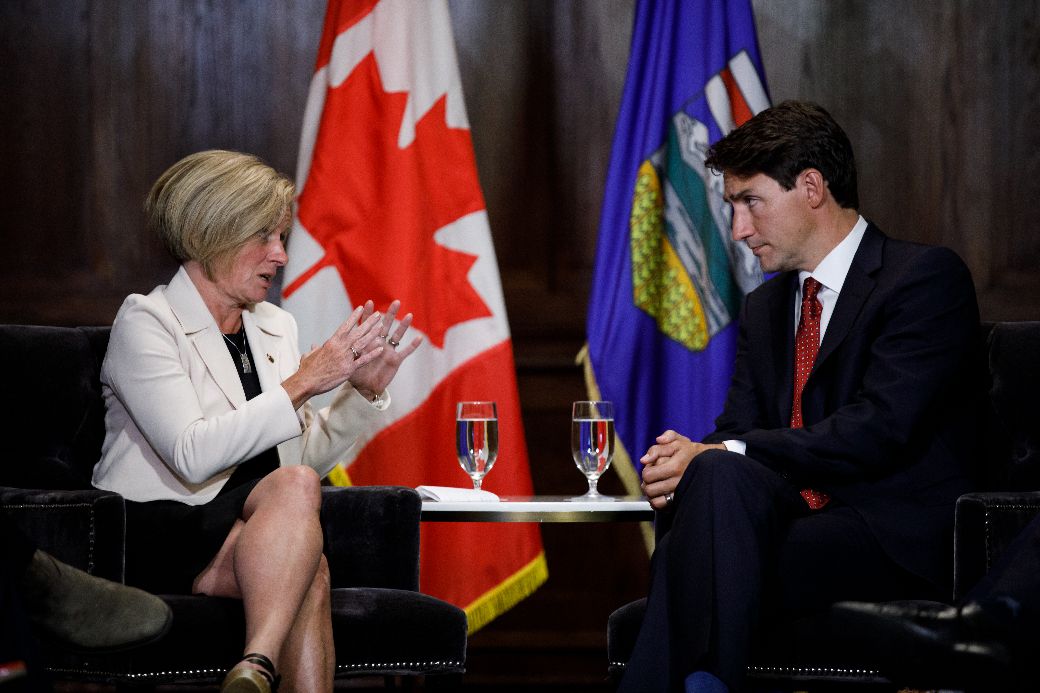 The origin of the phrase “death by a thousand cuts” is found in an ancient practice called “lingchi,” a form of execution used in Imperial China, involving the slicing of the convicted criminal’s flesh until death ensued.

While not as macabre as its original purpose, a similar dynamic exists in the Liberal government’s war on conservative politics in the province of Alberta. In this case, a systematic series of jabs from a sharpened blade are being delivered by Canadian media toward current Alberta Premier Danielle Smith.

CBC, Globe & Mail, Toronto Star, CTV, Global News. Between the lot of them, the paid-off Liberal media puppets are waging a war against Premier Smith and her United Conservative Party.

The attack isn’t even subtle. It’s an all-out assault designed for a singular purpose: to remove Danielle Smith, and replace her with former NDP Alberta Premier Rachel Notley.

It doesn’t matter that Ms. Notley is a political dinosaur. Her tedious ranting in promotion of PM Justin Trudeau’s “Just Transition” energy program(sorry snowflakes– it’s not a paean to transgenderism-for-youth) is just what the woke doctor ordered.

Let CAP state what legacy media never will: the Liberal-NDP wipeout agenda is permeating all aspects of politics in Alberta. The pre-meditated project is a clear and present danger to democracy in the western province, and throughout our country.

CAP made the right call when we stated there was no way in Hades that Nenshi would be replaced by what we refer to as an “Old Stock Canadian.” In this we uncover an undiscovered trend. Once a “racialized” citizen is placed into office, they are rarely– if ever– replaced by an Anglophone politician.

Such was the case when current Mayor Jhoti Gondek took office. What transpired was lifted from the woke globalist playbook, as the nascent Mayor began to reflect the social “values” emanating from the Liberals in Ottawa.

Even more blatant was the “planting” of Edmonton Mayor Amarjeet Sohi. It bordered on the absurd, as ex-Liberal government cabinet member found himself to be the belle of the ball in Conservative-infused Edmonton, Alberta.

How exactly does this work? In a province in which the federal Liberals won zero seats in the 2019 election, suddenly a former Liberal MP is the most popular thing since sliced white bread?

Give CAP a break– this guy had to be planted into office. Two down, the ball is on the 8-yard line. To create a clean sweep, Justin Trudeau, the Liberals and establishment media are at this moment conspiring to remove Premier Smith, and instal Liberal-puppet Rachel Notley as Alberta Premier.

Translation: Premier Smith promises much, but then caves in, again presenting her as unsure of herself. Which is, of course, antithetical to the manner in which Smith is running the province.

Wanna know what Canadian media hate about Danielle Smith? Here it is:

Ms. Smith actually cares about her constituents. She is making a sincere effort to work in the best interests of Albertans. As such, media hate her for it.

In order to receive a blessing from the demigods at CBC, one must follow a particular political creed. Number one, you must hate the identity, heritage and history of your country.

Secondly, rather than work for the benefit of Canadians, you must bust-your-hump on behalf of “developing nations” of the Third World. Somalia, Sudan, Senegal— this is what counts in the world of woke Liberal politics.

It is, of course, the exact agenda of PM Justin Trudeau and his political gopher, New Democratic Party leader Jagmeet Singh. Concerned Canadians would do well to ask themselves a pertinent question:

Why are the most successful Canadian politicians those who run down our nation, blame Anglophones for our troubles, and promote China, Khalistan, Sikhism and Islam?

Only within a masochistic society would such a structure exist. This, fellow patriots, is Justin Trudeau’s “post-modern” Canada. You know what’s post-modern about it?

The ultimate goal is a comprehensive transition of our nation to a 3rd World-dominated socialist dictatorship. As a result, all permutations of political Conservatism must be crushed.

This is the goal of media’s attack on Premier Danielle Smith, as well as a calculated replacement of conservative mayors in Alberta’s largest cities.

It is why each day mainstream media are cutting the flesh of Conservatism in Alberta. Next up, the destruction of Conservative politics on a federal level.