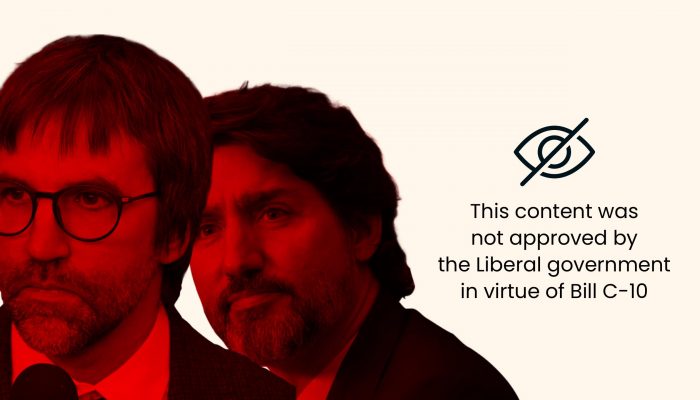 Toronto Star, bastion of Canadian self-loathing, this week published an article which encapsulates the state of federal politics within our nation. It goes like this:

What a quintessential “endorsement” this is. Obviously, the Toronto Star want to destroy any chance of the Conservatives winning a future election. It comes as no surprise. The affinities between this media organization and the Liberal Party of Canada are a sight to behold.

As veritable “blood brothers,”  Toronto Star hate English Canada as much as the Liberals do. In more granular terms, the two are aligned in ideological belief:

English Canada is to be systemically loathed as bigoted colonizers. Meanwhile,  government and media shun the fact that living Canadians hold no responsibility for historical oppression.

United in anti-Canadian spirit, the two depict the Conservative Party as racists, as well as anti-abortion bigots. Their propaganda works like a charm. In fact, all establishment media share the same “values” as the Toronto Star.

The result has been the birth of a “new age” in Canada. Any political party which does not indulge in a loathing for country will have its wings clipped by media. The industry has transitioned from a conduit of objective news reporting to a vehicle for Liberal-Globalist victory.

“The poles holding up the federal Conservatives’ big blue tent are wobbling, raising questions about whether the huff and puff of the next election could just blow it down.”

“Multiple party sources tell the Star that discussions within their ranks these days bring to mind the early 2000s and a fractured right that rendered conservatives incapable of taking down the governing Liberals.”

It is not it “could just blow it down” –it is will blow it down. The Conservatives have as much chance of winning a forthcoming federal election as the ghost of Saddam Hussein has in being appointed the next Pope.  Obfuscation of this reality is simply a ploy to keep Canadians clicking.

A reference to the “early 2000s“ reveals a piece of nonsense utilized to deceive Canadian voters. It comes in the form of referencing historical events to rationalize future political outcomes.

In reality, contemporary politics are entirely separate and apart from all historical references. This condition came into being on October 19th, 2015–the day Justin Trudeau took his place upon the throne of Canada. This is the day Canada was blessed with a post-modern political dynamic–and nothing has been or will ever be the same again.

Verification comes in the form of teamwork between legacy media and the Liberals. These entities have transitioned to the “siamese twins” of political deception. In the spirit of the societies most admired by Justin Trudeau— communist and theocratic Middle Eastern nations– Canada is today ruled by a fusion of government and media.

Not that Team Trudeau and their international backers make this obvious to voters. Yes, they oscillate back and forth between support and criticism. It is nothing more than circus-like performance.

The bottom-line being the very thing government and media will never expose:  governance in 2021 is nothing more than walking through the democratic motions.

Canada is no longer an authentic democracy. With elections coming every four years, it is difficult for citizens to recognize our national transformation. Steadily, incrementally — meaning systemically– Canada is headed for a post-democratic status.

Through this method, when the general public finally catch on, there will be nothing which can be done to prevent the transition. Which is, of course, the essence of the hi-jacking of Canada at the hands of our globalist string-pullers.