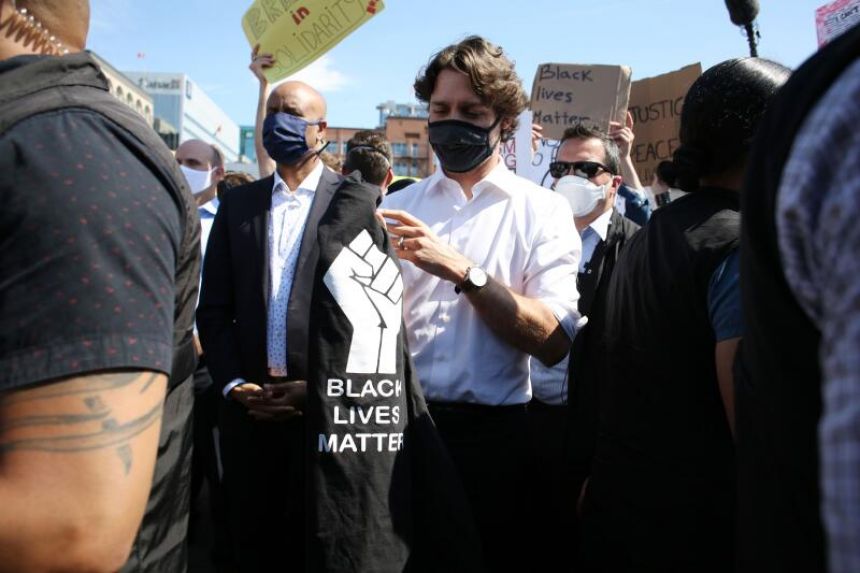 Against the grain of media presentation, Canada’s National Post recently published an article that broke a taboo within society.

The article mentions “white people” in the headline. How anti-Justin Trudeau this is. After five-plus years in office, Canada’s ruling prime minister has not once verbally referenced our nation’s caucasian communities.

Within PM Trudeau’s ethnically-obsessed society, he has yet to make reference to Anglophone-Canadians, “Old Stock” Canadians, or any variation there of.

This is, of course, intentional. Not to say that our prime minister has not alluded to these communities.The man has done this on many occasions–- by tacitly branding Anglophone Canadians racist, bigoted, and xenophobic.

“The Liberal government’s recent federal budget includes a massive expansion of race-based programming, including a new drive for race-focused data collection,funding earmarked for what Ottawa is calling equity-deserving groups.”

“It’s a ramping up of the initiative first began in 2019, when the[Liberal Government began] rolling out anti-racism training within its departments in a bid to combat a federal bureaucracy that they asserted was shot through with “systemic racism.”

How curious it is that within the entire spectrum of “anti-racism” programming, not a single reference has been made to the actual perpetrators of the racism.

Obviously, the guilty are the caucasian citizens of Canada. Thus it is that Anglophone Canadians have been transitioned to an “unspoken of,  demonized” community. Based upon the history of ethnic oppression, an ominous sign indeed.

As Global Affairs Canada materials espouses,  “if you aren’t an anti-racist, you are complicit.”

How Black Lives Matter this is. The irony cuts like a knife. The entire anti-racist movement demands society does not stereotype blacks, Asians, Muslims, Sikhs, or any other non-white community. Meanwhile, the most virulent stereotypes toward “whitey” are perpetuated by BLM.

Extent to which mainstream media question the hypocrisy contained within? Blink, and you missed it–because it doesn’t exist.

Should concerned citizens be surprised? Not in the least. Every move in this attack upon an identifiable community is pre-conceived.

It all rolls up into something 38 million Canadians have heard about– the “Great Reset” initiative as perpetuated by government, media and our educational institutions.

What we have here is a globalist revolution– an unprecedented, pre-destined political and social transformation. Thinking back on examples of the past, one  commonality creates an ominous condition:

Within all political revolutions, a designated “fall guy” community is key to the process. 20th century Europe, Cambodia in the 1970’s— you name an example, and a designated “villain community” has been an essential component.

Under Justin Trudeau, Canada’s unspoken revolution involves a national transformation from a free and democratic society to a communist-inspired  socialist dictatorship.