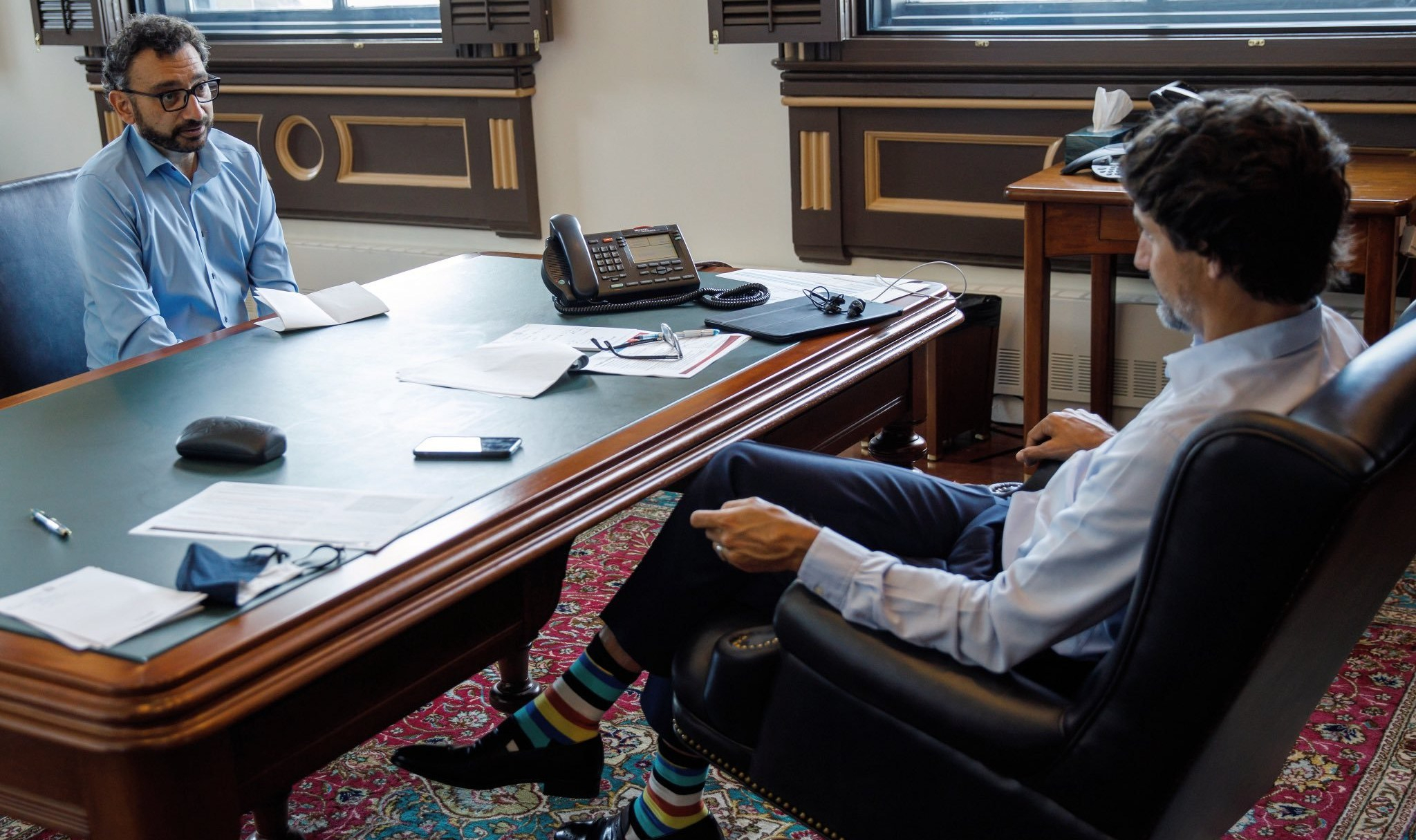 How do they get away with it? There appears to be a consistency within PM Justin Trudeau’s Cabinet that should alarm all Canadian citizens.

In late summer 2022, Latif Marouf was listed as a senior consultant for the Montreal-based Community Media Advocacy Centre, a non-profit that has been working on building an Anti-Racism strategy for Canadian broadcasting.

After which Marouf was exposed as a virulent racist toward identifiable communities in Canada.

“Canada’s Minister of Diversity, MP Ahmed Hussen called Mr Marouf’s tweets “reprehensible and vile” and cut all funding to the organisation. But not before he was accused of knowing the status of Mr. Marouf previous to receiving his government grant. Liberal Cabinet Member Hussen is currently a half-citizen of Somalia.

This week, another case cut from a similar cloth has been exposed:

“Conservative MP Melissa Lantsman blasts Trudeau’s transport minister Omar Alghabra and other MPs for meeting with a known Holocaust denier and anti-Semite, demanding to know whether he will apologize and denounce the individual.”

Liberal Cabinet member MP Omar Alghabra is a former President of the Canadian Arab Federation. Known for assisting Mr. Trudeau in his successful capture of the Muslim-Canadian vote, Mr. Alghabra is currently a half-citizen of Syria.

According to True North News, Nazih Khatatba, editor of Meshwar Media described a mass murder at a synagogue as a “courageous act.”

“The MP who made the invite – Liberal MP for Scarborough Centre Salma Zahid – has failed to take responsibility.”

Liberal MP Salma Zahid has the privilege of holding not one, but three citizenships– Pakistan, U.K. and Canada.

Any readers note a consistent pattern at play?  Turns out that imported Liberal MP’s may be promoting the very thing that boss-man Trudeau hold so dear to his blackened heart: the fight against racism.

Sounds a tad hypocritical, no? Of course it is. After which we recognize the game-plan inherent in all of this. Justin Trudeau is transitioning Canada to a socialist state, inclusive of Islam as society’s number one religion.

What else should Canadians expect on this basis? CAP will go first: much more of the very same.

“Imagine for a moment that it was the Conservatives who kept funding and meeting with anti-Semitic individuals. The media would be talking about it non-stop. Yet, with the Liberals, they get let off the hook.”

Is True North News wrong in their assessment? Unlikely it is. Also unlikely will be any significant fall-out, or repercussions for Justin Trudeau’s hired hands from the Middle East.

As far as the targeted community, CAP doesn’t care who these Mid-East radicals hate. The point is that a breach of the law took place, and that punitive damages will be non-existent.

That’s Liberalism for ya. The double standards never end. Nor, it seems, the impact of “double-agents.”

Justin Trudeau is the person who brought all this to Canada. For his so-called father Pierre Trudeau it was China and its communism. For so-called son, it’s religious fundamentalism.

Media say nothing of the sort. Either they agree, or more likely, are being paid by the Liberal government to keep their mouths shut.

As Mr. Trudeau likes to say, “racism and bigotry have no place in our society.” In the meantime, it appears to have a definite place within the Canadian Parliament.

What a hypocrite he is.