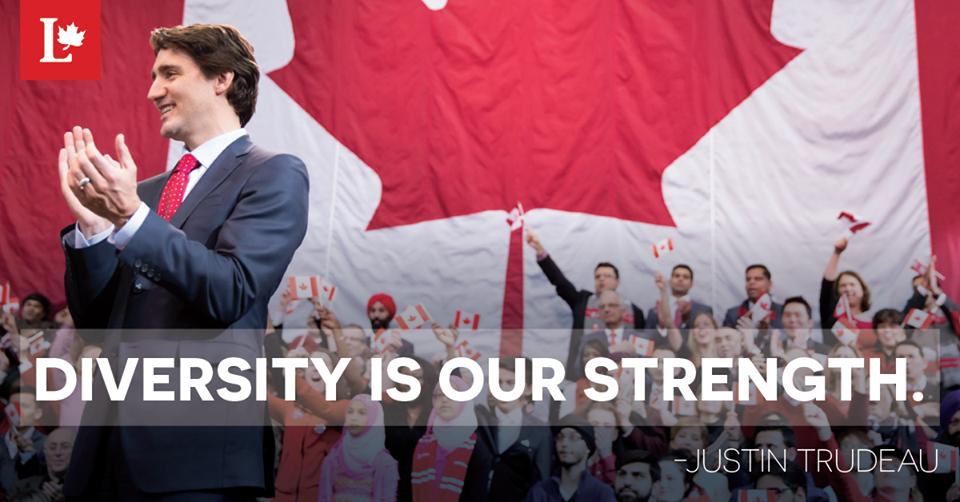 Brad Graham is the vice-president of the Institute on Governance, an independent think-tank headquartered in Ottawa. In a recently released study, Mr. Graham outlines current public sentiment regarding Canada’s hot-button social issues– racism and immigration.

“All ideological cohorts have a negative trust sentiment regarding the ability of public institutions to improve systemic racism; stronger negative sentiment is present at both ends of the spectrum.”

It turns out that Canadians from all political spectrums dislike how Justin Trudeau and the Liberals handle these sensitive issues. No thinking citizen should be surprised. Based on careful observation, one could almost believe the state-of-affairs to be intentional.

“For issues related to immigration, the negative sentiment from the left and far left is based on a belief that government does not do enough to support new Canadians.”

CAP will not mince words: the left will never stop believing government does not do enough. Insatiability being integral to the agenda. Fifty years of mass immigration, including the highest per-capita intake quotas on earth, and nothing has ever been good enough.

Let’s take inventory on the matter. Over the past half-century, how many times has the Liberal left expressed appreciation for Canada’s “open-door” immigration policy? On how many occasions have refugee advocates displayed gratitude for all Canada has done to assist sufferers from the 3rd World?

The answer is never. Never satisfied, always wanting more, nothing is ever good enough. No wonder resentment builds on the so-called right.

“The far right, on the other hand, is negative on immigration and government because it believes that new Canadians get preferential treatment.”

A citizens does not have to be “far-right” to draw this conclusion. Pourquoi?  Because by way of Prime Minister Justin Trudeau, it is a stone-cold reality.

“I always laugh when you see people who are – not many of them, but – intolerant or who think, Go back to your own country,” Justin Trudeau said in the television interview.

“No!” Trudeau continued. “You chose this country. This is your country more than it is for others because we take it for granted.”

Why on earth would a national leader dedicated to community harmony issue such as statement? The answer is obvious: because in reality, Trudeau has no interest in such a thing. Why not? Because social division is the key to national transformation.

READ MORE: Is Canada Being Walked Down A Path Toward A Dictatorship?

Institute for Governance: “In a world that is becoming increasingly polarized, there is temptation for governments to develop “wedge solutions” that play to the sentiments of one ideological cohort while ignoring those of another. In the long term, it will undermine trust in public institutions and democracy itself.”

What a thing of beauty this statement is. Witness the irony– the more ethnic communities assimilate into one another– a condition held sacrosanct by Canada’s Liberal government— the greater the degree of polarization.

What’s up with this social inversion? Does it not fit into our premise that immigration is increasing racist sentiment in Canada? Are we beginning to draw an unspoken conclusion?

Government are desirous of this condition. For what purpose? It is at this point we reference a comment Trudeau made early in the game: “Canada is a post-modern society.”

Only problem is, he never defined the statement, nor did Canadian media.

“In response to the contrasting sentiments regarding trust, the government could lead a national discussion on the importance of immigration to the future of Canada and the inclusion of new Canadians into society,” says the IFG.

But they never do. Not in an inclusive manner. Another paradox thus emerges: our Liberal government are fanatical about diversity of peoples, while maintaining zero interest in diversity of opinion.

Such as it is that there has never been a public forum inclusive of both sides of the spectrum. Institute on Governance speak of opinions of the left and right. They publish polls on the topic, thereby defining this in tangible terms.

But never– as in not once– has government or academia sponsored a forum on racism inclusive of those on the right. Rather, this breed of Canadian is shunned, ostracized, and branded racist, bigoted, xenophobic and homophobic.

What does all this tell us? CAP will go first: it tells our society that racism is being utilized as a political weapon. The end-goal comes back to our reference to authoritarian governance.

Simply stated, our days as a democratic society are numbered. The ruling Liberals are far more interested in communism. So much so, they are leveraging Marxist ideology to establish a neo-Canada.

Diversity is our strength? An absurd slogan to be sure. Diversity has led to Canada’s most fragmented social condition in the past century, and every bit of it is intentional.

3 thoughts on “Left and Right-Leaning Canadians Both Distrust Trudeau On Racism, Immigration”