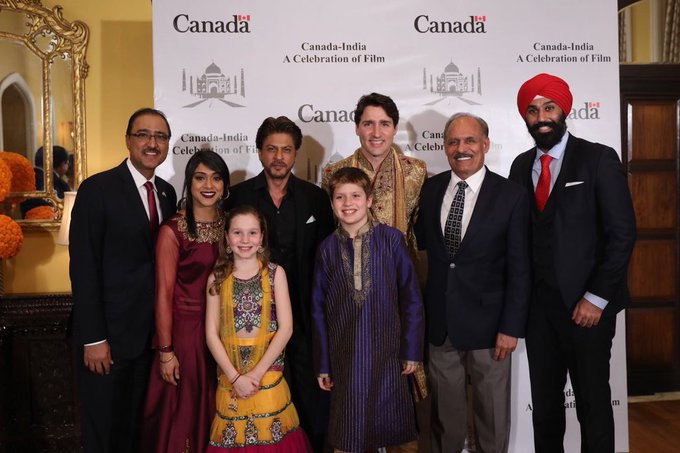 As it is within most countries, legitimate examples of racism in Canada exist as historical fact. The Komagata Maru incident of 1914 is not one of them. At least, nowhere near the extent to which the multicultural industry has labelled it a model of white on anti-white racism. Why the rejection of a boatload of Indian nationalists has come to epitomize our country’s anti-racism industry is a mystery.

The SS Komagata Maru was a chartered ship featured in a challenge to the exclusion of immigrants from India. The event took place throughout the summer of 1914, on the eve of the First World War. The journey culminated in confrontation with officials, police and the military at the Port of Vancouver, and then in a deadly encounter with police and troops near Kolkata on the passengers’ return to India.

“The Komagata Maru steams all the way back to Calcutta, 20 of its passengers are killed in some kind of dockside melee, and the rest of the voyagers are imprisoned.”

Note that the deadly encounter component has nothing to do with Canada. The murders occurred not by way of the Canadian government, but rather the government of India. Still, it’s our fault, say the diversity-pushers.

Away from multicultural platitudes, we discover that the Komagata Maru travelled to our country for political purposes. Set aside by media is a tale of revolutionary and counter-revolutionary intrigue, double-agents, as well as terror and counter-terror relating to rebellion against the Indian government.

Prime Minister Justin Trudeau doesn’t care about any of this. The rejection of the ship fits neatly into his agenda. It must be pounded into the brains of all Canadians that our country is racist:

“Canada will never forget the pain and suffering of the survivors.” said Trudeau in a recent statement. Pray-tell, where does one find the shame and sorrow expressed by the government of India? They’re the ones who committed the murders. On the Canadian side, no act of violence were recorded, let alone murders.

“In 1908, the Immigration Act was amended to include the Government of Canada’s ‘continuous journey regulation’ which prohibited the landing of any immigrant who did not come to Canada by continuous journey from the country of which they were natives or citizens.”

Translation: the ship’s Indian revolutionary leaders broke the law. Not a speck of difference does this make to federal or provincial governments. Media couldn’t care less.

Add to this a piece of historical revisionism. The Global News report in which Mr. Trudeau is quoted states that “Hindus and Muslims sailed to Canada.” It’s the first we’ve heard of that one. Muslims have now been added to the mix. Why not? If you’re going to fabricate, best to go all the way.

Incredibly, in June 2022, an article titled “The Komagata Maru And The Abuse Of History” was published in the Ottawa Citizen. In its text, journalist Terry Glavin spends his time poking numerous holes in the Komagata Maru narrative. Only two years old, such an article would never be published today.

In 2020, “the legislative assembly in the Sikh homeland of India’s Punjab State called on him [Prime Minister Modi] to demand that the Canadian Parliament apologize specifically to India for the atrocities committed on the Indian people during the Komagata Maru affair.”

How can you get more Woke Liberal than this? The Indian government does the damage, and Canada apologizes. Not only this, the initiative comes not from our House of Commons, but rather from the government in the Punjab state. Pushed around much, little Canada? Of course we would be with a national leader like Justin Trudeau. Any excuse to run down our nation as racist, and our PM is there with woke high-beams on. A sad state of affairs it is.

“Mr. Speaker, today I rise in this House to offer an apology on behalf of the Government of Canada, for our role in the Komagata Maru incident. More than a century ago, a great injustice took place.”

Right Mr. Trudeau– more than a century ago. At a time before civil rights legislation existed. Fifty years previous to the United Nation’s Universal Declaration of Human Rights. Before Martin Luther King, Canada’s Bill of Rights, and the Charter of Rights and Freedoms.

Degree to which Justin Trudeau, NDP leader Jagmeet Singh, CBC, Globe & Mail, University of Toronto and McGill University give a damn? Not one iota. Nor have they placed history into context by alluding to racist behaviour in India:

“In the 1970s, Sikhs in the Punjab sought autonomy, protesting domination by the Hindus. Indira Gandhi government arrested thousands of Sikhs during the Indian Emergency. India’s constitution was suspended, 140,000 people were arrested without due process, of which 40,000 were Sikhs.”

“Indira Gandhi was assassinated on 31 October 1984 by two Sikh bodyguards. The assassination provoked mass rioting against Sikhs. During the 1984 anti-Sikh pogroms, government and police officials systematically targeted Sikhs and Sikh homes. As a result of the pogroms 10,000–17,000 were burned alive or otherwise killed. At least 50,000 Sikhs were displaced.”

Then there’s little, insignificant Komagata Maru. Let us toss all this aside, and instead focus on a boatload of rejected refugees to Canada. Placing these incidents in historical context, we come to recognize the absurdity of Komagata Maru commemoration.

On this basis, we recognize an obvious truth: the recognition exists for political purposes. As does the Chinese Head Tax, and Japanese Internment Camp reparations priced at $100 Million Dollars by the B.C. Government. To say nothing of the fact that over 10,000 Ukrainian, German and Italians were also placed in internment camps. They’re European, so we won’t bother with them.

The commonality is obvious: our government wants Canada to be known around the world as a racist, bigoted and xenophobic society. Forget the history of India, China, Pakistan, Iran. Government and media squarely set their sights on the “uniqueness” of Canada as a racist country.

Why? There has to be a purpose. Governments don’t go around pulverizing their own society for no reason. Based on the evidence, it’s fair to conclude that our society is being targeted for national transformation. No country on earth indulges in the degree of self-degradation that Canada does.

It is obvious that a giant social transition is in the works. Based on the treatment of Canadians of European heritage, not a stitch of the benefit will be directed at our communities.