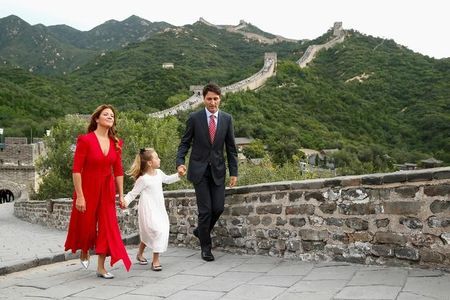 Prime Minister Justin Trudeau said today he is “deeply disappointed” by “backsliding” on abortion rights in the U.S. and around the world, and promised that Canada will remain a staunch defender of a woman’s right to choose.

“Women’s rights are human rights, and we need to send a message that no one — including Andrew Scheer or any member of his caucus — has the authority to dictate to women what they can and cannot do with their own bodies.”

This is all Justin Trudeau ever has to say about the issue of abortion in Canada– the ability for women to control what happens to their own bodies. End of story.

Is the abortion debate really as specious as Mr. Trudeau claims it to be? Not a chance. In truth, abortion is a complex, nuanced social issue–perhaps the most important issue of our time.

What has been held back from the awareness of the Canadian people by by media is that our country has the most open policies surrounding abortion of just about any nation on earth. Which countries do we share this distinction with? Why, that would be North Korea and China.

Why? This can be attributed to a single historical Canadian figure–Pierre Trudeau. It was he who hired a mentally unstable European refugee named Henry Morgantaler to unleash a program of mass abortion upon society. Approximately 100,000 abortions occur in Canada each year. It has been this was FOR DECADES. During this time, establishment media have never placed Canada’s abortion industry in proper context. How do we know this? Because they never wrote about the subject PERIOD.

Now, Justin Trudeau is here to tell us Canada MUST continue to destroy hundreds of thousands of unborn fetuses. This in a nation with a problem of an aging population and workforce

Of course, PM has a solution for this–import hundreds of thousands of large families from the Third World. For this purpose he hired the best in the business– Somalian Refugee Immigration Minister, Ahmed Hussen.

Abortion is a nasty affair. It can be highly traumatic for some women. The procedure is a nasty one–especially if the woman is far along in her term. Did you know? In Canada a pregnant lady can have an abortion at FULL TERM–9 months pregnant.

Why is this not part of the consciousness of the Canadian people? Because media have never informed the public this is the case. Government and media in cahoots–a nascent sign of communism at work. Fitting, as Justin Trudeau is a wanna-be dictator hiding behind a mask of virtue-signalling globalism.

1 thought on “Abortion: The Liberal Government War Against Unborn Canadians”