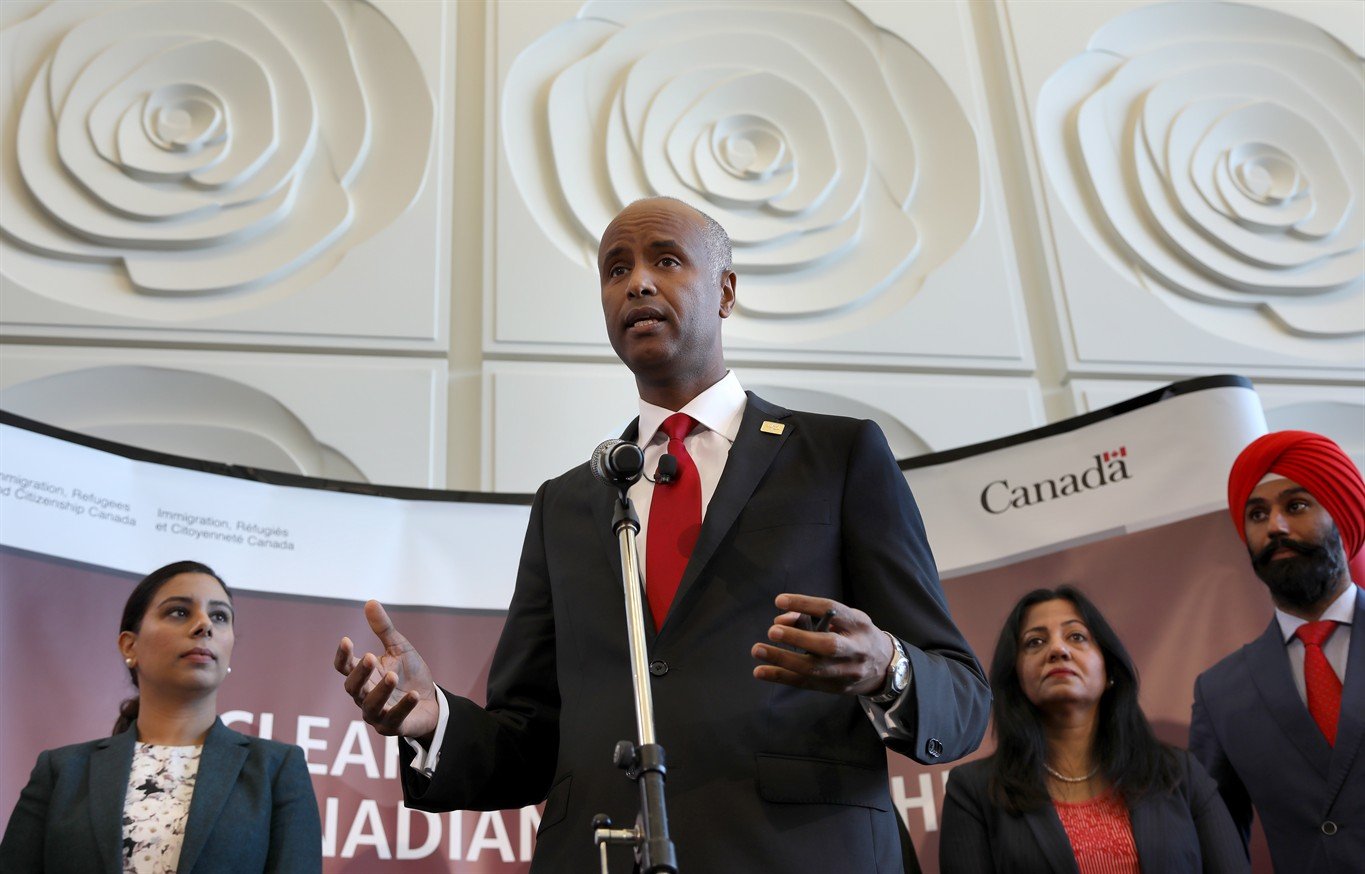 How fascinating these results are. From the Old Stock Canada perspective, CAP cannot think of any politicians more disliked than Iqra Khalid and Ahmed Hussen. After four years of slamming Anglophones as bigots and racists, these people waltz back into power under a minority Liberal government.

To be blunt, white Canadians are not big supporters of these ethnocentric, religiously-oriented politicians. So why did they win? Because the migrant populations in Brampton and elsewhere voted them into office.

Why do these voters control the outcome of their ridings?  Because Third World voters constitute a majority in these ridings, most of which are located in ground zero of globalism– the Greater Toronto Area.

In other words, these MP’s won due to Canadian immigration policy. This has effectively gifted these communities with a great privilege—white Canadians are a minority within their ridings.

But wait a cotton’ pickin’ minute here. Isn’t “minority” status exclusive to Third World Canadian communities? Who has ever heard of the concept of a white minority community in Canada–the term doesn’t exist within the Canadian vernacular.

Rather, what Canada’s illiberal media have done is to hi-jack the term for political purposes. After all, within the consciousness of our society, the term “minority” equates with the oppressed, the hard-done-by, the suffering.

Therefore, Anglophone Canadians are 100% excluded from utilizing the term–even in the ridings of Brampton, Ontario-– where Anglophones comprise less than 10% of the residents.

To circumvent the entire affair, government and media backers utilize sketchy Liberal- Globalist terminology– these ridings are referred to as “Majority Minority” ridings. Now, George Orwell might be pleased with this scenario, but for Old Stock Canada, it is a weapon of destruction.

Taking a look at the five Brampton, Ontario ridings, here are the results:

Please– does this look like “multiculturalism” to you? For CAP, all we see is Sikh mono-culturalism. Why does this situation exist? Because save one or two non-player candidates, every MP candidate in Brampton was a Sikh-Canadian. Diversity in action? Not in CAP’s books.

Rather, we refer to this as Third World mono-culturalism. These facts are the reason why Justin Trudeau sports silk Bollywood outfits, and danced around like a jack-ass over in India. Looks like he succeeded, now doesn’t it?

So, when analyzing the election outcome from the ethnic community perspective–which CBC, Globe & Mail and the rest will never do, we discover who the big winners were in the October 21st, 2019 federal election: Sikh Canada and Muslim Canada.

CAP tend to think long term regarding social developments of this nature. One reason for doing so is that establishment media never do this. Never does the Toronto Star or National Post fill readers in on where these developments mean for the future of our nation.

Obviously, they prefer the people of Canada remain both dumb, and dumber. If not, media may for example provide an opinion on the future of ethnocentric politics in Canada.

To what extent is this phenomenon to ramp up by the year 2039? After all, if Third World mono- culturalism exists in Brampton, Markham, as well as west-coast ridings in British Columbia(Surrey, Richmond) in the year 2019, what will this state-of-affairs be in 2040?

Justin Trudeau and his snarling pit-bull Immigration Minister, MP Ahmed Hussen, have ramped up immigration quotas to their highest level in a century. How will two or three more decades of this effect the situation?

Simple–it will be far more extreme. So CBC says–not! Why not? Please do tell–why does Justin Trudeau’s Liberal-Globalist media people refrain from spelling out exactly where this is all leading?

Simple–government and media do not want the people of Canada contemplating this scenario–so they bury it. Logic informs that the less Old Stock Canada understand what is going on here, the easier it will be to trans-sition Canada into a Third World-dominated nation.

This is the fundamental difference between King Justin, and every previous PM( save Papa Pierre) in Canadian history. Naturally, all this is incredibly dangerous for Anglophone Canada–so media refrain from exposing the reality of the situation.

A question CAP have posited endlessly: Why would Canadian media–whose publishers, editors and journalists are Old Stock Canadian in the main, hold back the truth regarding the pending fate of their own people?

Therefore, one could conclude a “conspiratorial” element to the equation. The wool is being pulled over the eyes of millions of Canadians for a specific political purpose.

Sad to say, but CAP believe English Canada is being set-up for a giant downfall. Justin Trudeau is the figurehead of the destruction. He has been set up to become an ersatz “dictator-for-life.” This is being achieved by way of importing approximately 1.3 Million Third World voters every four years.

There you have it, fellow patriots–your downfall in the making. Along with Justin Trudeau’s victory comes a victory for Liberal Globalist Trudeau Third World Canada.

But remember, Mr & Mrs. Old Stock Canadian— it is YOU who on a daily basis are benefiting from “white privilege.”