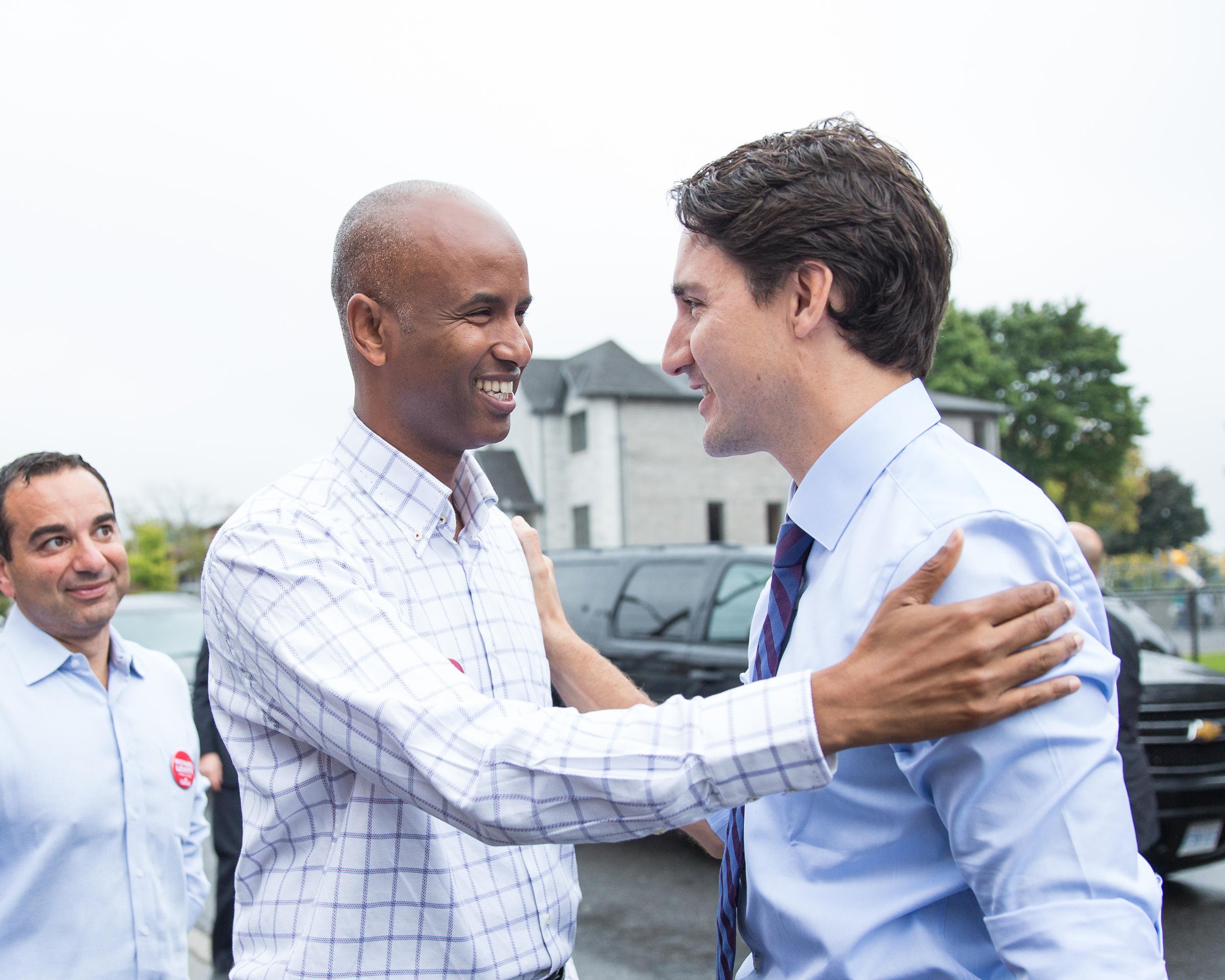 The combined costs to process the aspiring refugees crossing illegally into Canada via Roxham Road and elsewhere over a three year period will exceed $1.1 billion next year, according to the Parliamentary Budget Officer.

The non-partisan federal watchdog’s latest report adds up what it costs to process three years’ worth of cohorts of asylum claimants beginning in 2017 – when the border crisis first flared up.

Let’s hear it for Justin Trudeau…not. The man spent over a billion dollars of Canadian tax payer money on illegal refugees flocking to Canada from the United States. He has never apologized for a tweet which promotes illegal activities in Canada. His side-kick from Somalia, Immigration Minister Ahmed Hussen, perpetually justifies this breach of the law.

Both Trudeau and Hussen share a similar vision for Canada. What they see is a borderless nation-state devoid of true freedom and democracy. Trudeau is working to muzzle those on the internet who oppose his agenda. He is also manipulating Canadian media with “guidelines” for which organizations can access the funding– leftist-globalist media only.

No wonder establishment media constantly smooth out the edges of the mess Mr. Trudeau has made of our society. Blurring the lines between legal and illegal “refugees” is an intentional act. This devalues the meaning of citizenship while eroding national sovereignty. It is done on purpose.

These “successes” result in what Trudeau globalist masters want for the future of Canada. Within secular society, the agenda calls for Anglophones to become outnumbered, and thereby marginalized. Additionally, Islam is to supersede Christianity  as Canada’s dominant religion. No wonder an Islamic Refugee from Africa is our nation’s immigration minister.

The idea that the motivation for the refugee intake is an act of altruism on behalf of virtue-signaller Justin is a falsehood. Helping the poor and suffering has nothing to do the program. Canada is ear-marked for cultural decimation, and has been for decades.

The root of our community’s downfall lies in the ideology of multiculturalism. There is, in fact, nothing “multicultural” about it at all. If it were, it would inclusive of Italian-Canadians, Ukrainian-Canadians, and other European-derived identifiable communities. It isn’t.

What has truly trans-pired is an epic battle for power and control within contemporary Canada. With the assistance of Justin Trudeau, the leading social force in Canada is the Nation of Islam. Next to this, the Sikh Canadian community. Seeing as any form of pride in our nation’s European heritage is by default an act of racism, Anglophones and Christians are left on the outside-looking-in. No community pride permitted, say  globalist slave-masters Trudeau and MP Ahmed Hussen.

Yet, if you are a pink-haired teenager waiting for their next hormone treatment for transitioning from a boy to a girl, you are the apple of Justin Trudeau’s eye.  Conversely, if you support Sharia Law, Female Genital Mutilation like MP Maryam Monsef, it will not prevent you from being given a top government position by way of our prime minister.

Canada is 1.6% Sikh, yet there are four Sikh Cabinet Ministers. Italian-Canadians make up 4.1% of our population. How many Italians have been in Cabinet? Just one, who is no longer part of Justin’s globalist “inner circle.”

Yet, try being an innocent, Canadian-born white taxpayer who dares to ask Trudeau or Hussen a question regarding illegal migration costs. Then,you are a racists, and a bad example of a Canadian citizen.

What tosh. $1 billion dollars  to support Liberals regarding illegal activity at our nation’s border.– all justified by top ranking leaders in government. What a hose-job. Mr. Hussen stated publicly(it has since been censored) he would return to his beloved Somalia if boss-man Trudeau loses on October 21st, 2019.

Apart from Trudeau himself, getting Ahmed Hussen out of Canada permanently would the greatest of gifts to Old Stock Canada. As far as CAP is concerned, he should leave our country RIGHT NOW.