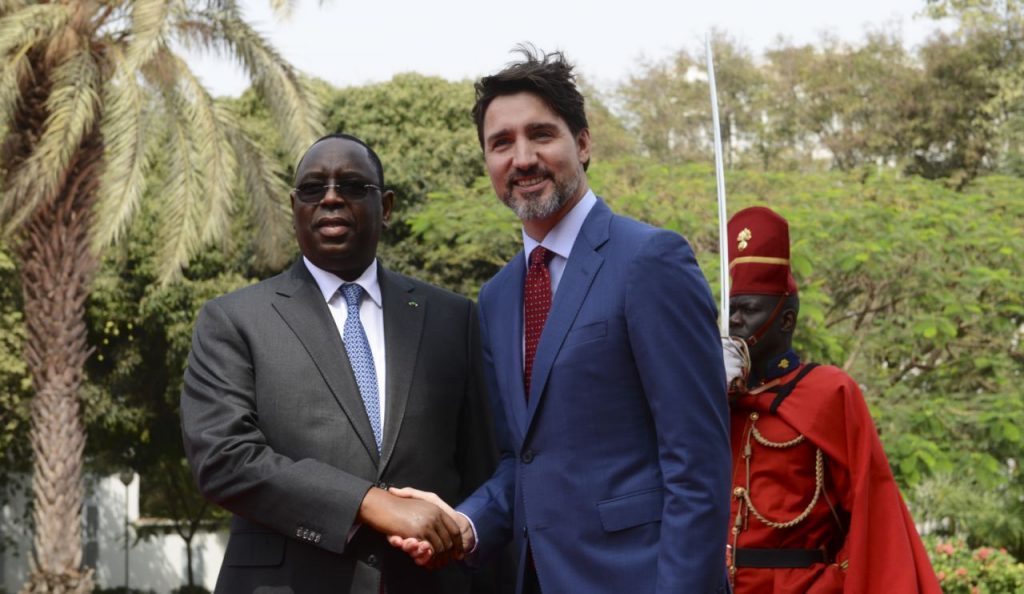 “Divide and conquer” is the strategy:

“To make a group of people disagree and fight with one another so that they will not join together.”

“Within communist ideology– Marxism in particular– a dependance on racism exists as both a source of profiteering, but more importantly as a means to divide and rule.”

“I always sort of laugh when you see people who are intolerant or who think, ‘go back to your own country.”

“No!” Trudeau continued. “You chose this country. This is your country[new immigrants to Canada] more than it is for others because we take it for granted.”

No matter where a Canadian stands on the political spectrum– globalist or nationalist–one fact remains: Canada in 2021 is more of a race-oriented country than it ever has been.

Hardly a day passes by when the issue of racism is not front-and-centre within Canadian media. Prime Minister Justin Trudeau seems downright obsessed with the subject.

Just this week, our PM issued another in an endless stream of race-oriented attacks upon our society:

“There are many institutions that we have in this country, including that big building, right across the street from us, Parliament, uh, that has, and is built around a system of colonialism, of discrimination, of systemic racism in all of our institutions.”

Why have issues of racism, bigotry, xenophobia and genocide become front and centre within Trudeau’s “no core identity” Canada?

Are there specific circumstances which have resulted in this post-modern phenomenon?

Yes, there are. A basic one is the ascension of Justin Trudeau to the office of prime minister. Over the five-plus years that Mr. Trudeau has been PM, issues of race, ethnicity and religious identity have shifted to the top of Canada’s social totem pole.

Why? Has this organically coincided with Trudeau’s time in office? Or rather, could this be a calculated agenda established for a specific purpose?

No surprise– Cultural Action Party go all-in on the latter. From our point of view, Justin Trudeau is desirous of internal conflict within society. Trudeau is not a healer–he is a divider.

The purpose, however, remains ill-defined. CAP suggest it is one of malevolency. A certain “method to the madness” exists at the core of this social development.

READ MORE:  Why Justin Trudeau Has ​NOTHING GOOD To Say About Canada

Here we return to a familiar belief system: the days of democracy in Canada will in the not-so-distant future be relegated to the dust-bin of political history.

What will emerge will be a form of pseudo-dictatorship. Why do we not use the term “dictatorship” flat-out? The reason is that Trudeau’s “post-modern” society is “picking and choosing” within the spectrum of communist ideology.

Our most vehement prediction is a shifting of Anglophone-Canadians to second class citizenship. This is what began with Pierre Trudeau’s so-called “multiculturalism” in the year 1971.

Justin Trudeau is here to bring this to a logical conclusion. In a way, he has already done so. Anglophones in 2021 are a racist community. It is this group of citizens who are responsible for the “systematic racism” our PM will not stop promoting within our nation.

The logical conclusion is the goal Trudeau and his Great Reset-backers are after: a social inversion placing 3rd world Canada at the top of the social order, and Anglophones– or “Old Stock Canadians”– at the bottom.

Hence the  chaos, bitterness and anger related to racial issues within contemporary Canada. The organized pitting of ethnic communities against each other. Utilize 3rd World favouritism to promote resentment and discontent.

Apply communist social tactics to achieve an ultimate political goal. Trudeau & the Liberals did not invent this. In no manner is our ruling prime minister intellectually capable of doing so.

These are “tried and true” tactics assimilated from despots and dictatorships of history. Readers may wish to note that some of these qualify as societies the Trudeau family most respect– Cuba, China and the former USSR.

With these ideas mind we begin to understand the grand design for the destiny of Canada. The main reason for a lack of comprehension in this regard is basic:

Canadian media have been instructed by government to obscure and cover-up the entire sordid affair.