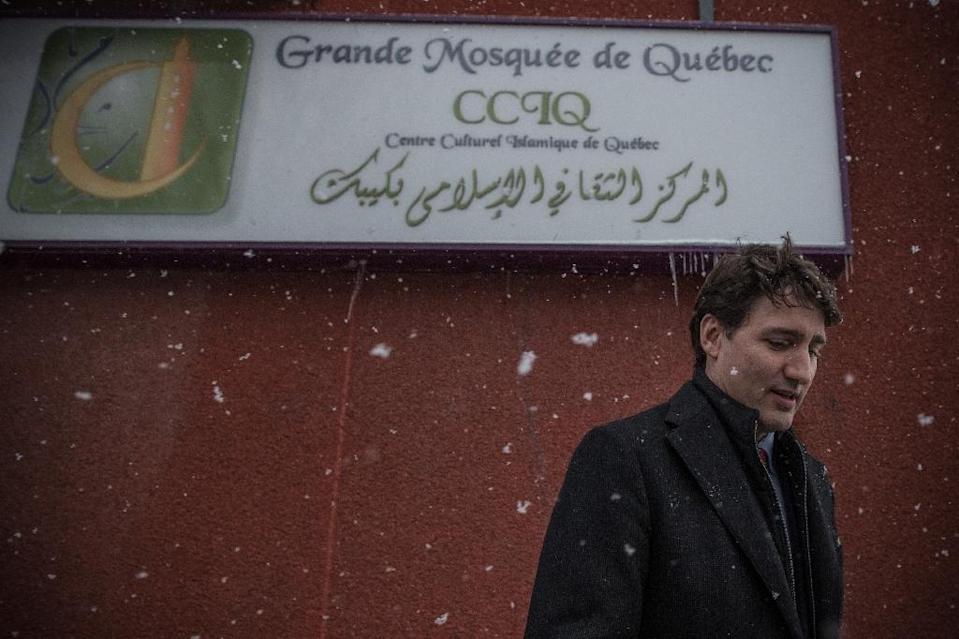 “Not a good look to see PM Justin Trudeau with smiling FM Zarif of Iran after Canadians killed at the hands of Iranian incompetence and malice on Ukrainian plane- not to mention the innocent Iranian protestors‘ killed,” tweeted Bessma Momani, professor at the University of Waterloo

Conservative MP Peter Kent  accused Trudeau in a tweet of “shaking hands with Iran’s chief propagandist and cheerleader for the regime’s terrorist agenda.”

Upon becoming Canada’s 23rd prime minister in 2015, Justin Trudeau made immediate plans to restore relations between Canada and Iran,  an agreement which the outgoing Conservative  government opposed.

Getting the picture so far? Is this activity not counter to the Liberals so-called “hard line” on Iran resulting from current Hijab Protests in Baghdad?

Of course it is. Any informed Canadian worth their salt understands that Justin Trudeau is the Nation of Islam’s man in Canada.

“When a photo and video circulated on social media of Prime Minister Justin Trudeau shaking the hands of a smiling Iranian Foreign Minister Javad Zarif on the sidelines of the Munich Security Conference last week, it was proudly promoted on Iranian television.”

“This was a diplomatic coup for the Iranian regime.”

Quite. Witness as PM Trudeau does a good turn for the Iranian government less than a month after they blew a Ukrainian plane filled with Iranians out of the sky in early 2020.

How Justin Trudeau is this. Call it a bad habit– or intentional behaviour. Any other patriots notice how our PM consistently defies the will of the Canadian people? It occurs when a national leader chooses not to work for Canadians, but rather on behalf of international political and religious entities as Mr. Trudeau does.

If readers believe Justin Trudeau is dedicated to the theocratic Iranian regime, why not tune into the behaviour of the prime minister’s brother, Alexandre Trudeau:

Listed in Alexandre Trudeau’s documentary “The New Great Game” as producers in association, unacknowledged by the CBC, was Iran’s state-funded propaganda arm, along with the broadcaster Al-Jazeera Arabic.

Can you believe it? Alexandre “Sacha” Trudeau once worked for the government of Iran. His film was financed by a branch of their government. In order to fool media consumers, the CBC neglected to tell the public about the Iranian government financing.

Attempting to apply logic, CAP draw a conclusion: when Iran finances such a film, to what degree is the film-maker able to criticize their regime? Likely, the answer is nothing at all.

Both Justin and Alexandre Trudeau are pro-Iran. In addition to being pro-China, and pro-Cuba. Like their assumed father ex-Liberal PM Pierre Trudeau, both men display admiration for communist revolutionaries Mao Tse Tung and Fidel Castro.

We draw our conclusion: the Trudeaus are, in reality, a pro-communist family. While Cultural Action Party and our readers can see the reality of this sordid state of affairs, the same doesn’t apply to a majority of citizens. Why not? This would be because legacy media in Canada have hidden away the truth.

Moving to the present day, we uncover a sad reality:

Trudeau and the Liberals are under fire for permitting senior members of the Iranian government, including security officials, to come and go in this country. For over four years after the House of Commons voted in June 2018 to designate the Iranian Revolutionary Guard Corps as a terrorist group.

“Justin Trudeau says the federal government is bringing in tough new immigration measures against the Iranian regime, which means some 10,000 members of the Revolutionary Guards will be forever barred from entering Canada.”

Do not get too excited about this one. When it comes to the Nation of Islam, Justin Trudeau is a perpetual light-weight. Despite the current uprising, the Liberals still refuse to designate the IRGC a terrorist organization.

This past week, Trudeau and [Deputy PM Chrystia] Freeland stated in a press conference that they would use all the tools at their disposal to hold the Iranian regime to account, to recognize that the Islamic Republic is a terrorist regime and that the IRGC is a terrorist organization.”

To use “all their tools” would be to officially designate the IRGC a terrorist entity.

“The prime minister suggested that the Criminal Code terror listing was not an appropriate mechanism for a state organization such as the IRGC.”

Nor has Canada heard from any members of Trudeau’s Liberal-Muslim Caucus on the matter. Did you know? Against the grain of Constitutional law, our PM has formed a Muslim religious caucus within the Liberal government.

Liberal MP’s Ahmed Hussen, Iqra Khalid, Omar Alghabra meet on a monthly basis to offer prayers to Allah, and to discuss issues related to community suffering. Not one of them has issued a single sentence about the rebellion in Iran.

Not to be enforced, says Mr. Trudeau. The caucus has been in existence for several years.

What a country is Justin Trudeau’s “no core identity” Canada. Seems at least one community has no worries about losing their core.

Pro-Iran, pro-Islam, pro-China. The Trudeau family in action. Degree of condemnation from establishment media? Not one damn word.

“The Ontario Court of Appeal unanimously agreed that imposing the[Christian] Lord’s Prayer as part of Ontario public school opening exercises infringed the right to freedom of religion as guaranteed by the Charter of Rights and Freedoms.”

In 2017, a Toronto Star article stated that “the Peel Public School Board is providing space for Muslim students to pray as a group. The practice has been going on for two decades — as it has in some Toronto public schools.”

CAP has a word for this– all of it. We call it “community privilege.” A condition whereby one identifiable community maintains special status above others. While Justin Trudeau and NDP leader Jagmeet Singh rant and rave regarding so-called “white privilege,” the reality is an inversion of their position on Anglophone Canadians.

The deception of 38 million Canadians by Trudeau’s paid-off media continues to roll.