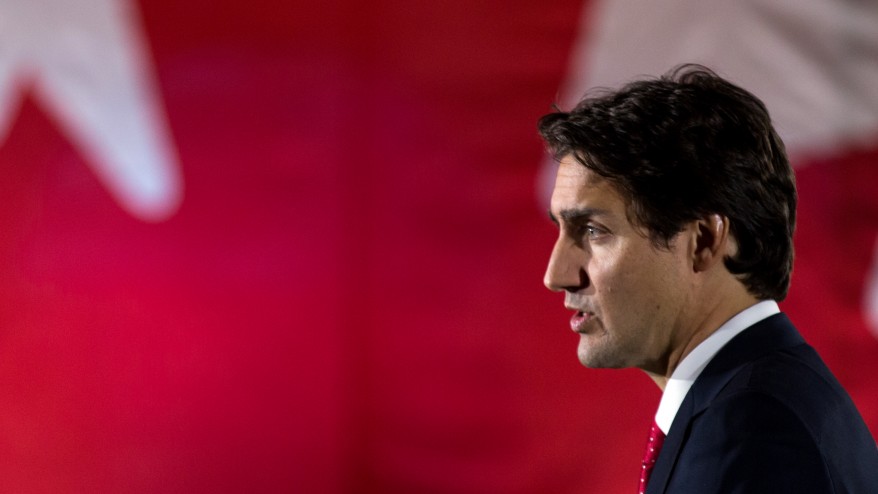 “Vaccines are not a political issue. To try and make them one is dangerous and irresponsible,” states Erin O’Toole, Conservative candidate for prime minister of Canada.

Cultural Action Party concur–it is dangerous and irresponsible. Yet, the time has arrived for recognition of a greater piece of reality: for the ruling Liberal government of Canada, every element of society is a political issue.

Such are the circumstances within non-democratic countries of the world. Such is the authoritarian nature of Prime Minister Justin Trudeau.

Core components of totalitarianism are characterized by extensive political repression, a dictatorial or highly undemocratic government, an extensive cult of personality, large-scale censorship, and limits to freedom of movement, for example the freedom to leave the country.

Let us feed this information through a filter of pandemic-based society. Every point fits neatly into CAP hypothesis- Canada’s transformation from democracy to dictatorship.

The ramifications of Covid have rocketed control of society into the stratosphere. Government today has every right to tell citizens where to go, how to behave, and how they will find themselves in trouble if they fail to follow orders.

Thus eroding the principles of democracy, as well as individual rights as they have existed since Pierre Trudeau added the Charter of Rights and Freedoms(1982) to the Canadian constitution.

In light of all-things Justin Trudeau, the “cult of personality” should resinate for interested parties. Here we refer to something unique to Mr. Trudeau’s qualifications for prime minister–he doesn’t have any–and never has.

The only element our current PM had up his sleeve was his name– thus qualifying him for the “cult of personality” component essential to authoritarian takeover.

Naturally, not all aspects reside in the past. The Liberals position themselves as a “progressive” government. Witness as they now progress to the “large-scale censorship” element of our analysis. This comes in the form of Bill C-10 and Bill C-36, Trudeau’s pending internet censorship bills.

Make no mistake–this is a giant element of a drive toward dictatorship status. In fact, CAP wouldn’t be surprised if this is one of the top motivations for the upcoming election. Yes, it is that important– the very reason why media obfuscate the situation.

In caustic terms, to shut up detractors of anti-Liberal ideology would be a joy unto Team Trudeau. This way, our nation successfully replicates internet structure as it exists in communist nations like China.

Perhaps most clear-cut of all, the quelling of freedom of movement. As manifest in the Covid-Pandemic-Vaccine dynamic, we have all we need to validate this aspect of the totalitarian conditioning.

“The social contract no longer seems to be a matter of middle-class protections and living standards but instead becomes starkly authoritarian.”
“What is clear is that the existing institutions are now functioning to defend the position of the over class, not to uphold the rights and liberties of the underclass.”

What is fascinating about the above quotations is found in their source. These words are not Canadian in origin–they are American.

And yet the dynamic is identical. What can be gleaned from such a circumstance? How about the trite statement that globalism is truly a “global phenomenon.” It is the same everywhere.

Well, not quite. More salient to say that the conditions are the same within western democracies. Recognizing the common thread, we gain insight into the true nature of liberal globalism.

These are the social and political circumstances which have affected Canadian society since the moment Justin Trudeau became prime minister. According to current polls, voters are about to endorse the continuance of our nation’s path toward an authoritarian society. Justin Trudeau’s Liberals will be elected to a third term in office.

Do Canadians truly crave this state of society? Seems unlikely at best. Is a transition from individual freedoms to state control a condition craved by 38 million citizens of our country?

Doubtful at best. The only manner in which this would manifest is if general society did not comprehend the true nature of the current Canadian order.

Interesting to note that within communist and totalitarian nations, government and media are joined at the hip.