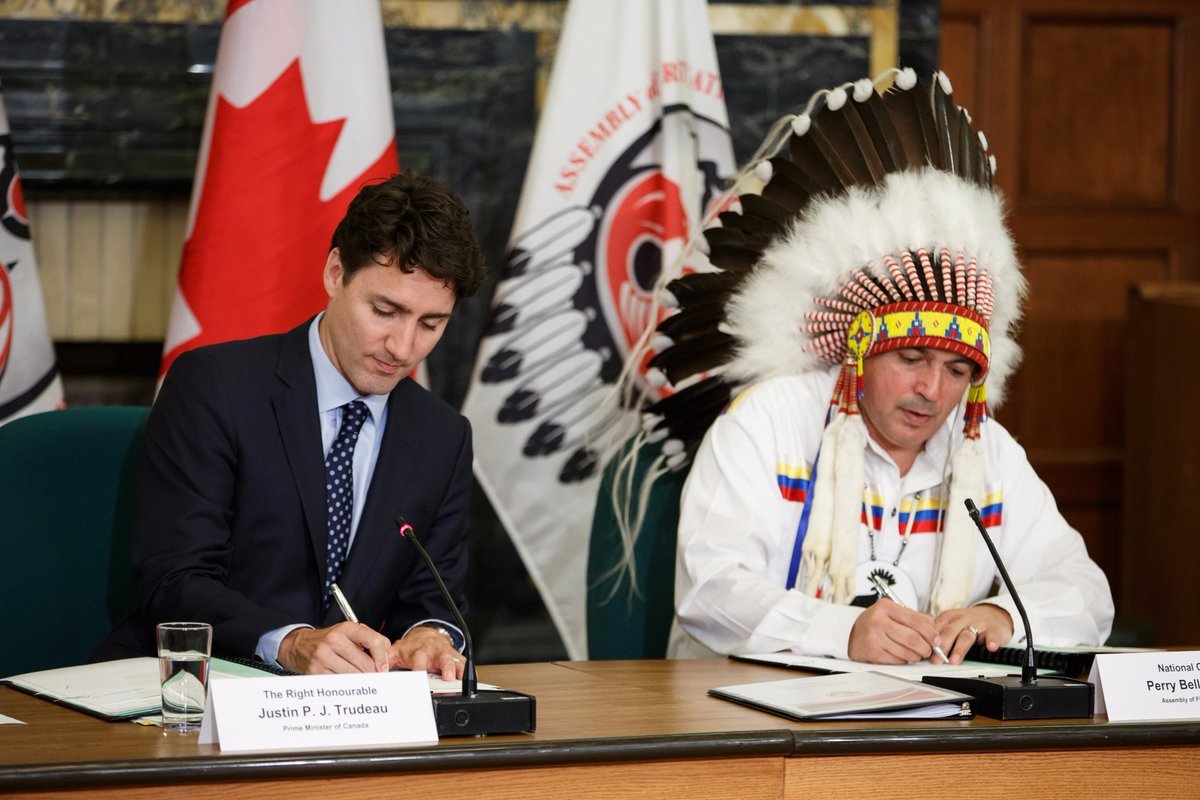 It was just one sentence–yet within the context of PM Justin Trudeau’s agenda of cultural decimation, it means so very much.

“You need to know we have failed our Indigenous peoples over generations, over centuries. And there is no quick fix to it.”

You see, this is why CAP despise Justin Trudeau. Consider his choice of words: “We FAILED our aboriginal communities” says Emperor Trudeau.

So who failed them? Present-day Canadians? The Founder Fathers of Canada? Or is it every Canadian who ever lived?

Talk about hammering general Canadian society over the head. What a pathetic example of a national leader this person is. Even when Canada is caught up in the greatest degree of social consternation in modern history, Justin cannot overlook an opportunity to brand Canadians racists and bigots.

And of course, let’s not forget genocidal:

In June, 2019,  the National Inquiry into Missing and Murdered Indigenous Women and Girls (MMIWG) released its final report, detailing the historic and ongoing genocide of Indigenous women, girls and 2SLGBTQQIA peoples.

Trudeau has said that he “accepts” the inquiry’s findings of genocide. Now, we contrasts this with another accusation of genocide–dead Christians in Trudeau’s hero-nations of Nigeria, Somalia, Iran, Iraq, Afghanistan and Syria.

The interim report said the main impact of “genocidal acts against Christians is exodus” and that Christianity faced being “wiped out” from parts of the Middle East.

A report warns the religion[Christianity] “is at risk of disappearing” in some parts of the world, pointing to figures which claimed Christians in Palestine represent less than 1.5% of the population, while in Iraq they had fallen from 1.5 million before 2003 to less than 120,000.

Extent of Justin Trudeau’s condemnation of these “genocide-like” developments within Islamic nations? You got it right–nothing–not one word.

Let CAP tell you why: Because the perpetrators are “Middle Eastern,” and the victims are Christians. This social dynamic means that by default Justin Trudeau will not–or cannot–make a statement critical of Christian mass murder in Africa.

But regarding Aboriginal genocide in Canada? Justin is all-over-it. Even when context does not call for the racist brand, Trudeau delivers it regardless.

HIDDEN BY CBC: Why Justin Trudeau STANDS BACK While Canada Descends Into Social Chaos

“In 2016 the Canadian Human Rights Tribunal ruled that Canada discriminates against First Nations children living on reserve by not providing the same services available to children elsewhere in the country.”

“Since that time the tribunal has issued the Trudeau government seven non-compliance orders for failing to adequately address the situation.”

Surprised, fellow Canadian patriots? You shouldn’t be. Think about the time and effort it takes for Justin Trudeau to transform Canada away from its condition as a free and democratic society. How much effort it must take to fulfill the task of trans-itioning Christian Canada to second class citizenship status.

Then, consider the colossal amount of money and energy it takes to establish Islam as Canada’s most powerful social community. These things take time and effort–Trudeau is not going to waste this on pesky domestic concerns of First Nations peoples–let alone Anglophone Canadians.

You see, we the people of these identifiable Canadian communities are now a “relic community”  Because CBC is hiding this from our citizenship, Anglophone Canadians are having troubler recognizing a profound social reality:

The future of Canada is non-white, non-Anglophone and non-Christian. Behind your back, Justin Trudeau has trans-itioned these people to second class status, while Canadian media are working hard to keep this reality from penetrating the consciousness of general society.

Any other patriots notice this particular media trend? No matter what the issue– racism,  bigotry toward Christians, xenophobia, homophobia, genocide– all roads result in a condemnation of Anglophone and Christian Canadians.

It’s simply the Trudeau way. Apologies to Sikhs, Gays, Jews, Muslims, First Nations, Transgendered, Chinese— you name it and at the core is a covert branding of Old Stock Canada as malevolent racists.

Media play along, and so do our educational institutions. For what purpose? CAP will tell you:

Justin Trudeau is tasked with stealing Canada from its rightful owners within a democratic society–our citizenship--and transferring ownership to the United Nations, Nation of Islam, Sikh Nationalism, Chinese Communism and homosexuals.

The most odd-ball development in Canadian history–and this Trudeau character gets away with all of it–mainly due to media obfuscation.

Thirty more years of this social structure and Justin Trudeau will have accomplished his number one goal— the transformation of Canada from democracy to dictatorship.