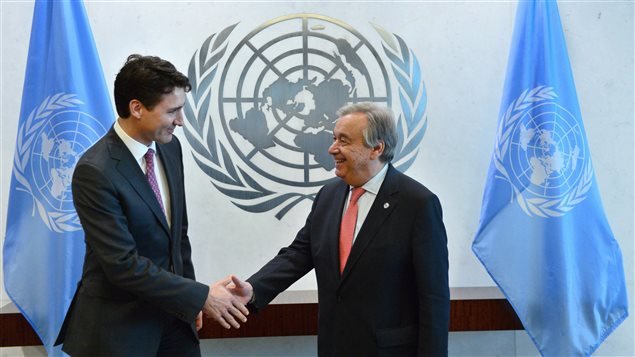 The Trudeau government has made many statements about the primacy of abortion in its policy both at home and abroad,  but none have been as brazen as this.

According to Lifesite News, while outlining Canada’s new foreign policy priorities in 2017 within the House of Commons, abortion was proclaimed a Canadian value and was said to be “at the core of Canadian foreign policy,” by the Minister of Foreign Affairs, Chrystia Freeland.

A Canadian value, eh? So says PM Trudeau– but not general society. Once again, Mr. Trudeau appropriates the consciousness of Canada to inform us of what we all believe.

Where does he get off doing this? Simple– he is a Trudeau family member. Therefore, he believes he has the right to proclaim his subjective opinions to be one and the same with those of 38 million Canadians.

Enough to suggest that Mr. Trudeau has mental problems related to narcissism and megalomania.  Abortion is an intricate issue– in no way is it simple and straight-forward. Life and death, mortality, right-to-life– these are complex social issues. People are passionate from both sides– Pro-Life and Pro-Choice.

How does Justin deal with the nuances and complexity of abortion? With a single sentence, and nothing more:

“Women must have the right to control their bodies.”

That’s it, folks–end of story as far as King Trudeau is concerned. Result? An increase in social consternation, as the two sides of the abortion coin battle it out for dominance.

Of course, how could the pro-life folks ever dominate in this debate. Papa Pierre Trudeau set the ball in motion with his “no-term-limit” approach to abortion in Canada. No length-of-pregnancy restriction exists in Canada.

Outside of our country Mr. Trudeau true colours are shining through. Under his global abortion plan, over $7 BILLION(not million) will be extracted from Canadian tax-payers throughout the coming decade, and handed to 3rd World governments to abort their babies en masse. In Kenya, and a number of African countries, abortion is presently illegal. Trudeau doesn’t give a damn. Perhaps for him, Bill Gates’ personal interests take priority over the law.

Why is this all this so essential for Justin Trudeau? Does his job description not call for him to work for Canadians first, and then beyond this, assist with the problems of Third World nations? Has he not reversed this process? What should we call $7 billion dollars–chopped liver? Why does he do this? In truth, no one knows. Yet, there must be a purpose. We know there is no benefit for Canada– with Justin, there never is.

It’s a darn mystery, as everything is when related to this odd-ball PM. Consider what a $7 billion cash injection into the Canadian economy would do for our nation. Deficit reduction. urban infrastructure improvements. New schools and libraries. Improved health care. Clean-up of environmental damage. Clean water on First Nations reserves. Housing those sleeping on Canadian streets.

Instead, the funds go to African nations to pay for mass abortion. Is it not obvious  that something is desperately amiss within this dynamic? Who does Justin Trudeau work for– the people of Canada, or the people of Africa? If a referendum were held today on the topic, would a majority approve his $7 billion pay-out?

Of course not. Yet, we will never find out– because it will be a freezing afternoon in the Sahara desert when Trudeau would approve a referendum in any form. Why do we say this? Because a referendum is democratic in nature. It is a“voice of the people”–therefore PM Justin has no interest.

Abortion in Africa may have relevance–for African nations, and their governments. Therefore, it is the responsibility of these governments to resolve their social issues. Should this funding really be the financial responsibility of Mr. and Mrs. MacKenzie of Kitchener, Ontario? Mr & Mrs. Smith of Salmon Arm, B.C.?

After six-plus years of political malarky, CAP cannot think of a single move Trudeau has made which provides a pure, unadulterated benefit for Old Stock Canada.

Not one thing. What he has done, and will continue to do if victorious, is “nickel and dime”  Canadians to maximize taxation revenue intake, which then gets shipped to Africa. It’s a veritable bleeding dry of the populace.

At present, Old Stock Canada exist as nothing more than a taxpayer base for our PM to play globalist god. Justin Trudeau has single-handedly made Canada the western world’s foremost promoter of world-wide abortion.

15 thoughts on “Justin Trudeau To Spend $7.1 BILLION Dollars On Abortion In Africa By 2030”