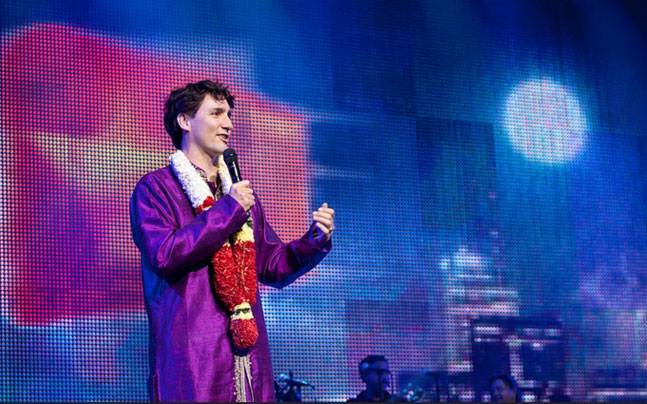 The two bills are C-69, legislation that would change the way regulatory authorities evaluate and assess proposed new major resources projects, and C-48, the Oil Tanker Moratorium Act, which, if passed, would prohibit any oil tankers off of Canada’s northern B.C. coast. Both bills have cleared third reading in the House of Commons.

No surprise, Cultural Action Party have an alternate theory on PM Trudeau’s motivation regarding the Trudeau government’s motive. Namely, that Justin has no interest in national unity in the first place.

Rather, the man is off on a political tangent which has little if anything to do with fostering national unity. Justin Trudeau is, in fact, Canada’s GREAT DIVIDER. East versus West, Environmentalists against Corporations, Pro-Life vs Pro-Choice, Christians against Muslims, etc.

Why? Because Mr. Trudeau does not work for Canada. Certainly not in any capacity which leads to a cohesive, united society. Instead, Justin works the will of the United Nations, Nation of Islam, and an international banking cabal he is enslaving our nation to by way of unprecedented deficit accumulation.

All of this adds up to an agenda to TRANS-form Canada away from its traditional heritage– Anglophone, Francophone, European and Christian. Justin Trudeau has proceeded to vilify these communities as the nemesis of all others– First Nations(Genocide), Sikhs(Komagata Maru apology), Muslims( M103) and LGBT( apologies).

This is the true Justin Trudeau. Throughout the entire process, establishment media have NEVER put together the pieces of the puzzle to arrive at the conclusion that our PM maintains a malevolency toward specific Canadian communities.

The six premiers are correct– Trudeau is threatening national unity. Too bad their conclusion as to his motive stops short of the full truth. There is a much bigger picture at play here. Trudeau is out to TRANS-form Canada into an entity NO ONE asked for— a post-modern nation state devoid of core identity- a euphemism for a post- ANGLO-CHRISTIAN society.

Land-locking Canadian oil is part of the plan. Who does this benefit? As with every major decision made by the Liberals, the benefit goes to NON-CANADIAN entities. In the case of the Alberta Oil Sands, the benefit goes to American Environmental groups such as Tides Corporation. Secondly, oil-rich Middle Eastern governments who profit more when Canada produces less oil.

Justin Trudeau is unique among Canada’s previous twenty-two prime ministers. Despite father Pierre’s animus toward Anglophones and Western Canada, even he didn’t have the destructive impulse spawn Justin maintains toward those who elected him into office.

Turns out the prime minister of Canada also doubles as the PRIME HATER of Canada. How in any manner could this be beneficial to contemporary Canadian society?