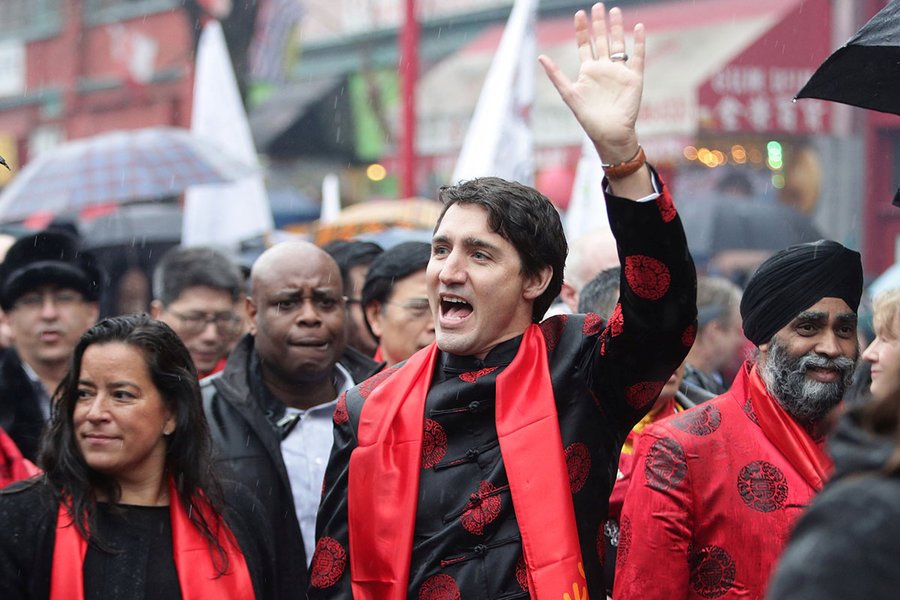 According to Prime Minister Justin Trudeau, “When you see a toxicity beginning to spread on platforms, a lot of good people step away from those platforms and you end up with just pools of toxicity.

“So it’s very much in the tech sector and platforms’ interest to try and make sure that they’re creating spaces that are valuable to citizens and community.”

First of all, it is Justin Trudeau who is a “pool of toxicity.” From day one Trudeau has exacerbated social conflict within Canada. Start with elevating Islam to a higher rung than all other religions, and go from there.

Secondly, his social media muzzling is not “valuable to citizens and community,” it is valuable to Justin Trudeau, and his globalist agenda of cultural trans-formation. If Justin can shut up Canadians opposing his world view, he has a better chance of fulfilling his goal of being entrenched as dictator-for-life in the manner of his political hero Fidel Castro.

Trudeau said he’s prepared to impose regulations if the tech titans don’t take it upon themselves to resolve the problems.

“I’d much rather do it in partnership with platforms but, if it comes down to it, we will take measures that we will regret having to take because our imperative is to keep citizens safe.”

Oh, for sure, eh? Trudeau’s dedication to “keeping Canadians safe” is to import convicted ISIS murderers into Canada, and re-instate their citizenship. What a lying waste of space.

The entire affair is rooted in SELF-INTEREST. Next to this, a cast-in-stone dedication to the United Nation’s agenda for the future of Canada: fill this big, empty land with tens of millions of Third World Migrants. Trans-form our nation into a Salvation Army for legal and illegal refugees. Take BILLIONS of tax-dollars from hard working Canucks and ship them off to non-democratic, despotic African and Middle Eastern nations. Stir until national decimation is achieved.

Justin Trudeau’s word is worth its weight in NOTHINGNESS. A hollow shell of a national leader he is. The good news is that after three years of media obfuscation, our PM’s behaviour has been so outrageous media can no longer cover up his inequities

As a result, the public have caught on to the big picture. Thank whatever God you like, as this aspect of the Liberal Propaganda Performance is essential to BURY  King Justin in the political sands of time.

May this very thing occur on voting day- October 21st, 2019. Get out and VOTE. Remember, in this capacity Third World Canada are organized in a major way. Driving bus loads of Sikhs to polling stations. IMAM’s pushing Muslim voters to vote their way, as well as soliciting candidates to run for office from their pulpits.

This is what we are up against, and this is why Comrade Justin incessantly panders to these folks. Naturally, media SAY NOTHING of this aspect of the federal election. Winner: Third World Canada. Loser–everyone else, save LGBT Canada.