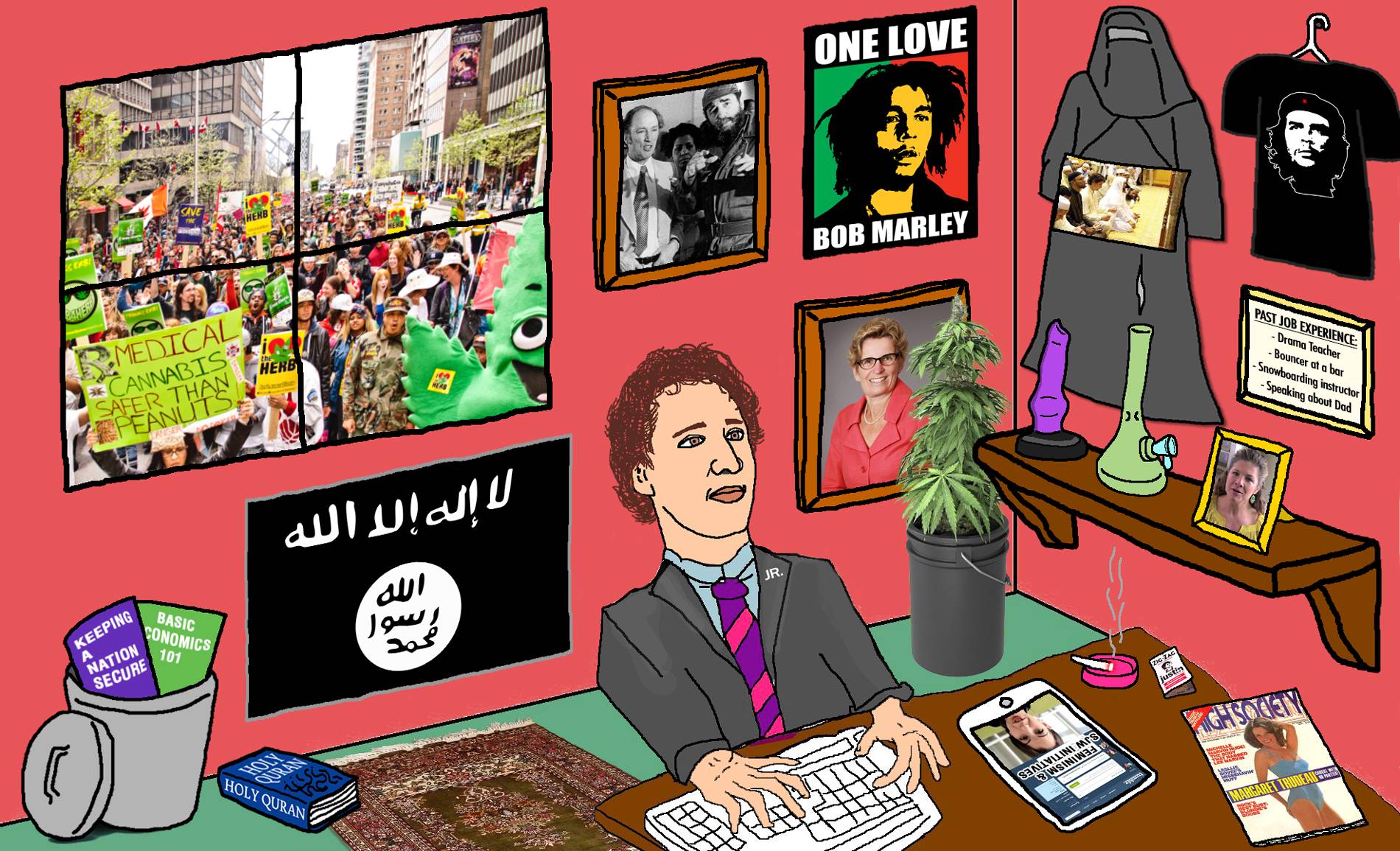 
Taking to the micro-blogging website, the Canadian PM said, “Canada stands with the UK after today’s suspected terrorist attack in London, and we’re grateful for the first responders and people who bravely intervened.”

While this commentary is all fine-and-dandy, a common theme emerges yet again with Trudeau’s public statement– he fails to mention the perpetrators, what their motivation is, what organizations they may be affiliated with, or any other aspect of how Islamic ideology may have influenced the act of terror and murder.

Frankly, Mr. Trudeau is always like this. Not once has this Third World-pandering globalist ever mentioned Islam, ISIS or any other militant Muslim organization involved in myriad acts of mass terror.

Why is he like this? Why is Justin Trudeau such a coward that he cannot explicitly name the Islamic component within these incidents?  Is this man, for example, the ruler of Iran? How about Saudi Arabia? If not, why is PM Justin Canada’s premier defender of fundamentalist and militant Islam? Did he not bring some 60-odd convicted ISIS terrorists back to Canada without any form of mandate to do so?

Why is the prime minister of Canada perhaps the greatest political champion of geo-political Islam in the western world? Why do media bury the fact that this is the case?

Many questions–zero answers. On a more personal level, one reason  may be that this man is an incredible coward. A spineless, wussy-type of a PM. How sad and pathetic this is.

Or is it that Mr. Trudeau has no choice in the matter. CAP believe this to be viable theory. It is logical to state that if international forces such as the United Nations placed the crown upon King Justin’s head, then he cannot defy these forces.

What does this tell informed, common sense Canadians? How about the idea that Trudeau is nothing more than a political puppet, having his strings pulled by various global forces– international banking(George Soros), open border ideology(also Soros), geo-political Islam, Sikh Nationalism, and other nefarious forces from beyond Canadian borders.

An additional CAP observation: the manner in which establishment media present this terror act and others to the people of Canada. Try this: in your internet browser, search on the term “London Canada Terrorism.”

Several articles published in Canadian media should come up. Notice the commonalities– not one of them references Islam in the article headline. As one reads through these articles,  count the number of verbal references to Islam. They are minimal at best.

Now, consider Canadian media articles which speak of  so-called “racism” in Canada. They are jam-packed with references to Neo-Nazis, white supremacists, Mr. “AH,” and a variety of related nastiness directed toward white Canadians.

See the difference? CAP sure as heck do. This is called “rhetoric”-– the messaging implicitly stated within the media piece. CAP found one recent article on racism in Canada which mentioned the Nazi or Neo-Nazi nine times within the article.

Yet, when an Islamic terrorists murders three people in cold blood, CBC, Globe & Mail and the rest reference Islam minimally-if at all. Justin Trudeau never refers to Islamic terrorism period.

Why would this situation be the case within a western liberal democracy? Why would those who constitute the majority of the Canadian demographic–Anglophone Canadians–be subject to a rhetorical assault upon our people, while the Nation of Islam is all but indemnified?

A GIANT question, indeed. Therefore, one you can kiss goodbye forever in terms of media scrutiny. Fellow patriots– this is the true Canada under Comrade Justin Trudeau.

This man works on behalf of Islam, not Canada. And the simple truth is, media are exactly the same. When government and media fuse into a singular entity, communism is “in the house.”

There is not a Canadian alive who should be surprised by this state of national affairs. If media did not work to obfuscate the entire agenda, 37.5 million Canadians would fully comprehend the reality of the situation.

To repeat, why would this situation be the case within a western liberal democracy?

CAP Response: Because 2019 Canada is  a “liberal democracy” in name only. No surprise here– Justin Trudeau is  the prime minister of Canada in name only.

Seeing a certain theme here? Too bad 95% of Canadian do not. What our nation has for national leadership is a pseudo-socialist government. Trudeau is a pseudo-dictator, and his media puppets have been reduced to pseudo-journalists.

Mix it all up with a strong dose of Marxist-Canadian academia, and presto!  Out pops a charlatan “democratic” government deceiving our citizenship as to the true nature of governance under King Justin.

From democracy to dictatorship. It began with Pierre Trudeau in 1967, and under spawn Justin, the program has accelerated to the degree that what Canadians see as government, and what government truly are, is two entirely separate political entities.

2 thoughts on “Justin Trudeau “Stands With U.K.” On Terror Attack, But Not AGAINST Islamic Terrorism”