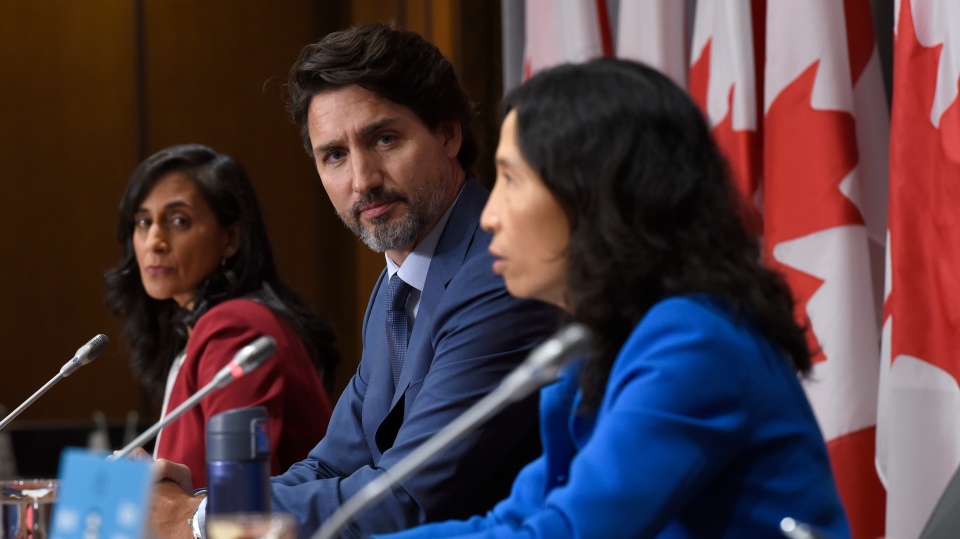 “You must self-isolate for two weeks when you get back[from travel outside Canada]” Justin Trudeau stated in a media video presentation dated January 5th, 2021.

“You need to take this seriously. Not following the rules could mean real consequences, including fines and prison time.”

Beyond this statement, PM Trudeau offers no details. When questioned on the obvious– Liberal MP’s who violated these conditions over the holiday season– our PM skirts around the issue.

Trudeau offers no reference to any form of punitive measures. The general vibe of the presentation is one of the prime minister attempting to play “tough guy.”  His  high-pitched tone and nervous tension in delivery belie this idea.

Interesting to note that the source article/video comes from uber-leftist Vancouver-based media outlet, The Georgia Straight. This in itself is not a big deal, however what is worthy of note is that no other media outlet in Canada has thus far picked up on Trudeau’s statement.

Seems to CAP that a mention of Canadian citizens doing “hard time” for Covid breaches is worthy of nation-wide exposure. Regardless of Justin’s entirely feeble presentation, as well as lack of tangible consequences, finding oneself behind bars smacks of something of the totalitarian variety.

CAP has been wondering all along if an alternate purpose exists regarding the Great Pandemic era of Canadian history. One thought is that the Covid debacle is functioning as a veritable “warm-up act” for what will follow.

One thing even Liberal snowflakes would be forced to agree with is that Canadian society has undergone a giant about-face as a result of pandemic dissemination.

The dawn of year 2021 finds society slapped with endless rules regarding all aspects of daily life. Where one can stand, where one can sit, proximity to other human beings. We are talking the very base elements of human interaction that have existed since time immemorial.

Is there something in this that perhaps Justin Trudeau and his Liberal Cabinet understand that presently alludes our general population?

CAP believe this to be the case. Call it a “conditioning” of sorts. More specifically, a massaging of the general public to become accustomed to an increase in the regimentation of daily life. A certain conditioning in terms of doing exactly what government instruct citizens to do.

There is more: for one thing a decrease in our citizenship’s ability to question government decision-making. Has Covid not insulated all three levels of government– federal, provincial and municipal— from being contacted or questioned by the “little people?’ In a recent test of sorts, CAP attempted to contact all three government levels in our riding. All of them were unavailable due to the Covid epidemic.

Is there any form of governance that rings a bell in terms of the social structure alluded to herein? Under what form of government is the “body politic” isolated from its political representatives?

Here’s a significant trend Cultural Action Party has noticed of late– the three levels of government today share the same ideological views on immigration, refugee status and diversity. If we didn’t know better(we don’t), what were once divergent government institutions have solidified into a singular elitist class.  This being a hallmark of a dictatorial nation, without doubt.

In which nations are citizens unable to question government authority? Would China be an example of a society where one could be thrown in jail for not following health orders?

It is here Canadians may well discover an answer to the pandemic riddle. Does this scenario not sound like has been torn from a page of the “Communist Manifesto,” so to speak?

Justin Trudeau is pushing citizen compliance to pandemic regulation to the maximum level. Now he is speaking of jail-time. Could this be the future of  Canada beginning to come to fruition? Is this the reason  CBC and corporate media never speak a single word about the destiny, or long-term fate, of our country?

For thinking Canadians, it is best advised not to rule this one out.