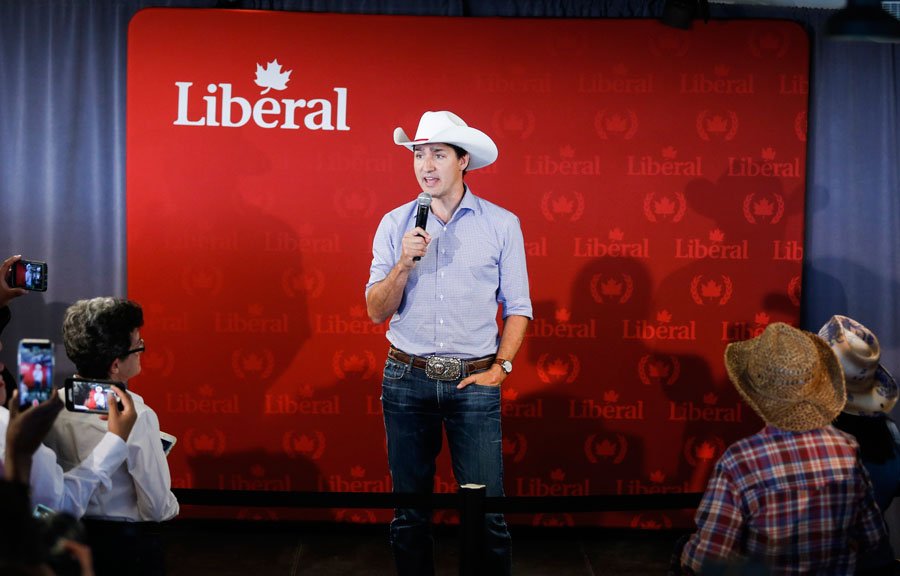 Justin Trudeau–destroyer. Since the moment this odd-ball of a prime minister seized control of the consciousness of Canadian society, separatism movement in Canada have doubled–from one to two.

What an accomplishment. Absolutely stellar stuff- if you are a person who enjoys the potential break-up of Canada. How dis this situation trans-pire? The number one reason–with a silver bullet–is the “leadership” style of PM Trudeau.

Fact: This curious politician managed our nation so poorly that Alberta did not have a single Liberal MP elected in the October, 2019 federal election. Ditto for the province of Saskatchewan.

Talkin’ about a revolution–but of course, not according to CBC and the rest of King Justin media slaves. Yes, they have written about the nascent “Wexit” movement. However, Canadian patriots would be wise to heed the following:

Every comment from establishment media has slammed Wexit--and they are far from done yet. Interesting tid-bit– when validating this anti-globalist plan, media always turn to the so-called “experts.”

Who are these gang of Stephen Hawking-like ones? Canadian academics, of course–the most globalist creatures one can find standing upon Canadian soil–the brainwashed self-haters from Hades. Or less hyperbolic, the professors from McGill, U of T, York, Ryerson and the other major Marxist educational institutions which reside in Canada.

“Visionary or villain, he’s the pied piper of Alberta’s Wexit. But is the movement heading in a dangerous direction?”

CAP founded this example after a two-second internet search. Does this not substantiate what is hereby presented? Mr. Mosleh doesn’t want Wexit, nor does Toronto Star and therefore– nor does Trudeau, advisor Gerald Butts or Immigration Minister, MP AHmed Hussen.

Not that they don’t work toward certain forms of national destruction–CAP believe they most certainly do. Yet, based upon the synergy of the push-back from the Three-headed hydra, we believe this is not the exact form of destruction they had in mind.

What message does this deliver? Try the “government versus the people.” A societal divergence resulting from four years of the Trudeau-Globalist ideological assault on Old Stock Canada.

Government forcing an agenda the people do not want. Ring any bells? Is this not a de facto standard within communist governments of Cuba and China? Sure it is– the exact reason why Trudeau and Butts have entrenched this dynamic within government, and society in general.

You know what is really  post-modern in Canada? The manner in which CBC, National Post, Toronto Star and the rest refuse to “tie the globalist strings together.” Yes, they allude to some developments of this nature–but never do they bring together the various components together to paint a cohesive, high-level picture.

In other words, they write about the trees, yet never speak of the forest. Example: the Pending fate of Anglophone Canadian minority status. How about an article on “Where Canada Is Headed Demographically As A Result Of Immigration?”

Another beauty: “How Do 20 Million Old Stock Canadians Feel About Multiculturalism In Canada?”

Getting the picture? The Canadian media never speculate or enlighten 37.5 million Canadians regarding the long-term, ultimate OUTCOME of diversity, multiculturalism or maintaining the largest immigration quotas in the past 100 years.

Irrelevant? Inconsequential? Not in the least. Purposefully hidden from the consciousness of the Canadian people? Absolutely-–CAP is convinced of it. This way, the globalist steamroller of the Trudeau government can continue unabated. Mission accomplished, Globalist behemoths.

Anyone but the true culprits–the Trudeau-Globalist Government of Canada. Oh, how our people are being shafted! CAP do not like to advocate the break-up of our nation. At least not at a nascent time within Wexit’s historical development.

Wexit is a movement of the people–it is “populist” in its orientation. The Trudeau family hate populism because it smacks of a political ideology that Justin, brother Alexandre and Papa Pierre before them intensely dislike– Democracy.

Therefore, they want Wexit dead. One reality CAP believe all those in favour of Wexit must be become aware of–this project relies 100% on the will of the people.

Any degree of reliance on government, media or academia is erroneous– do not go there. It is only by way of a Grass Roots populist movement that Western Canadian nationalism will thrive.