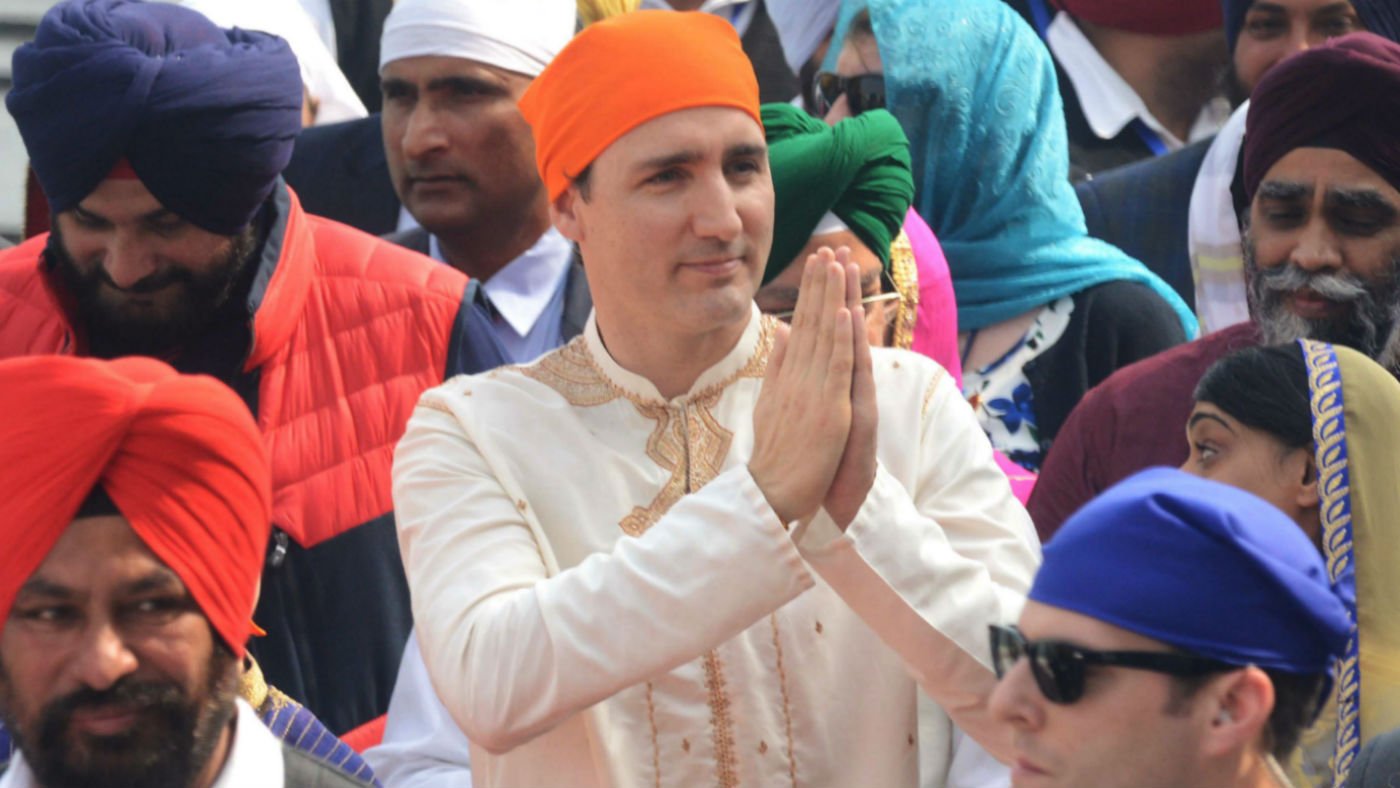 On NEWSTALK1010 radio Lisa Raitt, Deputy Leader of the Conservative Party,  stated “It was SO SHOCKING in the moment, I did one of those things where you go he couldn’t have said what I just thought he said because how could a Prime Minister invoke the office of the Prime Minister and then call the Conservative Party of Canada a bunch of racists?”

“It was a moral condemnation of the entire conservative movement. [Justin Trudeau] has labelled the 45% of Canadians who identify themselves as conservatives that they are all a bunch of racists.”

Quite. After just under four years of unfathomable behaviour from PM Trudeau, he reaches new heights while speak at a 1500-person Islamic event celebrating the holiday of Eid.

Is this how Justin expects to win an election? By branding nearly half of Canadians racists and bigots? Please name one of Canada’s previous twenty-two PM’s who disparaged and ran down those who voted them into office. Even father Pierre Trudeau did not harbour the malevolency Trudeau Jr. maintains toward English Canada and its peoples.

More from MP Lisa Raitt: “He abused his office in that moment. I do believe that he crossed a line.” Why has there not been more coverage in the media? Raitt says there was significant media presence at the event. “I guess they just find his comments acceptable,” she said.

What a major condemnation of our prime minister. This situation is unprecedented within 150 year history of Canadian politics. Therefore, logically speaking, it should be treated as a CRITICAL NEWS EVENT. It is not. Why?

It’s a question CAP has posited, and attempted to answer time and time again. Now, we offer our most simplistic answer yet: MONEY.

Consider the transgender child sex change movement in Canada. Neither government nor media address the tragedy inherent in this illicit industry. Could it be because BIG PHARMA spends billions on funding media through advertising dollars?

On a similar theme, might it be that establishment media REFUSE to expose the reverse racist idiocy because Justin Trudeau is the top provider of monies for CBC, Globe & Mail, National Post and others? Yes, it darn well could be. After all, due to the growth of online news,  advertising revenues from print media are a fraction of what they once were. Mainstream media desperately needs the cash injections Trudeau most “generously” provides.

MP Raitt continues: “He[Trudeau] will force the issue because he has failed Canadians on the issues that matter, he is not taken seriously on the international stage, so he is going to stoke fear and division by calling the other largest political party a bunch of racists.”

Ouch. What condemnation. Yet, the fact that 90% of media don’t give a damn what words come out of Justin’s mouth. Pourquoi? Because Justin Trudeau is only our prime minister in an ideological sense. He knows little of and has no training in the fundamentals of the role of prime minister. No expertise in Canadian law. No proficiency in domestic or international economics.

Therefore, this make-believe PM was forced to develop a make-believe leadership platform. Justin chose an ideology of globalism. The agenda’s components(with examples in brackets) are:

–The erosion of national borders(illegal refugees).

–The running down of Christian-Canada( Summer Jobs Program, mass abortion).

–The advancement of the Nation of Islam(M103, unlimited community support).

— Mass Third World immigration, diversity and multiculturalism( societal transformation) round out the agenda as the Trudeau government work to trans-form Canada from dictatorship to democracy.

There it is, folks– the BIG-PICTURE, long term agenda of Justin Trudeau and his gang of globalist destroyers. Of course, you will NEVER READ anything along these lines within establishment media in Canada.

In our day and age, one MUST turn to alternate and social media platforms to discover truth regarding King Justin of Canada– the very reason Trudeau is presently in the process of attempting to strong-arm Facebook, Twitter and other social media giants into censorship of those opposing his agenda.  As it happens, Zuckerberg didn’t bother showing up at the scheduled inquiry. So much for the “strong arm” of Justin Trudeau.

Having little to NOTHING remaining in his sand box to deceive Canadians into voting for him, Trudeau turns to one of his very favourite pastimes--labelling Anglophones racist scum. Will his puerile little ploy result in his re-election? After all, branding former Conservative PM Stephen Harper as a racist worked pretty well last time out.

With little gas left in his tank, the “progressive one” has turned to past methodologies to win the upcoming federal election. Will he succeed? CAP think not–rather, Justin Trudeau will flop in spectacular style.