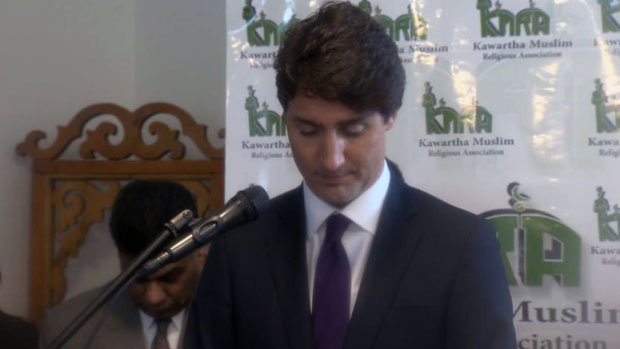 There is a page on the internet where interested parties can see for themselves the amount of Canadian tax-payer dollars the Trudeau government ship to Third World Nations every year.

In 2018, the Liberals handed $2.5 million dollars to Iran, ostensibly for the purpose of feeding their poor. Interesting to note how Canadian establishment media never dwell on the topic of Canadian aid to foreign governments. CAP can understand why. It is, in truth, it is a sordid ordeal filled with mystery and intrigue.

The good news? The Trudeau government only gave Iran $2.5 million in 2018. How can this be good news for Canadian patriots? Because of the dollar amounts given to Iran’s brethren nations in the Middle East and Africa.

Try $254 Million to Afghanistan, $198 Million to Ethiopia, and $124 Million to Syria. Therefore, relatively speaking, Iran’s $2.5 Million is a mere drop in the bucket.

And yet, the Iran situation is so very telling. A theocratic fundamentalist state, as well as human rights abusing, anti-Christian society. Arbitrary executions, deadly force against protesters, and imprisoned non-Hijab wearing women are a few of their human rights violations.

Is this PM Justin Trudeau’s preferred form of governance? Dozens of foreign aid recipient nations fall into this category. Why does Canada give away billions to the nations in the world which oppress Christians, when Canada has for its 155 year history been a Christian-majority nation?

Ever heard of a phenomenon called “Phantom Aid?  CAP has– but we bet dollars to Tim Horton’s donuts that 98% of Canadians have not. Pourquoi? Because CBC, Globe & Mail and the rest of the Trudeau media puppets have held the truth back from 38 million citizens.

Phantom aid is foreign aid that never reaches the intended recipient countries. It is aid that gets looted in many ways such as tied aid and domestic refugee spending in donor countries. One of the countries affected by phantom aid is Afghanistan.

What was that number Justin sent to Afghanistan in 2018 again? Right–it is $254 Million dollars.

Talk about a “bum rap.” Think of the difference that kind of coin would make if injected into the Canadian economy. Designate $100 million for transportation upgrades within urban Canadian cities. What a giant impact this would have on well being for some 10 million residents.

Or $50 million to clean up First Nations reserves so that their children do not die of mercury poisoning. You know those 2000 or so poor Canadians sleeping in the streets  over the Christmas holidays? How about some shelter for these poor souls.

How about doing something for Canadians. Not gonna go down under Comrade Justin.

For him, all that counts are “optics.” How does it look on the surface? What does the world think of the great “Trudeau” and his magic giveaways of billions to despotic governments?

Consider this idea: If CTV and Toronto Star do not inform Canadians that these billions never reach the intended recipients, how can they inform us that the money has been appropriated by shadowy Middle Eastern forces such as terrorist organizations.

Quick Answer–they cannot– exactly why the entire charade is buried by  media in the first place. Where do these billions go? Who are the true recipients? CAP’s response: We have no idea. Speculation infers the funds end up in one general location– the place they do not belong.

Who knew that contemporary Canada is wasting billions of tax dollars in this capacity? What– two percent of our overall population?

It is our opinion that the true purpose of the funds is to”buy favour” with Iraq, Iran, Pakistan, Nigeria, Somalia, Ivory Coast, Syria, Sudan and Ghana. Money laundering also crossed our mind. Perhaps in the long run, Justin Trudeau is planning for Canada to replicate the form of governance found in these societies. Who really knows?

Now we are “getting warm”-– the true reason for the billions given away is because the people of these Third World nations are, in fact, the future of our country. This is what the Liberal government and media partners are hiding from the good people of Canada.

$2.5 Million to Iran, $250 Million to Afghanistan. What really is the difference? Both are anti-democratic nations– the kind the Trudeau family appear to prefer over western democracies like the United States–or for that matter– Canada itself.