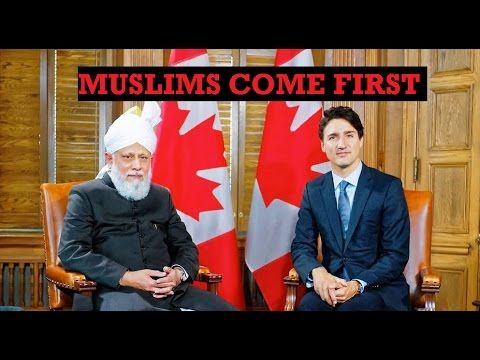 Typical. Justin Trudeau is the king of the verbal run-around.  ” We will uphold the law,” says the politician just accuse  of breaking the law regarding SNC-Lavalin.

Jack Letts — dubbed “Jihadi Jack” by British media — could be prosecuted and jailed in Canada if there’s evidence of wrongdoing, and would make for a powerful voice against radicalization, said the father.

Talk about doing your homework. Obviously, Lett’s father understands how to play directly to Trudeau’s globalist heart-strings–inform the King of Canada he will be a hero on the world stage if he permits his ISIS terrorist son to settle upon Canadian soil.

As it happens, not a single returning ISIS terrorist in Canada-some 60 in total– has been convicted of a crime, or spent a single night in jail. And it’s going to be different for Jack Letts?

Rather, the scenario will play out in a series of lawsuits perpetuated by liberal-left lawyers in fancy suits and ties. Ever heard of a court of appeal? The globalists have, and will utilize Canada’s legal structure to keep the court cases going until all legal avenues are exhausted. Media will run with it for as long as it has legs.

Result? Leftist lawyers make money. Media bring in the related revenues. Tax-payers fund the terrorists living expenses. He is not behind bars.

WInner: Lawyers, Media, ISIS terrorist. After all, even if Letts in put in jail, its better than rotting to death in a jail cell in Kabul. In time, his sentence would be reduced, and he could be set free based upon good behaviour. Loser: Canadian tax-payers. Isn’t this always the way with King Trudeau.

This, folks, is LIBERAL CANADA. Question– and one yet to be posited by the geniuses in Canadian media– why didn’t Justin Trudeau cancel Lett’s Canadian citizenship FIRST?

Jack Letts grew up in Oxford, England but was a joint citizen like the rest of his family, travelled to the Middle East in 2014 after converting to Islam. He lived in ISIL-controlled Iraq, married a woman there, then ended up in Raqqa, Syria, the de-facto capital of the short-lived ISIL caliphate.

Now, the prime minister of Canada  is once again called upon to play HERO to the Nation of Islam, and their endless problems within western, democratic nations. Not that he is isn’t the right choice. Over the four year term as PM, Mr. Trudeau has functioned as protector, promoter and  financier for the Nation of Islam within Canadian society

Now, Lett’s father is begging Justin Trudeau to bring sonny-boy to Canada.As it happens, his parents, who live in Oxford, U.K., made headlines earlier this summer when a British court convicted them of funding terrorism. John Letts and Sally Lane were found guilty.

Then, Justin Trudeau concluded that there folks are trustworthy, and will act accordingly. It’s all so absurd. To digress, I was born in the year 1961. High School began in 1976, university in 1980. Like other Old Stock Canadians, I have lived through the governments of Pierre Trudeau, Jean Chretien, Brian Mulroney, Paul Martin, etc.

Not one of these men came anywhere near doing what Justin Trudeau has done. They did not with intent import and promote a foreign religion in Canada. Nor did they place dual-citizen Muslims in key government positions. There was no M103. Why? Because racism was not an integral element of Canadian society.

Islamic non-profits such as National Council of Canadian Muslims are empowered to fight “Islamophobia“–which they can most successfully do as they helped MP Iqra Khalid to get M103 passed. Getting the picture, folks? Too bad 90% of Canadians do not follow suit–Justin’s liberal media army takes care of this one.

Conclusion: Justin Trudeau’s post-modern Canada is an Islamic Canada. And he GETS AWAY with it. So now it is time for PM Trudeau to exercise his finest political skill–coming to the rescue of the Nation of Islam, and terrorist-affiliates.

A genuine hero, eh? Justin Trudeau is an aberration of a prime minister. Never before has a PM done so little for the people of Canada, and so much for non-Canadians, refugees, Muslims, Sikhs, Transgendered, and any other special interest community Trudeau can muster up to add momentum to his globalist assault upon the nation he was elected to lead.