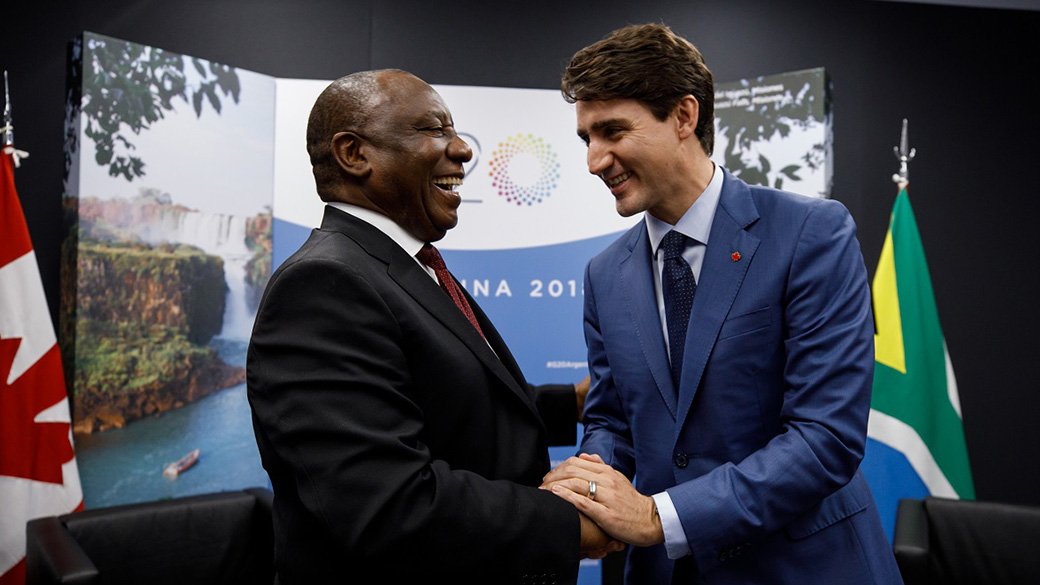 Another day in Canada, another day where media obscure the tragic truth surrounding the fate of “Old Stock” Canadians.

Here it is: To generalize, within contemporary Canada, political victory is to a fair extent controlled by “urban versus rural” political dynamics.

In other words, within the 338 federal political ridings in Canada, the rural ones tend to go Conservative, while urban ridings– the GTA in particular, are dominated by Liberal MP victories.

In fact, 45 of 50 GTA ridings went to Trudeau’s Liberals in the 2019 election. Much of this trend occurred because our ruling government has packed the Greater Toronto Area with Third World immigrant voters–who in turn have voted into office co-religionist MP’s like Ruby Sahota, Omar Alghabra, Bardish Chagger, Maryam Monsef, Iqra Khalid and dozens of other Third World Candidates.

Good enough for the Liberal-Globalist- 3rd World cabal of political players? Of course not–nothing ever is. Now, Trudeau and his motley gang of cultural assassins are after every Canadian riding in existence.

How to accomplish this? In theory, it is very simple: Replicate the demographic assault on urban Canada within rural Canada.

For this purpose, ex-Immigration Minister, Somalian Refugee MP Ahmed Hussen, has rolled out  a piece of work called the “Rural Immigration Pilot Program.”

How is this program rationalized as “beneficial” to the people of Canada? Easy– tell the public that the sole purpose resides in economic improvement for rural communities.

Here’s something that neither government, nor their media puppets, ever inform the people of Canada about. New arrivals to our shores tend to vote for the party who permitted them to come to Canada. Furthermore, migrant families tend to vote “as a block” for the same party.

Now, the Liberals are replicating this social engineering program in small town Canada.

Upon King Justin’s “coronation” of his second term in office, Cultural Action Party made a bold proclamation:

The Conservative Party of Canada will never win another federal Canadian election. When we say never, we mean never. Put Conservative Rona Ambrose up against Liberal Chrystia Freeland. Liberals will win. Place Pierre Poliviere up against King Justin–Trudeau will win.

Why so confident? bBecause of programs such as the “Rural Immigration Pilot Program.” But even more definitive is the following premise:

In the “old days” of federal politics, the dynamic was one of Conservatives versus Liberals. CAP hereby render this concept “dead as a doornail.”

There you have it, fellow patriots–the recipe for Canada’s transition from democracy to dictatorship. Canada is today a nascent socialist country–and much more is coming our way in this regard.

CAP Theory: The fading “Great White North” is on its way to transitioning to a “One Party State.” To accompany this, Canada will maintain a “One Media State”— CBC as the equivalent of China’s monolithic single-entity media.

A lot to absorb, eh? As it happens, CAP has held this theory for decades–in fact, ever since Pierre Trudeau introduced “multiculturalism” to society. This writer was 14 years old when I first heard the term multiculturalism spoken. From the moment of discovery, I had a sneaking sensation this program would end up causing major trouble within our society.

A full 44 years have passed since this original thought. I still believe the very same today, and if Old Stock Canada was wise, they would believe it as well– despite media’s obfuscation of the entire sordid affair.