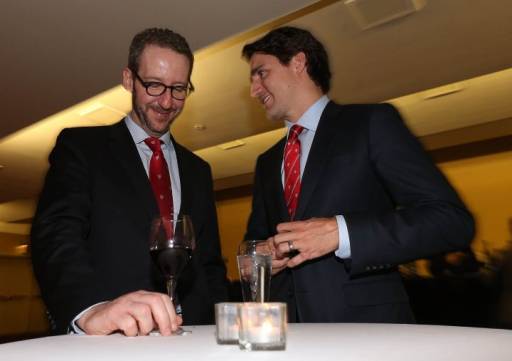 When comparing the value of Justin Trudeau’s tax rate reduction with the loss of tax credits, 80% of middle-class families experienced an increase in their federal tax burden since 2015.

Justin Trudeau was elected in 2015, largely on a platform that he would focus on improving the lives of the middle class in Canada. It hasn’t happened. Rather, Mr. Trudeau has spent the better part of four years working to create a middle class within Pakistan, Nigeria, Iran and other Third World nations.

As informed Canadians are aware, under Justin Trudeau Islamic governments have been handed billions of tax-payer dollars .

Conclusion? Justin Trudeau is sucking the dollars out of the Canadian middle class–only to hand them to despotic African and Islamic governments. Of course, context is important. Previous Canadian governments have behaved in a similar manner. Why does Canada have  a history of throwing away billions of dollars– enough to trans-form our nation into one of the most powerful on earth?

Instead, our government follows the will of the United Nations. By way of signing trans-lateral international covenants such the the 1951 Refugee Convention, Canada is obligated to fund underdeveloped Third World nations. Ironically, the Islamic theocracies powering the UN did not sign, and therefore are not obligated to assist.

There is a difference, however, in the manner Mr. Trudeau approaches the great globalist giveaway relative to previous prime ministers. With Justin, he is not only a financial supporter of Middle Eastern governments. He is also an ideological supporter of these nations.

In no way can this passive behaviour. Our PM is an active promoter and  financier of Islamic culture and religion within Canada. Big difference. In fact, it is unprecedented in the history of our nation. Most Canadians would understand this if media put the pieces together and delivered the message to the pubic. They won’t.

By way of this culturally degenerative dynamic–including Canada’s left-leaning(read Marxist) academic world, our society is being seduced into a trans-formation not a single Canadian asked for.

No surprise, it was father Pierre Trudeau who created the infrastructure for much of this to occur. The Multicultural Act Of Canada(1988-under Mulroney, but a Pierre creation), Charter of Rights and Freedoms(1982–all Pierre) set Canada on a path whereby taxpayers would pay for the cultural demise of their own nation.

A brilliant–and devious plan. Notice how media never write about the roots of multiculturalism? Where did it come from? Who thought it up? In CAP’s humble(not) opinion, multicultural ideology was hatched by Pierre Trudeau and Chairman Mao Tse Tung of China. Pierre first met with Mao in the year 1970. Less than one year later, Trudeau Sr. forced multiculturalism upon our society.

The rest, as they say, is history–the history of a downhill slide for the original founding communities of our nation. Once multiculturalism became policy, billions of dollars began to flow toward Third World diaspora communities– Sikh, Chinese and Muslim in the main. An B.C. based organization called S.U.C.C.E.S.S Immigrant Services, who for decades exclusively focused on Chinese immigration, receive $23 million every year. There are hundreds, if not thousands, of these groups across Canada.

What a trap. Canadians funding the demise of their own culture. This, ladies and gents, is the Trudeau family. How does Justin Trudeau pay us back? By branding Anglophones racists, bigots and xenophobes.

It’s truly sad. Canadians must wake up to this political insanity, and fast. Justin Trudeau is working like the devil to decimate our cultural identity with our own tax dollars before he gets voted out of office. If he wins, expect another four years of the exact same behaviour. Globalist leaders never change.