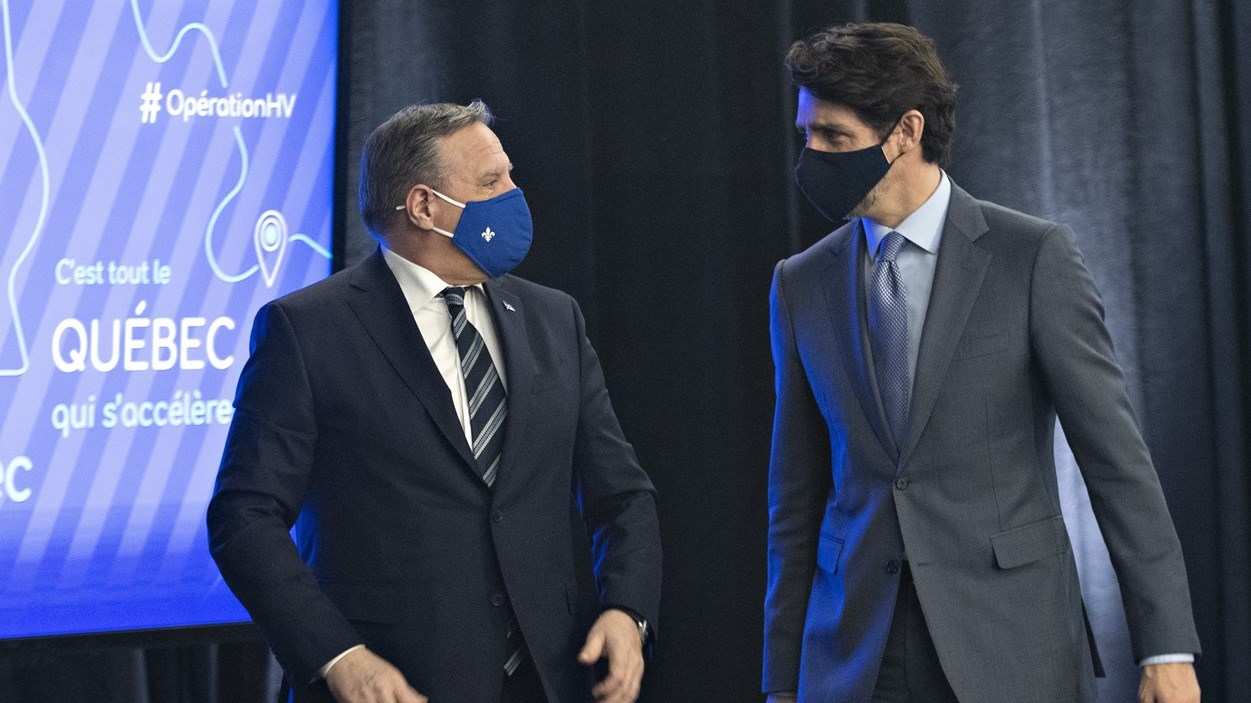 “For every action, there is an equal and opposite reaction.”

Such is the condition of social affairs in PM Justin Trudeau’s Canada. Cultural Action Party has to wonder:

Is the general public in Canada aware that at the same time our PM is eroding Anglophone rights and culture in society, he is advocating for the rights of French-Canadians from coast-to-coast?

Bill C-13, the Trudeau government’s latest effort to renew the decades-old Official Languages Act…legitimizes discrimination by supporting incentives to Francophones outside Quebec but denying them to the Anglophone minority in Quebec.

How much more “Justin Trudeau” can one get? We lay on the dotted line what mainstream media in Canada refuse to report. Under Trudeau, our Liberal government are pro-everything existing outside of our nation’s Anglophone communities.

French gets a thumbs up. Likewise for Islam, China, Sikhism and 3rd World communities in general. Being Quebecois himself, Trudeau is in full support of cultural retention in Quebec. The rest of us can go jump in Lake Ontario.

“In a country where fairness is a foundational charter principle and the bedrock philosophy of most Canadians, the idea one group of people should be, in George Orwell’s words, ‘more equal than others,’ should be anathema. And yet, that is what Official Languages Minister Ginette Petitpas-Taylor is proposing.”

In Justin Trudeau’s “no core identity” Canada? Forget about it. No national leader in Canadian history is as divisive as our current PM. He knows this is critical, because it is a fundamental tenet of Marxist ideology. Divide by race, and conquer.

“Within these populations are citizens who have a right to services and opportunities from the Government of Canada, which has been the principle of bilingualism since the 1960s.”

“The intent of the original Official Languages Act was not that everyone should be bilingual, as Pierre Trudeau reminded Canadians repeatedly, but that government services would be provided in both official languages.”

The Official Languages Act, created by Pierre Trudeau’s Liberal government in 1969, was to function as legislation to establish cohesion among all Canadians.

Presumably, Trudeau Sr. understood that his Charter and Multiculturalism would one day be the undoing of English Canada. So he threw us a bone. Official federal government bilingualism would function as a form of unity with society.

On this basis, insightful Canadians knew that if Justin Trudeau was in power long enough, he would begin to mess with this. His goal would be disunity– division within society– to accelerate his agenda of national decimation. To be followed by transition to an authoritarian state.

“With one stroke of a pen, his son’s government will eliminate that principle, and what were language rights of minority Anglophones will become privileges.”

Bingo. Patriots stand witness as Justin Trudeau persecution of Anglophones ramps up to a higher level. Establishment media– demarcated with leading journalists named Coyne, Ivison, Selley, Glavin, Ibbitson, Scoffield and others of Anglo persuasion– have not a problem with the development.

“The Trudeau government, looking to pick up seats by pandering to Quebec nationalists, is setting the stage for a national unity crisis because it has failed to meet Canadians’ expectations of fairness.”

Hate to break it to you, National Post, but Justin Trudeau is a national unity crisis. Truth be told, that’s been his job description since day one.

“Meanwhile, Anglophone Quebecers are left wondering: who will speak for us?”

Witness as the Anglophones in Quebec transition to the “voiceless” with society. Next, add the remainder of Anglophones from coast-to-coast. Now we are getting somewhere.

As CAP maintained from the date of the coronation of King Justin Trudeau of Quebec, the day Trudeau was elected was the day the death of English Canada shifted into high gear.

Are Canadians aware of this fact? Out of 39 positions in Trudeau’s Liberal Cabinet, only 9 of them are held by white Anglophone males.

For how long will the persecution of these communities go undetected?