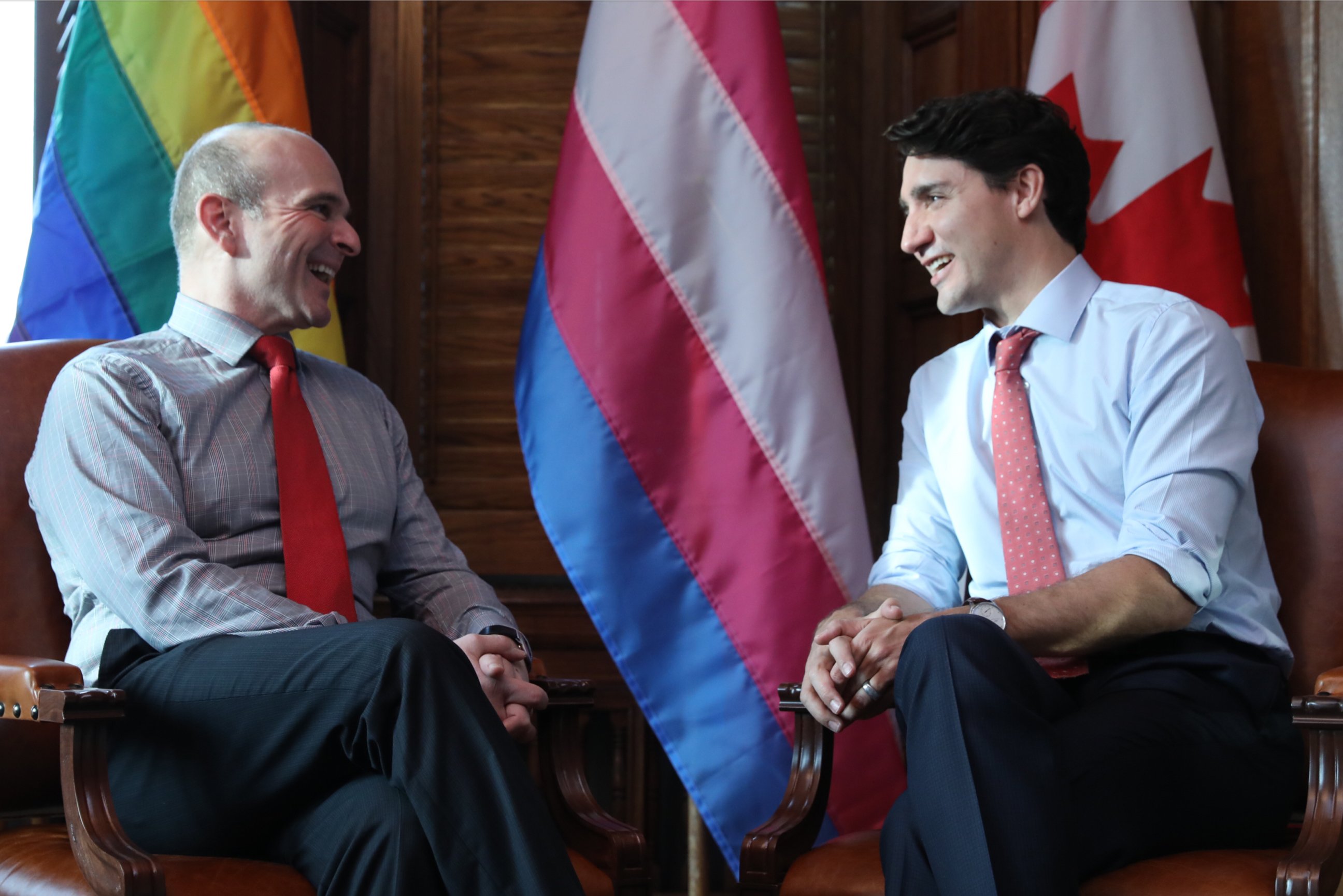 Why is this particular issue so important that such time energy and effort must be applied to augmenting legislation? What is so important about lowering the consent from 18 to 16 years old?  Who actually CARES about this issue? The “market” is more than likely the tiniest sliver of society.

What kind of national leader is this? No PM in history would dare to deal in this globalist, politically correct malarky. Of course, it helps when government has a dedicated LGBT Minister.

His name is Randy Boissonnault— the greatest transgender-pusher you have never heard of. After Trudeau won the 2015 federal election, our PM established this LGBT ministerial position. Canada never had anything along these lines previous to Justin Trudeau.

MP Boissonnault is a virulent LGBT promoter. He utters not a critical word against any element of the LGBT movement.  Dangerous hormone drugs shot into the bodies of Canadian youth? All good by way of MP Randy Boissonnault.

The Trudeau government are not only a political aberration– they are the strangest federal government that ever existed.

Perhaps now that the rumour is circulating that Mr. Trudeau quit his teaching job at the uber-posh West Point Grey Academy due to his “relationship” with students sheds a light on the motive for this essential legislative transformation.