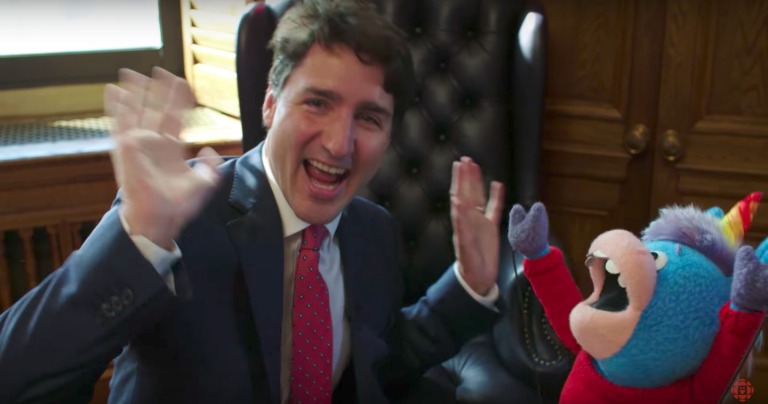 The wacky world of Prime Minister Justin Trudeau keeps getting more absurd with each passing day. A review of his recent trip to Asia illuminates our story:

PM Trudeau returns to Canada today, after attending the summit of French-speaking countries where he announced that Ottawa will provide CAD $16.5 million to help stabilise Haiti.

Trudeau said Canada “is providing CAD $8-million in additional funding to its key humanitarian partners in the French-speaking Caribbean country to address urgent needs affected by the crisis, whether related to recent displacement, violence or the cholera epidemic.”

Djerba, Tunisia: Justin Trudeau began a brief visit to Africa as part of what his Foreign Affairs Minister Melanie Joly described as “a fight for power on the continent between democratic and authoritarian states.”

Thumbs up for Africa. While we are at it, may as well go all-the-way. CAP has compiled a list of 3rd World and so-called “developing nations” which the Trudeau government ship some $8 billion dollars to every year:

While in Asia, Mr. Trudeau announced that Ottawa will spend $84.3 million for a new Shared Ocean Fund aimed at cracking down on illicit fishing in the region.

Additionally, the PM dolled out a cool $1 Million dollars to clear landmines in Cambodia and Laos.

Meeting with President Mohammed Bazoum from the African country of Niger, Trudeau delivered yet another financial aid package.

“The PM commended President Bazoum’s efforts in the areas of Girls’ School enrolment, and the fight against climate change.”

Any patriots picking up on a pattern here?

Cambodia. Haiti. Laos. Burkina Faso. Myanmar. Fishing and Girls’ Schools. What does all this have to do with creating prosperity for 38 million Canadians?

Quick Answer: not a damn thing. No one is saying that a focus on improving the world should be considered sinful. Yet, when considering the megalomania of Justin Trudeau, the situation comes across as holistically self-indulgent.

Can it be a case of a national leader who realizes his political goose is cooked? Therefore, he does what is best– for himself. Is Canada’s aberration of a prime minister sowing the seeds for a an international diplomatic career?

CAP is driven to express a point never once articulated by establishment media. Justin Trudeau is unlike any of our nation’s previous twenty-two prime ministers. He doesn’t work for Canadians. Well, perhaps a slight exaggeration. Trudeau works for a segment of society which we refer to as “3rd World Canada.”

Meet Canada’s Woke “King Of Kings”– he who becomes prime minister, and then works on behalf of everyone on the planet with the exception of what we call “Old Stock” Canadians.

In fact, this can be whittled down even further. Trudeau is Quebecois, therefore he works for the preservation of French culture in Quebec. Sikhs, Chinese, Muslims are also in the Trudeau house.

Leaving a singular community who have transitioned to the irrelevant: Anglophone-Canadians, and other citizens of European heritage. We hit Trudeau’s nemesis community nail on the head.

Justin Trudeau is anti-Anglophone, as well as anti-English Canada. Canadian media–mainly comprised of Old Stock publishers, editors and journalists, refuse to expose the assault on our communities.

The whole thing has degenerated into a state of pathos never before experienced in Canadian society. Yes, it’s all so “post-modern,” a term our neo-communist PM used to describe our country back in 2015.

Turns out that Justin Trudeau is a great statesman. Not regarding the country we was elected to lead, but rather in reference to Syria, Somalia, Ghana, Chad and Ivory Coast.