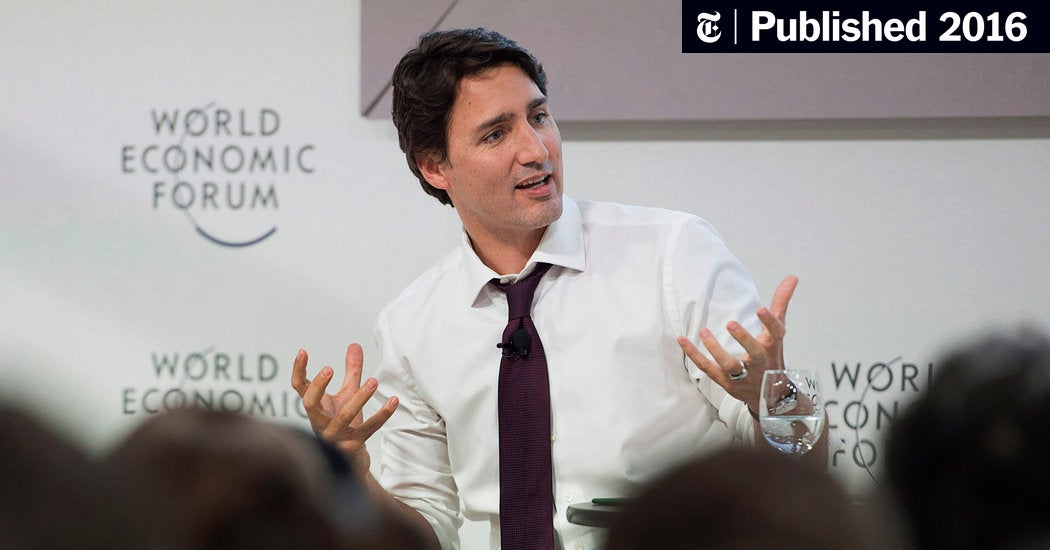 “Among women who were newly appointed to the boards of Fortune 500 companies, 77% of them were white. Race, religion, sexuality – these are just a few of the ways that women are even further discriminated against.”

So stated Canadian Prime Minister Justin Trudeau in his 2018 keynote address at the World Economic Forum summit. Clearly, our PM has a problem with business success among caucasian women of the world. Trudeau’s choice of words reflect feelings permeating our PM’s positioning from day one– there is something inherently bad about success among white Canadians.

In order to obfuscate his malevolence, the prime minister focuses specifically on gender. His speech writers know better than to target the true nemesis of woke warriors: the white western male.

“I was last here at the World Economic Forum in 2016, two months after being sworn in as Prime Minister. And while that might not seem like very long ago, in this new era of perpetual change that we’re living in, two years might as well be a lifetime.”

You can say that again. Two years of Justin Trudeau reflects a lifetime of transition from freedom and democracy to neo-totalitarianism. It would take a third volume the length of the Gulag Archipelago to contain the ways in which Mr. Trudeau has transformed our nation.

Interesting it is to make a curious observation. Mr. Trudeau, in Davos with bells on in 2016 and 2018, is nowhere to be found in 2022. Not in-person, not within media. Not in any manner has our PM had a presence in the WEF-Davos summit taking place in Switzerland as we speak.

Why not? Considering his omnipresence of the past, why is it that Canadian media do not ask the same question? Is some form of government-media coordination preventing what would otherwise be a prominent press topic at this time?

Distilling the situation down to its essence, CAP point to two explanations. First, Klaus Schwab, George Soros and Bill Gates did not want him to attend. Secondly, of his own volition, Mr. Trudeau made a decision to become a Davos drop-out. Neither bode well for our current prime minister.

If shunned by the WEF big-boys, it suggests that PM Trudeau has transitioned to a globalist liability. If self-inflicted, it likely means that the PM’s strategist believe his presence would result in a drop in the polls. In other words, Trudeau overplayed his woke globalist hand to the degree that he must pull back in order to keep his government in “good standing.”

The remainder of the prime minister’s 2018 Davos address is a paean to gender rights:

“Chrystia Freeland and Maryam Monsef, who are here this week – along with their many female colleagues in Cabinet – are serving the country with great distinction.”

Readers may be familiar with Ms. Monsef, who served as Trudeau’s star multicultural MP throughout his early years as national leader. After advancing a 31-year old, first time immigrant MP to the heights of Liberal Cabinet membership, Ms. Monsef took a nasty fall upon referring to the Taliban as “her brothers.”

Say no-go to Justin Trudeau. His World Economic Forum bus pass has expired. A non-entity at black-tie evening balls at Davos, it well appears the man who soared to woke liberal heights has fallen from globalist grace.