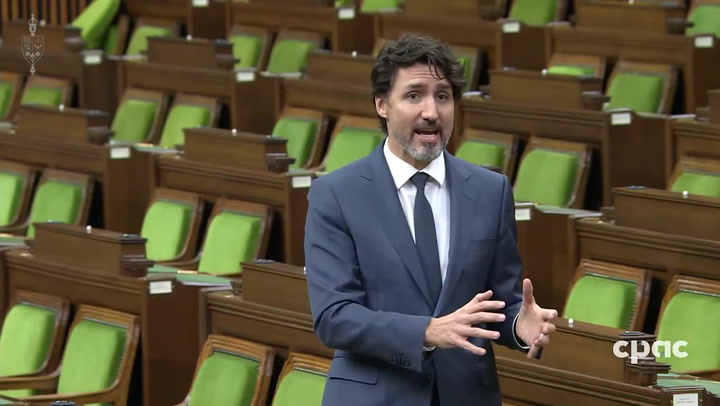 “By the time MPs return it will have been six months since the House last met.”

Toronto Sun published this commentary, but no media outlet speculates on reasons why democracy is being impeded. The logic is basic– the less Parliament sit, the less opposition parties can challenge government. The outcome being one of PM Justin Trudeau’s most cherished values– an erosion of democratic process.

What social or political development has contributed to this more than Covid? There is none. In the history of our nation, the pandemic stands alone in its erasure of not only democracy, but of individual rights and freedoms.

Media say nothing. Either they haven’t noticed, or their publishers and editors  instructed journalists to remain mum on the subject.

Such as it is that the window between a return on November 22nd and Christmas holidays(sorry, people-kind holidays) means that Parliament will sit for a mere 20 days before shuffling off to indulge in their expense accounts.

Why so short a period? Cultural Action Party will take a wild guess. How about…because during this period the Liberals plan to slam through a controversial, unwanted piece of legislation?

That which qualifies being Trudeau’s irrepressible internet firewall censorship agenda. Pass Bill C10 and C36, and head for the hills. It’s one of the things that make Trudeau’s Liberals unique: they don’t walk in rhythm with democracy, they dance around it.  Filibuster bills at two o’clock in the morning to sneak through unwanted legislation. Remaining at the periphery of democratic principles, their scheming is imbued with disrespect for historical jurisprudence.

In 2021, Trudeau blesses the public with 96 days of an active Parliament. Thus witnessing a pattern of erosion. Not by way of the CBC, but rather by utilizing the House of Commons sitting calendar.

How sweet it is. For half of our current year, Justin Trudeau does not have to answer to federal opposition parties. Believers in democracy might call this outrageous. CAP call it 50% of the way to the finishing line. If all the globalist stars align in the manner we believe will transpire, the Parliamentary vacation will increase to 365 days per year.

Thus it shall be that all deceptions, subterfuge and obfuscation come to fruition. Canada transitions away from democratic governance, and into a state best described at neo-communist. How proud Papa Pierre Trudeau would be.

3 thoughts on “Is Justin Trudeau Placing Democracy On Permanent Vacation?”