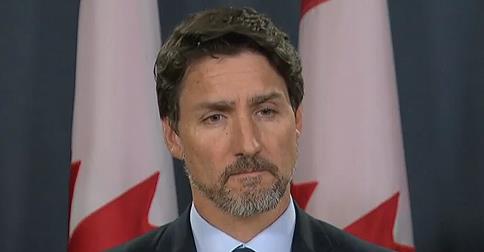 “A Parliamentary health committee on Wednesday repeated calls for the World Health Organization to explain its handling of the pandemic, amid mounting criticism that the United Nations’ agency relayed faulty Chinese data about the coronavirus that causes the COVID-19 disease.”

“The motion comes amid widespread criticism of the World Health Organization’s(WHO) handling of the COVID-19 pandemic, particularly after the organization repeated Chinese claims in the early stages that the virus could not spread through human-to-human transmission. In the following months the virus spread killing more than 130,000 people and triggering a complete lockdown of the global economy.”

CAP Commentary: While this inquiry may target the behemoth nation of China, in typical fashion the writing obscures one essential component.

This motion is an opposition Conservative Party of Canada initiative. Well, perhaps not 100%–yet one conclusion which can easily be drawn is the following:

In fact, here is what Liberal abortion-monger Patty Hadju had to say about the matter:

So can you hear it for Trudeau’s Liberal Cabinet. Talk about “full-on” trust for the communist government of China. Hear ye, Hear ye– when China issues a statement on their home-grown Coronavirus output, Canadians should accept and believe what they state without question.

Do you know what CAP call this attitude– fully permeated within Trudeau’s Liberal-Globalist government?  It is the “standard of our era” for the Liberal Party of Canada.

As it happens, CAP has been writing about the illicit relationship between the Liberal Party of Canada, and the communist government of China for at least 10 years past.

Our specious conclusion: Where there is Canadian Liberalism, there is the government of China. Pierre Trudeau kicked things off when he visited Chairmain Mao Tse Tung three times in the early 1970’s.

From here– largely by way of communist-influenced “multicultural” policy, China began to get its hooks deep into both Canadian business, and society in general. Degree of exposure from CBC, CTV and Globe & Mail? Not a single sentence.

“Many observers have criticized the WHO’s communications for being excessively deferential to the Chinese communist government” writes Jesse Snyder of the National Post.

What Mr. Snyder conveniently omits is that these “observers” are Liberal Canadian politicians. Of course, when the prime minister of the day is a China-supporting communist enthusiast, this can occur. Fact is, for the past 40 years the family of Justin Trudeau, brother Alexandre Trudeau(film-maker for the Iranian government) and Papa Pierre Trudeau before them have consistently venerated communism, China and Chairman Mao–  and more recently, Middle Eastern religious fundamentalism.

“U.S. President Donald Trump, meanwhile, has pulled funding to the WHO amid accusations that it had taken Chinese data at face value, in turn slowing the response in other countries.

Blimey–is this not the exact response of the Trudeau-Globalists? What trans-pired subsequently? “Donald Trump is evil,” emote Canadians media.

Okay, so he is evil– but he is also 100% correct. Meanwhile, CBC continue to lie to 37.8 Million Canadians. Justin Trudeau is doing a “competent job regarding Covid-19.”

Never do these media-puppets state the following truism: Mr. Trudeau has done more to advance Covid-19 within Canadian borders than any human being alive. Trudeau is the penultimate “Open Border Society” advocate– no?

How insane all this is. For five years running this Trudeau miscreant kept the flow of foreigners into Canada at an absolute maximum.

Largest immigration quotas since our nation’s founding in 1867. Never mentioned by CBC. Largest “refugee” quotas in history. Justin’s invitation to illegal so-called refugees to move to Canada by the tens of thousands to collect Canadian-worker financed welfare checks.

And on and on and on. And yet, in an incredible case of irony, CTV and National Post do not expose even one sentence of the sentiment expressed herein to the Canadian public.

No one can deny that China’s pandemic piracy is the greatest scourge in modern history. But what has been denied–by Liberal Patty Hadju, Liberal David Lametti, Liberal Bill Blair and the  rest of the “protectors of the globalist faith” is Justin Trudeau’s personal culpability in the entire sordid affair.

CBC and the rest follow suit. No condemnation of Trudeau. Hell– leading journalists John Ivison and Andrew Coyne cannot even bring themselves to speak of China’s responsibility for the death of 130,000 human beings.

What pathos. It is a sad state of affairs indeed, and so far away from the “Sunny Ways” declaration of a  socialist-oriented PM named Justin Trudeau.

Covid-19 may be “hell on earth,” but for Cultural Action Party of Canada, Justin Trudeau is hell on Canadian soil.