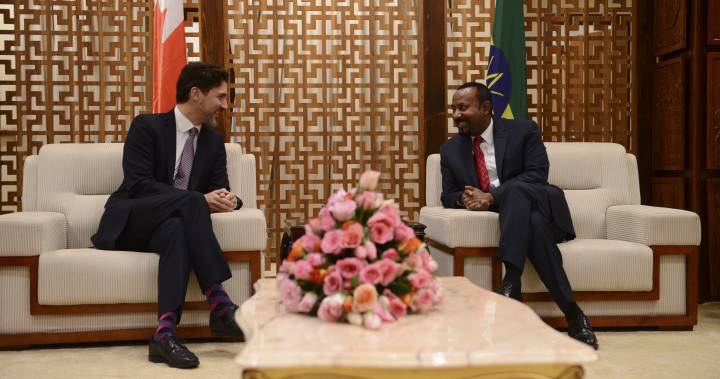 A number of commentators in and outside Canada denounced the Broadcasting and Telecommunications Legislative Review (BTLR) panel’s report released last week as a “breathtaking” and unprecedented plan to regulate the internet.

My, my-the things Canadians cannot discover within Canadian establishment media. This report is serious business. The allegation is one of a case of the most aggressive power-grabs in Canadian history. No wonder CBC downplay the situation to the max.

“A key recommendation was to extend licences currently granted to radio and television stations to all media content, along with a much stricter compliance regime.”

A former CRTC vice-chair of telecommunications wrote in the Globe and Mail that in a “breathtaking expansion of scope and bureaucratic hubris” and “a series of invasive and unjustifiable recommendations,” the panel “advocated for a sweeping series of interventions that would make all online media – from online sites such as Rabble to Rebel News and in any language – subject to government regulation.”

Pretty extreme language, eh? Yet, as CAP have advanced since day one, a Canada controlled by Justin Trudeau is a nation headed for dictatorship status. One critical method to accomplish a goal of this magnitude is that in order to succeed, government MUST control media.

Therefore, Trudeau made his move to establish absolute authority over all element of Canadian media–mainstream, social media, large corporations, small-time local players. You name it, and Comrade Trudeau is gunning to control it.

As turns out, this pseudo-communist dictator failed–for the present. According to media, Liberal Heritage Minister Steven Guilbault is backing away from the proposal–for the present.

Within this situation, it is important to comprehend the dynamics at play. For the purpose of seducing a nation and its peoples, a long-term strategic program must be in place. This consists of steady, incremental changes in government policy. In this manner, the public is so much less likely to catch on to the true agenda.

Justin Trudeau is in the process of trans-forming Canada into a socialist nation-state. Fact is, Mr. Trudeau prefers socialism to democracy. This is picked up from father Pierre Trudeau. Within socialist and communist nations, government OWNS media. This is essential to an agenda to control citizenship behaviour and propagandize the public into accepting any government decision, no matter how damaging it is to said populations.

Even as critics allege the Trudeau government’s $595 million “media bail-out” announced in its last budget compromises Canada’s legacy media, the report outlines more ways “the government could help news outlets” losing out to digital competitors, the Globe and Mail reported.

Is this not a blatant bid for government control? Our Liberal government propose to “embolden” establishment media, and marginalize alternative and social media. But only if you sign over your independence as a media organization to the government of Canada.

There you have it, fellow Canadian patriots–the truth of the Trudeau family. Natually, this is something you will never read by way of CBC, CTV, Global News, Globe & Mail, or any other mainstream news outlet.

And the ones who would publish an article of this nature? Say no-go. Justin Trudeau wants to control what you publish, with the goal of ultimately bankrupting you and removing your organization from the entire media scene.

To be fair, some media people are speaking against the draconian media crackdown. John Ivison, premier political journalist, says:

“Liberals and their beneficiaries believe they are “saving quality journalism, while everyone else thinks it’s a transparent bribe.”

“The Liberal bail-out  of the privately-owned mainstream media was a bribe to ensure that major media outlets will become dependent on the government, and therefore not report anything critical about Trudeau, or else.”

“We need to take Trudeau at his word, and not just laugh at him as if he’s some kind of joke. He was deadly serious. A basic dictatorship is what he admires. And it seems fairly clear that’s where he’s trying to steer the country, with a clear plan in his own mind,” Fonseca said.

Memories of Fidel Castro? Of course it is. And of course, Mr. Fonseca is absolutely right. This man understands how Justin Trudeau operates, He gets where the fading “Great White North” is headed in terms of future political identity.

Of course, this is the very thing media refuse to write about–where Canada is headed under this post-modern, pro-socialist, Islamic-infused Liberal government.

In CAP’s opinion, our country’s days as a free and democratic nation are numbered. The demise of our freedoms began in 1968, when “prototype globalist” Pierre Trudeau seized hold of society.

Then, when his son Justin Trudeau became PM, the entire program shifted into overdrive. Fundamental to the agenda is government control of media.

Yes, it may be true that the Liberal-Socialists lost “round one” of the media control battle. But they will be back, as sure as you’re born.

Slowly,  steadily and incrementally our freedoms are being taken away from our citizenship. Media play a fundamental role as Canada quietly transitions from democracy to dictatorship.