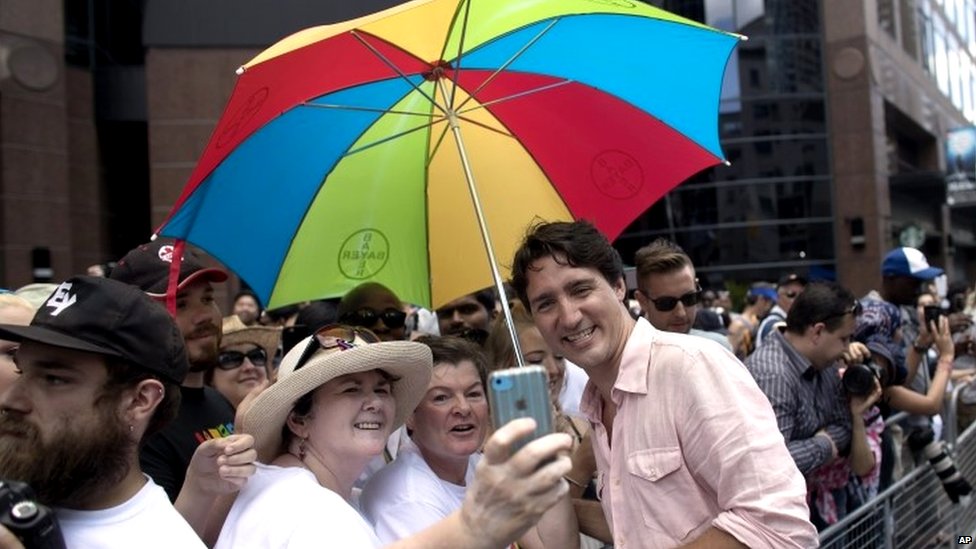 Coinciding with Pride Month in 2016, Justin Trudeau told a homosexual news agency his government would be lowering the age of consent from 18 to 16 years of age.

Why is this issue so important that time and energy must be applied to augmenting related legislation?  Who actually cares about this issue? The “market” is more than likely the tiniest sliver of society.

The Trudeau government are not only a political aberration– they are the most odd-ball federal government which ever existed. Not that one would hear such things from Canadian media.

All is well and good by CBC, Globe & Mail and Toronto Star. In Justin Trudeau’s “no core identity” Canada, appear to be as twisted as our federal government. What a coincidence this is.