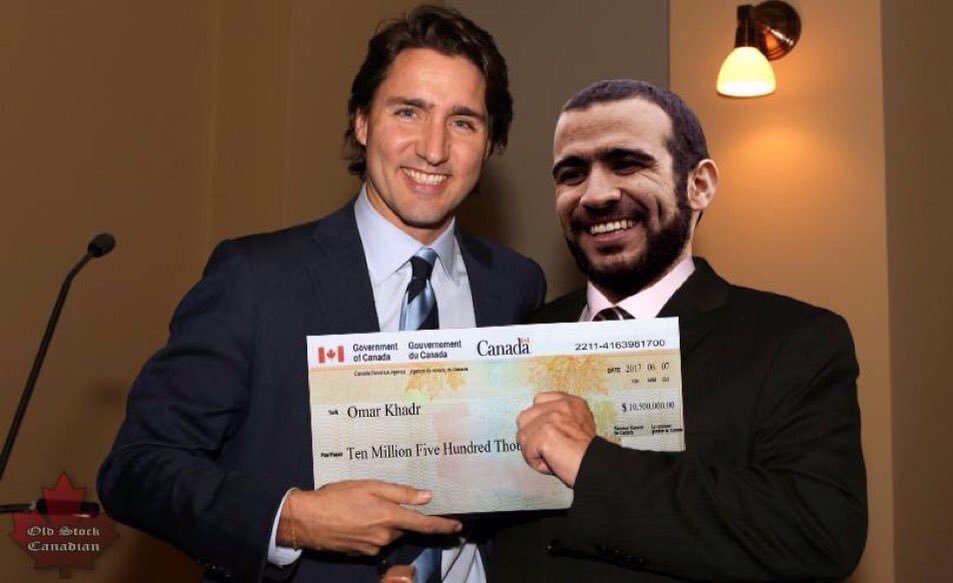 In 2016, under the Liberal government of PM Justin Trudeau, MP Stéphane Dion, Canada’s foreign affairs minister, lifted virtually all sanctions against Iran, paving the way for non-military exports to a country that has long been seen by the West as a pariah state.

Should any red-blooded Canadian be surprised? Of course not. For every day Justin Trudeau has been prime minister of Canada, he has promoted, funded, advanced and indemnified all aspects of Islam within Canadians society.

With sanctions against Iran dismantled, the country will be able to repatriate more than $100 Billion in assets held abroad — including funds in Canada — that were frozen in an effort to punish Iran for pushing to expand its nuclear capacity.

“There are fears that some of that money could be used by the regime to prop up its interests in the region, including elements deemed by Canada to be terrorist organizations: Hezbollah in Lebanon, the Bashar al-Assad regime in Syria and Shia militias in Iraq.”

Isn’t it always the way? CAP find this situation rather unsettling. Help us understand, fellow patriots:

Okay, so Justin Trudeau runs for prime minister in 2015. He neglects to mention a single word about the fact that if he becomes prime minister, he will fully dedicate himself to the Nation of Islam. He will re-instate citizenship for ISIS terrorists. He will approve the religiously skewed M103 “Islamophobia” motion. He will send billions to Afghanistan, Pakistan and Iraq.

All the while, CBC, Globe & Mail and National Post will refuse to expose the pro-Islam, anti-Christian Liberal government dynamic.

Then, after 63 Canadian passport holders are killed, Trudeau informs Canadians that the government of Iran “shot down” the airplane carrying the now-deceased. Mr. Trudeau still cannot bring himself to make one critical comment toward Iran–or any other element of Islamic religious philosophy or behaviour.

CAP Question Time: Why is this person still the prime minister of Canada? In our estimate, Justin Trudeau is not only the single most hated PM in history, he is also the most despised Canadian of all-time. This, even after the liberal-globalist media propaganda campaigns of 2015-2020.

Then, we have the globalist liberal academic contingent:

“Canada is finally joining the rest of the international community,” said Nader Hashemi, a Canadian expert on Iran and a professor at the University of Denver.

Holy Crow–do these words not sound like a statement that King Justin would make? Sure they do-globalism is a global phenomenon–its the same line of propaganda no matter who is delivering the message.

The academic continues: “Iran is one of those untapped markets in the Middle East where foreign businesses are eager to swoop in and take advantage of a market of some 80 million people,” Hashemi said. “Canadian companies stand to benefit with this new opportunity.”

Please do tell, “Professor”– what was the “benefit” of Iran for 63 of your co-religionists shot down in the recent attack on a passenger airplane?

Then, we have the Canadian Globalist Business Community, headed up by a fellow named Perrin Beatty:

The Canadian Chamber of Commerce, the country’s largest business group, has already lauded the change as a “good move for the economy.”

“Now that we have confirmation by the International Atomic Energy Agency that Iran has fulfilled all necessary commitments, it is only normal that we should move in the same direction as our allies and lift these economic sanctions,” said Perrin Beatty, the president of the group.

Government. Media. Academia. Corporate Business. All on the side of Iran. Rather telling, no?

Of course it is–the very reason why in general media eschew the entire charade. Hey, Perrin Beatty. You want Iran? Then go live there yourself. Millions upon millions of Canadians have no interest in forging ties with this despotic, theocratic, religious supremacist nation.

Then again, PM Trudeau has no interest in what the people of Canada want–he is 100% dedicated to Islam, and more than likely, will never change his tune.