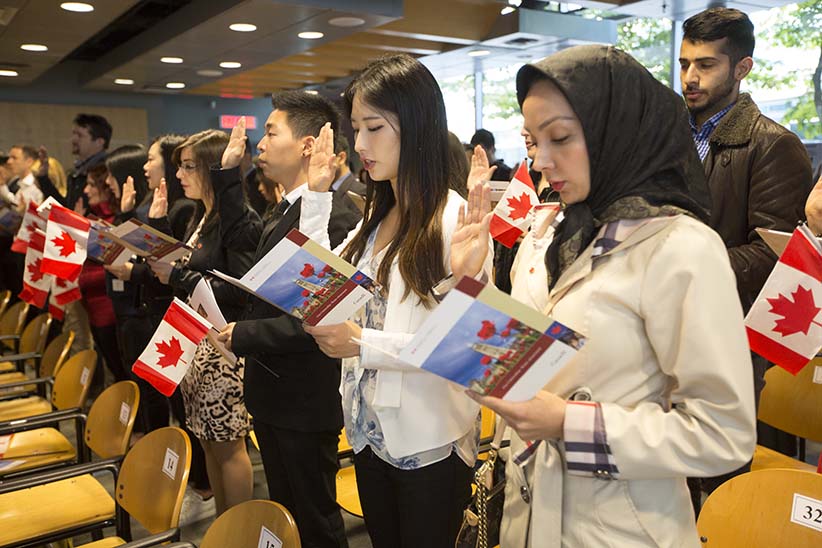 There are elements within Canadian society that one cannot help but find peculiar. That is, if citizens were to become aware of the circumstances in the first place.

According to our Liberal government, there are two issues which justify Canada maintaining the highest per-capita immigration quotas on the planet. The first is an aging population, resulting from the post-World War II “baby boomer” phenomenon. It co-exists with a need for people to fill employment gaps resulting from an aging “Old Stock” Canadian population.

Why did a series of federal governments permit an erosion in population to occur? Are citizens in 2022 to believe Canada’s leading institutions lacked foresight necessary to recognize a pending decline in birth-rates? This kind of thing doesn’t happen overnight. Decades existed for government to establish policies rectifying demographic decline- for example, financial incentives for parents to have additional children.

It never happened. Why not? Are we to believe both the Liberal and Conservative Party lacked the vision to establish a future-oriented policy of this nature?

How strange it is. Not that a remedy didn’t exist. Government developed their solution in the form of importing the children from 3rd World countries. Thus it is that immigration policy is used to rationalize mass immigration from India, China, Iran, Pakistan and other leading source nations.

While limited justifications exist, the Fed’s motivation is found in something completely different. CAP cannot recall a single instance where media allude to the political implications of maintaining the highest immigration quotas on earth.

How has importing twenty million migrants over the past half-century affected federal party success rates? A mighty big question it is. If one didn’t know better, one might conclude that CBC, Globe & Mail, Toronto Star and the rest have intentionally steered clear of the issue.

The purpose is to lock the Liberal Party in as government-for-life. Justin Trudeau’s post-modern Liberals do not merely establish policy. Rather, they work to establish the social “zeitgeist” of our times. To succeed in their socialist-oriented plot, PM Trudeau went and “purchased” Canada media.

They are ripped to shreds by media. Conservatives are racists and homophobes. Don’t you know? There is only one way in Justin Trudeau’s Canada– the Liberal way. Any deviation thereof is branded political blasphemy.

“Winning over Ontario voters in the hotly contested and vote-rich 905 Greater Toronto Area region is imperative for any Conservative Party path to victory in this year’s federal election,” experts say.

What “experts” do not say is that the “905” has the highest concentration of new arrival voters in Canada. Nor do media speak of an obvious affinity between Liberal 3rd World voters, and Liberal-3rd World Members of Parliament.

Despite media obfuscation, the influence is profound. So much so, it can serve as the difference between a minority and majority government. Or, for that matter, which party wins an election period.

In 2022, the phenomenon exists in all of Canada’s major urban constituencies. We arrive at an unspoken truth: Justin Trudeau and his backroom political schemers are using immigration intake to ensure the Liberals never again lose a federal election.

As a hypothetical, let’s say the Liberals were to win seven elections consecutively. Over the course of four years between federal elections, hundreds of thousands of fresh Liberal voters arrive on Canadian soil. Rinse and repeat until our country transitions to a nation in which the ruling party cannot fail to win a future election.

Mainstream media call this “democracy.” CAP call it a preconceived agenda for conversion from democracy to dictatorship. Interested third parties include the World Economic Forum and World Health Organization. Being the pied-piper of Canadian globalism, Justin Trudeau has served up our country to them on a silver platter.

What then will be the purpose of elections in the year 2038? For challenging political parties to waste hundreds of millions of dollars in an election they know they will not win? What logically results from this scenario? How about the idea that elections cease to exist?

Such it is that Canada transitions into a form of dictatorship. Here, we see why China is so damn interested in Justin Trudeau being re-elected as prime minister.

No wonder establishment media never speculate on Canada’s future. Our ruling government do not want want Canadians to understand a profound truth: our demographic transformation is inclusive of an opportunity for the Liberals to transition to a federal government-for-life.

Also known as a One-Party State. Just like China— the country PM Justin Trudeau and his family most admire.