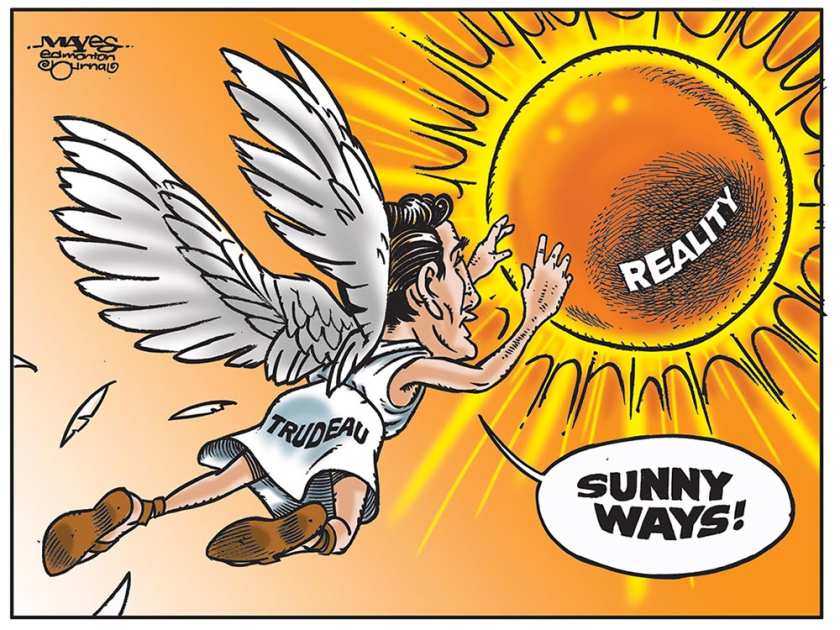 You won’t see it in mainstream media, but a recent visit to Hamilton, Ontario tells the story. Social media clips this week revealed the level of hostility Canadians have for PM Justin Trudeau.

That the video clips are located in Ontario, so-called hotbed of Liberal Party support adds fuel to the anti-Trudeau fire. In the real world– at a street level– Canadians despise the man.

Within a western democracy, political history tells us that the further a national leader strays from the will of the people, the greater the degree of public animosity.

Justin Trudeau has never spent a single day working for the Canadian majority. Always and forever, it is “special interest” Canada which serves as a baseline for his decision-making.

LGBT and its powerful transgender lobby get the nod. Muslims, Sikhs and the rest of “racialized” Canada are in the house. With climate change and net-zero as rationalization, the Liberals are stealing away our personal freedoms as we speak.

Where does the impetus come from? Did Trudeau run for office on a platform of taxing Canadians to death to pay for environmentalism? Was a promise to grant citizenship to ISIS terrorists front-and centre on his immediate “to-do” list?

Of course they weren’t. The motivation for the Liberal political oeuvre is sourced from multinational globalist “not-for-profit,” the World Economic Forum. Few Canadians knew of WEF when Trudeau began his run as Canada’s neo-dictator. Times changed as annual Davos, Switzerland summits began to enter our our collective consciousness.

Climate Change, Digital ID, Covid, Abortion, Euthanasia, Gender, Transgender, and the rest of the goodies which colour the WEF calendar. Each one adhered to with religious zeal by Trudeau’s Liberal government. A gang of woke zealots they are.

To say that Mr. Trudeau serves as an evangelist for the World Economic Forum platform is the understatement of the century. In practical terms, both the PM and his professional sidekick, New Democratic Party leader Jagmeet Singh belong to WEF-affiliated “Young Global Leaders” cabal. Deputy Prime Minister Chrystia Freeland has been a member for decades, currently sitting on the WEF Board of Trustees.

In the meantime, federally-funded Canadian media sit on the board of refusing to expose these political dynamics. Because of this, it took six years for the people of Canada to comprehend how they have been completely hosed by our federal government.

How far is Justin Trudeau willing to take this? The answer, of course, is all the way. Hustled into a private meeting surrounded by copious amounts of gun-toting security, the anger among the crowd is palpable, and possibly dangerous.

Is this man willing to destroy national unity in order to accomplish his World Economic Forum-derived goals? Did you know that among nations of the world, Canada now holds top spot in number of citizens Euthanized, as well as the number one position for human organ harvesting?

Is Justin Trudeau transforming Canada into some kind of “mini-China,” sans the 1.3 billion population the behemoth communist nation contains?

For Trudeau and the Liberals, climate change is a religion. As far as CAP is concerned, it’s a globalist ruse. The true goal is one of transformation.

Not of the human sexual variety cherished by Team Trudeau, but rather in administering the WEF agenda upon our country in evangelical fashion. In no manner is our PM working for Joe and Janet Average Canadian. Unless your name is Patel or Mohammed, or have changed your name from Bruce to Betty, Trudeau has little interest.

Our prime minister is a weapon of woke. International powers have leveraged his narcissism to plant a dangerous idea in his specious brain:

“You can be more than a measly Canadian prime minister. If you listen to us and behave accordingly, you will become a woke god of globalism.”

Steeped in megalomania, the prime minister bought the entire package. He won’t stop until removed from office. Justin Trudeau is an automaton of post-modern Woke religion. His fanaticism should be called out for what it is:

Entirely dangerous. Elevating himself to the status of a Woke God, his wings have yet to melt like Icarus of old.

Will Justin Trudeau sacrifice everything Canada has stood for since its inception to fulfill his globalist mission?

The longer he remains, the more likely it is.