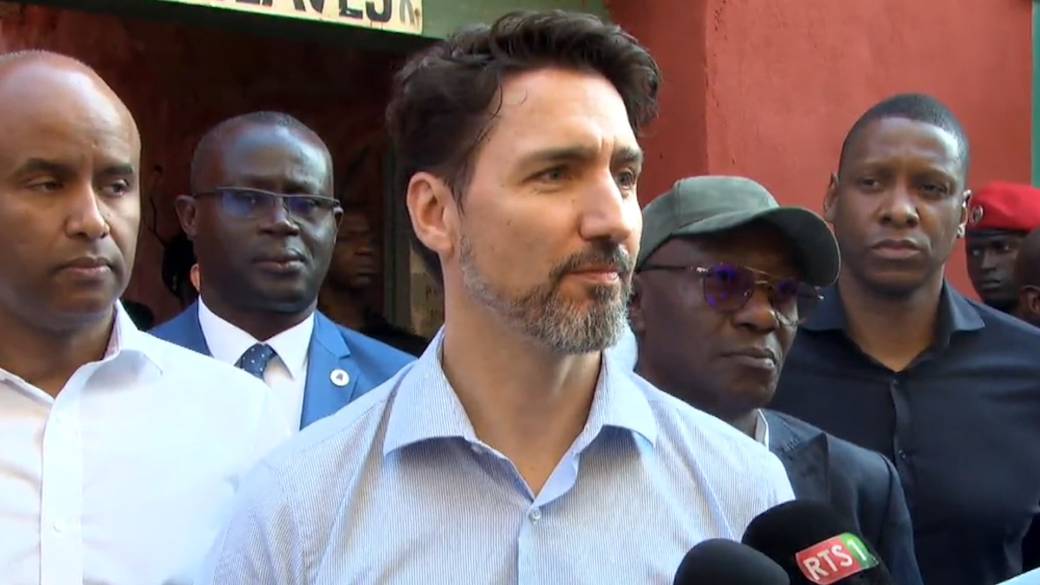 A leading African pro-life advocate says Canada’s prime minister should not have been allowed to speak in her continent because of his commitment to funding the killing of pre-born African babies.

“Simply put, Justin Trudeau is not a friend to Africa,” says Culture of Life Africa founder and president Obianuju Ekeocha, creator of the documentary Strings Attached and author of the book Target Africa: Ideological Neo-colonialism of the Twenty-First Century.

Trudeau has wrapped up an eight-day tour Friday that focused on winning African support for Canada’s bid for a seat on the United Nations Security Council for a one-year term beginning in 2021.

According to Lifesite News, Trudeau’s  “trip comes after a number of years of Canada’s Liberal government implementing “reprehensible anti-life and anti-family foreign policies.”

“As an African woman, it has been painful to watch this Trudeau tour through my continent, making speeches at our most important Summit of the year —  the African Union Summit — endearing himself to African leaders by donating even more million of dollars, having get-togethers with our leaders, and even doing photo-ops at a former slave trading post in Senegal,” she said.

“Given his unapologetic anti-life, pro-abortion legacy, Justin Trudeau should not have been given the platforms and special treatment that he got among African leaders, because this is a man whose policies have directly supported the killing of Africa’s youngest and most vulnerable — our pre-born babies — and a man who is responsible for bankrolling the importation of a toxic form of feminism from the West.”

Trudeau is featured front and centre in the trailer for Strings Attached, Ekeocha’s documentary exposing the brutality, deception and criminality that underlies the Western world’s exporting of abortion and contraception to Africa.

Talk about a hard-hitting attack upon Trudeau’s worldwide campaigns for fetus-destruction. Now, try this little experiment. In your web browser, search on the key words “Strings Attached Abortion.”

If you find what CAP found, you will see there isn’t a single article from a Canadian news source which has exposed anything regarding this film documentary. CAP can see why–the movie slams Justin Trudeau in no uncertain terms–therefore it is CBC’s responsibility to BURY the film in the sands of time without Canadians gaining an awareness.

“Across the African continent we now see Canadian taxpayer funds being used to sponsor ideological propaganda projects, thereby pushing upon the people of Africa a form of ideological neocolonialism.”

Ouch! What an incredible rant against King Justin of Canada. No way CTV and Global News will expose this piece of reality. Within Trudeau’s nascent socialist society, a comment such as this is not permitted to be published within our media.

Consider the following, fellow patriots: Trudeau’s billion dollar giveaways for African abortion are covered up and/or minimized by CBC. Globe & Mail cover up the fact that within many of the recipient nations, abortion is against the law.

“Strings Attached documents the fact that countless millions of aid dollars poured into Africa go not for education, clean water or basic medical needs for mothers and babies, but fill the coffers of international abortion-peddlers such as Marie Stopes, notes Jonathan Van Maren in a summary of the film.”

“The U.K.-based Marie Stopes operates in 37 developing countries and performs 3.53 million abortions annually around the world, many of these illegal.”

So why does Justin Trudeau want millions of African fetuses destroyed? Is this for the same reason that PM Trudeau insists upon a “no term limit” abortion policy in Canada?

Why is Justin Trudeau obsessed with abortion? Is this in any manner related to the man’s  obsession with homosexuality?

Why, why, WHY? Response from Globe & Mail-– dead silence. Therefore, CAP will speculate:

In our opinion, Justin Trudeau is not so much a national leader as he is a socialist manipulator. Where does this come from? As enlightened patriots understand, the family of Trudeau are admirers of political despots like Fidel Castro and Chairman Mao Tse Tung.

Within these totalitarian societies, the social dynamic exists as follows: government “socially engineer” their nation in the manner they so choose. Did Mao Tse Tung not knock off 10 million-plus Chinese nationals for ideological purposes? Sure he did.

Now, it is a known fact that Justin’s so-called father, Pierre Trudeau, greatly admired Chairman Mao. In other words, he admired China’s ability to “demographically transform their nation on a dime.”

Fast forward forty years, and witness what King Justin has to say about China:

“There’s a level of admiration I  have for China, because their basic dictatorship is allowing them to actually turn their economy around on a dime.”

Simply put, this is a “half-truth.” It is not controlling the  economy that thrills Trudeau so much–it’s an ability to control people, society and the destiny of a nation in a totalitarian fashion that really turns him on.

Within a dictatorship, social engineering is the name of the game. Do tell–is this not what is occurring upon Canadian soil as we speak? Massive 3rd World immigration is, in fact, a form of demographic manipulation– is it not?

It is here we find the true essence of the man Justin Trudeau. In reality, he is a modern-day “dictator” in waiting. The man  has learned from the best on how to hide  this societal transition from the awareness of the people of Canada– a replication of tried and true socialist methodologies of his hero-nations Cuba, China, and the former U.S.S.R.

2 thoughts on “Justin Trudeau Is A “Destroyer of Africa’s Young And Vulnerable”: Abortion Documentary”