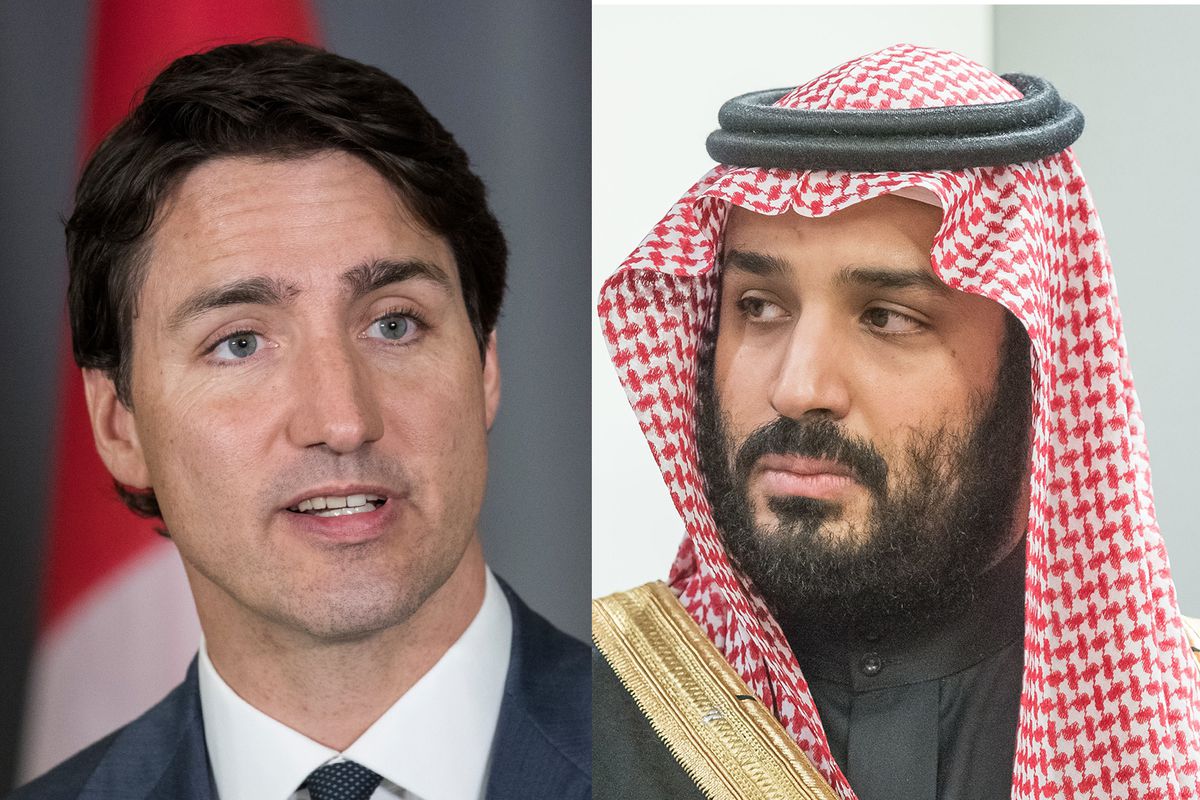 For informed Canadians–those who look beyond the globalist platitudes of the establishment media, this should come as no surprise. Throughout his tenure as prime minister, Mr. Trudeau has displayed ubiquitous support for non-democratic foreign governments. Socially, religiously, and economically–Trudeau hands over a billion tax payer dollars to Islamic governments each year. To add insult to injury, Trudeau exempts Saudi oil from his precious carbon tax.

Who benefits? The Saudi government. Who suffers? Canadian oil sands workers, and the Canadian economy in general. Basic questions continue to be overlooked by a complicit media. Why does PM Trudeau work so fervently for the benefit of non-Canadian governments and institutions?  The Globe & Mail won’t tell us–they won’t even posit the question. Nor will CBC or Toronto Star.

Under Trudeau, the Alberta oilsands have experienced a dramatic shrinking of industry, as well as thousands of workers lay-offs. One might believe that in his role as prime minister Trudeau would work to improve their plight. No way, Jose. Rather, Justin accommodates American environmental organizations such as Tides Foundation in their desire to IMPEDE oil production. Not a surprise, as Tides and others funnel major dollars toward our current government.

So Canada suffers while Saudi Arabia and their brethren nations benefit. If this is emblematic of Justin’s “post-modern” Canada, patriots and other sensible Canadians will take PRE-MODERN Canada every time. Too bad Trudeau rendered this entity DEAD with his “no core identity” proclamation. Thinking Canadians should pick up on the idea that it is Justin himself who has no core identity. As for Liberals, most likely they will just continue being Liberals.