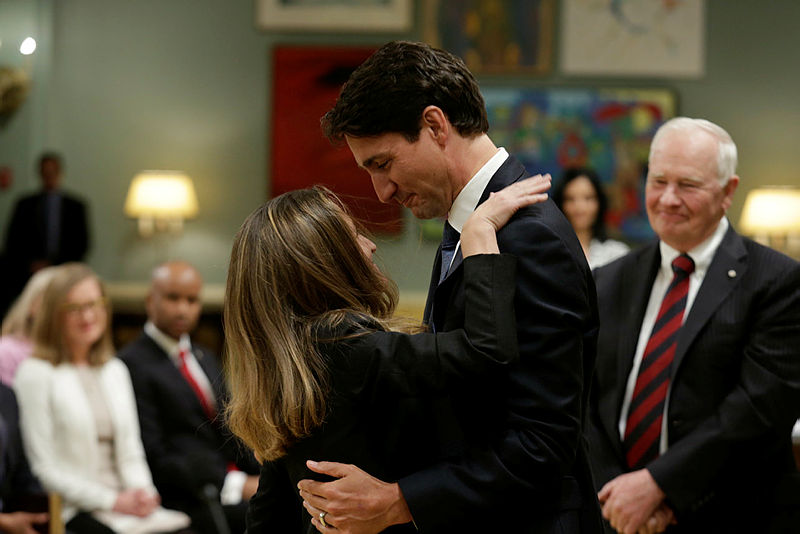 “A solid majority of Canadians — 61% — believe Trudeau has divided the nation because he often favours certain groups and regions of the country over others, which has created national unity issues.”

Talk about hitting a political home-run. Just under two-thirds of Canadians believe our PM has divided our society. But in a way, it’s the reason for division that exposes the real danger inherent in a Trudeau-led Liberal government.

The word for it is “favouritism.” In the beginning(2015), most Canadians could not see through the media curtain to recognize the divisive nature of our Liberal government.

After six-plus years in office, the times they are a’changin. A majority of us believe Justin Trudeau is a divider. While media expose statistics, they refrain from elaboration on the root cause.

Cultural Action Party refuse to be cowardly. We want to understand why PM Trudeau “favours certain groups and regions of the country over others.”

If accurate, there is only one logical reason for doing so. Because government has a hidden agenda which benefits from a divided society. Because unity of Canada’s pluralist communities is antithetical to the goal of government.

What is Justin Trudeau and his neo-Communist Liberal Cabinet really after? A clue is discovered in a single word: transformation. Whether applied to human sexuality or social revolution, Trudeau and the Liberals go all-in on the movement.

According to Karl Marx’s communist theory, a “class” is a group with intrinsic tendencies that differ from those of other groups within society. This forms the basis of a fundamental antagonism between such groups.

“The workers would eventually gain consciousness of their plight, seize the means of production, overthrow the capitalist class and usher in a new socialist society.”

For proper insight, a post-modern component is interjected into the picture:

“Marxist scholars in the West adapted their revolutionary theory to the social and racial unrest. Abandoning Marx’s economic dialectic of capitalists and workers, they substituted race for class and sought to create a revolutionary coalition of the dispossessed based on racial and ethnic categories.”

There you have it– the exact recipe for Justin Trudeau’s Woke Revolution. To facilitate Canada’s transition to a socialist dictatorship, the Liberal back-room schemers adopted a “divide and conquer” strategy employed by socialist revolutionaries–of which Trudeau is one.

To say the PM has over-stayed his welcome is the world’s greatest understatement. Simply put, he just won’t go away. Dictators never do. Sick and tired of Trudeau, patriots sit and stew in the knowledge that New Democratic Party leader Jagmeet Singh stabbed democracy in the back by extending the PM’s grip on society for three additional years.

Ten years of a Canada-loathing Trudeau family prime minister. Sounds not unlike the terms of a political contract. The degeneration of a once-proud nation continues.