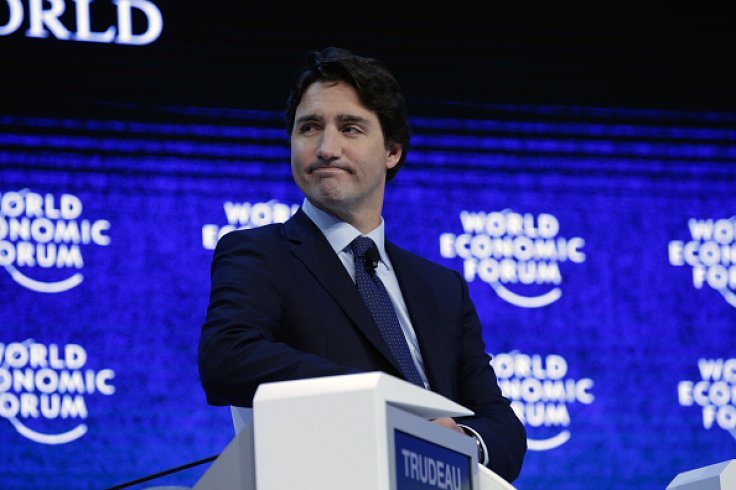 For the first time, the Canadian central bank’s financial system health report is flagging climate change as an important vulnerability along with its long-running worries about household debt and apprehension about the housing market.

The assessment is part of the Bank of Canada’s annual report card that explores key weak spots and risks surrounding the stability of the financial system.

What a coincidence. Just months after Justin Trudeau forced an unwanted Carbon Tax upon Canadians, the Bank Of Canada’s annual report adds an historically unprecedented warning connecting the economic health of our nation to the “climate change” narrative of the Trudeau government.

The Bank of Canada is a globalist institution. They are controlled by a globalist Liberal government. As with Trudeau’s  recent reach into controlling mainstream and social media, he is playing the same pseudo-totalitarian game with the environment.

The majority of Canadians– including the majority of Premiers— do not want the Carbon Tax. Justin does it regardless. Now, the Canadian Finance Industry joins the globalist push to suck additional tax dollars out of our wallets by a post-modern piece of propaganda intended to justify Trudeau’s “price on pollution.”

Cultural Action Party of Canada have a term for the phenomenon: Environmental Fascism. No matter how the public react or what provincial leaders want, Justin Trudeau continues to push the SAME AGENDA as he has from day one. It’s truly ROBOTIC.

Climate change taxation is rooted in the United Nations–the ultimate globalist institution on earth. Our PM follows their orders 100%. Now banking has joined the parade. High Finance and Banking are globalist institutions. Trudeau has supported international banking by creating the largest federal deficits in Canadian history.

International Banking. United Nations. Carbon Tax. All globalist to the max, all supported by Justin Trudeau. These entities are the winners. Losers: lower and middle income Canadians, their families, Canadian tax-payers(shafted), parents working to feed their families.

This is Justin Trudeau. This is the ESSENCE of the man. Mr. Justin is unique. He is the first PM history who is 100% anti-Canadian. Father Pierre is a close second, but in reality, no one comes close to the dedication to destroy that the King of Kanada has conjured up.

Get rid of him on October 21st, 2019. Vote him out. Don’t let the VOTER APATHY the Liberals want to maintain keep you away from the ballot box. It will not keep busloads of Sikhs in the GTA from being driven en masse to voting booths. It won’t prevent IMAM’s in mosques from pushing worshippers to become political candidates in Canada.

Use it or lose it. Trudeau is pushing for the latter, and he always will. Globalist politicians NEVER CHANGE.