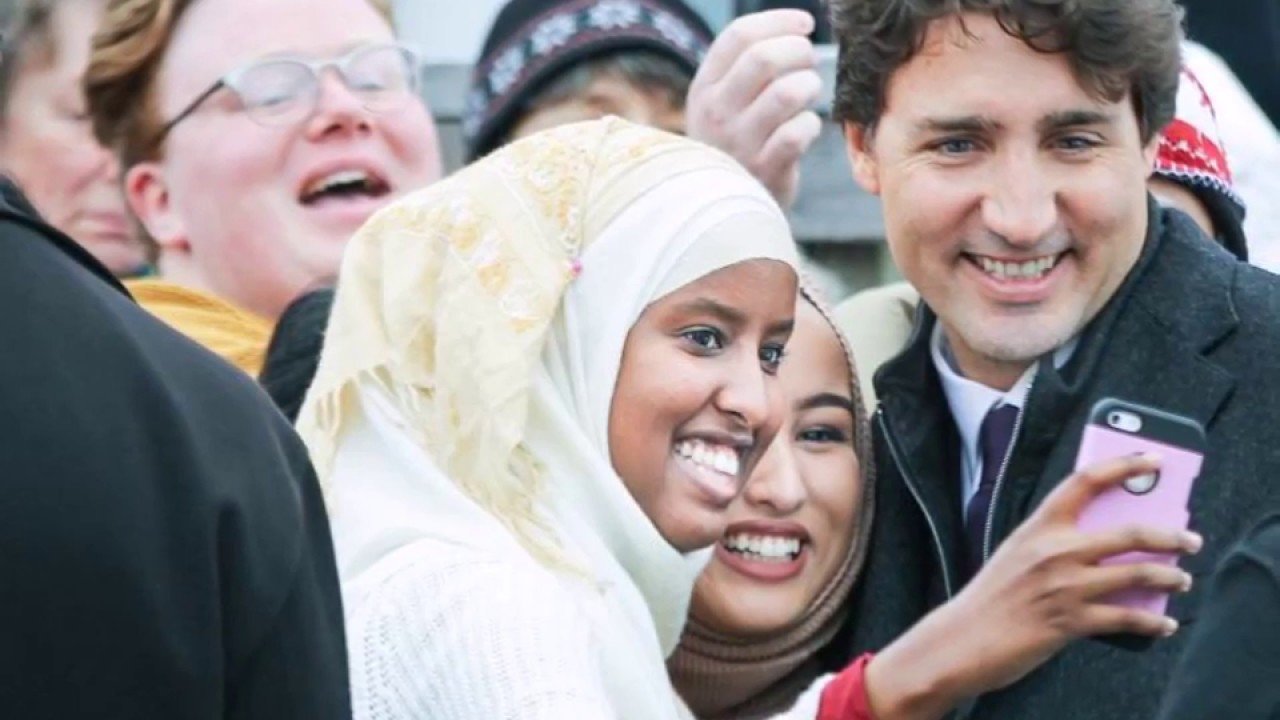 For informed Canadians, we knew it was only a matter of time before PM Justin Trudeau waded into the political waters of the province of Quebec’s Bill 21.

Inevitable Outcome: “This is Islamophobia,” scream National Council of Canadian Muslims. No surprise–CAP vehemently disagree. The Bill applies to all religious communities in Canada, therefore in this capacity it is a neutral measure.

Not so, say NCCM. “It’s worse for us” announce various tax-payer funded immigration and multicultural not-for-profit organizations. Okay, so logic is not there strong point.

What is their strong point is the following: utilizing accusations of racism, bigotry and xenophobia to strong-arm society into accepting every cultural behaviour endemic within one specific religion.

In this capacity, these “multicultural” organizations have what a poker player might refer to as a giant “ace-up-their-sleeve.” This wild card comes in the form of the prime minister of Canada, Justin Trudeau.

In the history of our nation, no PM has ever backed one specific “identifiable community” in this manner–not even close. Within 2020 Canada, the Nation of Islam is Justin Trudeau’s top priority. In truth, it is obvious and blatant. By way of CBC and establishment media, the situation is buried, obscured and driven out of the consciousness of 37.7 Million Canadian citizens.

The examples are myriad: citizenship for convicted ISIS terrorists. Billion of tax-dollars shipped to dozens of Middle Eastern and African nations. Advancing fundamentalist MP’s within Cabinet and Caucus. Tens of million of dollars to non-profits accused of ties to militant Islamic organizations around the globe.

Now, every so quietly and discreetly, PM Trudeau is financing a Court Challenge to Quebec’s so-called “Hijab Ban” law.

“One day after the minister of immigration, Simon Jolin-Barrette, slammed Ottawa for allowing the English Montreal School Board to use money from the federal Court Challenges Program (CCP) to challenge Bill 21, Legault went a step further, pointing the finger directly at Justin Trudeau.”

“I think Justin Trudeau insults Quebecers in financing a challenge against this law banning religious symbols, which is supported by a majority of Quebecers,” Legault said arriving for question period at the legislature.”

“I ask Justin Trudeau to ensure this financing is not given to challenge Bill 21.”

Not  a chance–Trudeau will do it as sure as the sun doth shine.

“It’s shocking. I think it’s unacceptable to see the federal government financing the EMSB to go against the will of the majority of Quebecers. It’s insulting from Mr. Trudeau.”

Meaning the move is unprecedented. Ever heard of the Court Challenges Program? CAP will bet 90% of citizens have not. Therefore, Canadians are unaware of how this program came to exist.

No surprise, it was a Trudeau family member who set this up in the first place. The CCP is an off-shoot of Pierre Trudeau’s Charter of Rights and Freedoms.

The Court Challenges Program of Canada (CCP) is a non-profit organization whose stated purpose is “to provide financial assistance for important court cases that advance language and equality rights guaranteed under Canada’s Constitution“.

The government of Brian Mulroney created an expanded Court Challenges Program in 1985, after the equality section of theCanadian Charter of Rights and Freedomsbecame law.

The government of Stephen Harper abolished the funding for the program in 2006. The program was restored in June 2008. In other words, Conservative government’s kept cancelling the program, and Liberal governments kept reinstating it– as Justin Trudeau did upon seizinfg control of Canadian society.

Together with Pierre’s Charter, the CCP serves as yet another “weapon of attack” upon the Canadian majority. It was through this legal route that Pierre Trudeau successfully disempowered Parliament, and of course, the Canadian public in general.

What transpired is the following:  an overall powershift from government to Canada’s legal industry. Suddenly, Canadian courts and judges were flush with power. Canada’s Supreme Court arguably became the most powerful institution in the land.

Who was Pierre Trudeau? Why he was both a Liberal, and a lawyer. His globalist, left-leaning, anti-democratic pretensions began to impact society in a profound manner.

As it happened, along with lawyer, judge and court empowerment came a secondary power-play. The “special interest” lobby surged in no uncertain manner. Multicultural organizations– Chinese, Sikh and Muslim in the main–also benefitted from this political “shot-in-the-arm.”

Society began to shift on its axis. The Canadian majority became a weak and ineffective social force in politics. MP backbenchers lost power, as did more prominent MP’s.

The Charter of Rights and Freedoms created a legal dynamic whereby any piece of legislation or law could be challenged in court. This weakened the power of one thing the Trudeau family hate–British Common Law.

In other words, the Charter, Court Challenges Program and related globalist-mulicultural empowerment all flowed from the pen of Pierre Trudeau. You know how some folks refer to the Charter? Here it is– as one giant piece of Trudeau-preferred governance: Socialism.

Fast Forward to Justin Trudeau’s “post-modern” Canada. Who are the major political players within contemporary Canada?  How about Sikh-Canada, Muslim-Canada, LGBT Canada for starters.

Guess what, fellow patriots–this didn’t come from nowhere. It came from the Trudeau family— a collective  of anti-democratic, anti- Anglophone and anti-Christian political leaders.

As our society works its way toward 2030, it is fact that Anglophone Canada is in serious trouble. We have no representation whatsoever within government. Yes, white people are prominent with the House of Commons--no one is denying this.

But the real point is that not one of these MP’s, MLA’s, Mayors or City Councillors actually represent English Canada, or its Anglophone peoples. Now, let’s flip to the political “b-side.”

The Greater Toronto Area(GTA) is jam-packed with MP’s representing Sikh and Islamic interests. An equivalent for white Canada does not exist. And even if it did, the movement would be branded racist, bigoted, xenophobic and more than likely genocidal as well.

Do tell– is this emblematic of true social equality in Canada? Of course not. Rather, is it representative of calculated prejudice against an identifiable Canadian community?

Absolutely. So why is it accepted within society that multiculturalism(what CAP refer to as die-versity) is emblematic of social equality within society?

CAP will answer with three letters– CBC--as well as the rest of Justin Trudeau’s hired media cabal. More socialism? Of course it is. Establishment media can dress it up anyway they like, but multiculturalism, the Charter, Third World immigration, refugee intake, carbon taxes are all various shades of a socialist agenda to trans-form Canada from democracy to dictatorship.