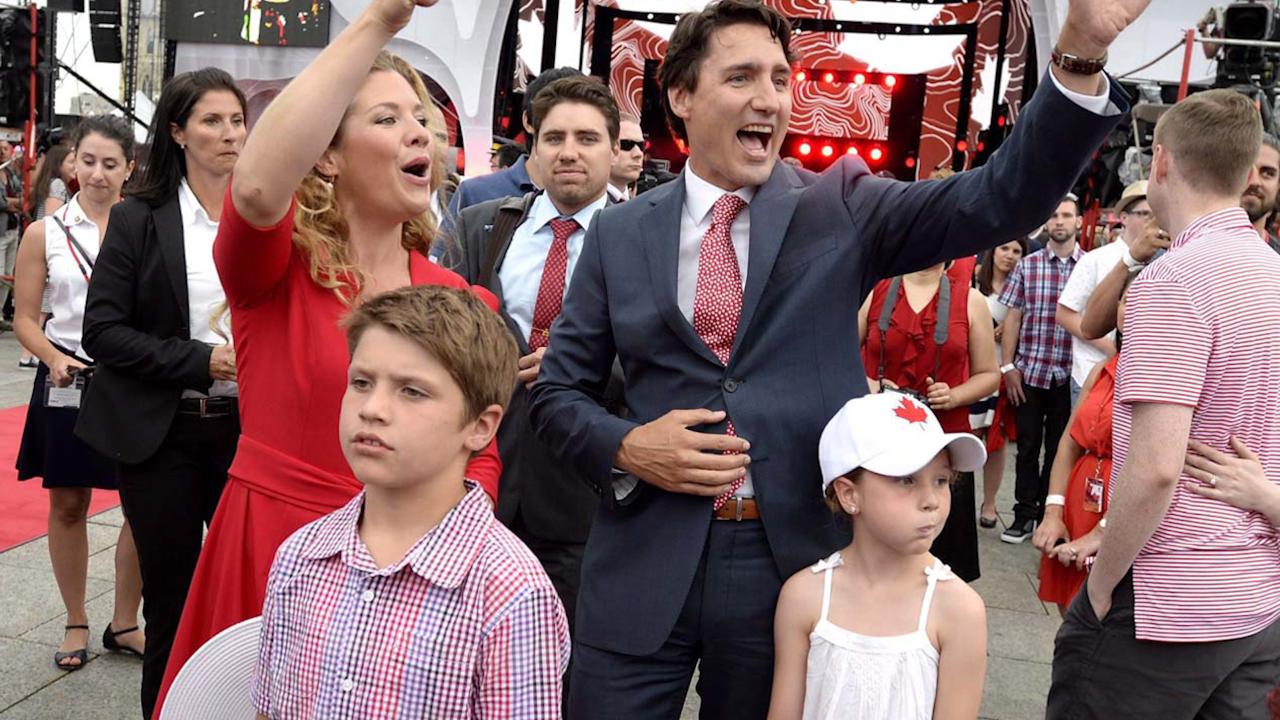 Since 2017, Canada’s government under Justin Trudeau’s Liberals has conducted foreign policy with an explicitly “feminist” approach, especially as it relates to sexual and reproductive health rights.

Part of that has involved trying to eradicate child marriage overseas. Canada is a leader and key funder of United Nations efforts to end child marriage, which is regarded as a revealing measure of a country’s development.

But there is a curious blind spot. Child marriage in Canada “is legal and ongoing,” and not as a rare legal quirk in niche communities of religious extremists, as media coverage often suggests.

How very Justin Trudeau. Once again, his concern is for non-Canadians in Africa, the Middle East, and other Third World nations. As for child marriage–read child ABUSE and rape(must be 16 years of age or older), Justin is silent as the lambs.

The original source article speaks of a discovery that Canada has approved at least 3,382 child marriages since 2000, based on data from vital statistics offices, which indicates the marriage has occurred in Canada, but otherwise offers limited information.

But NOWHERE does the article mention that child marriage is acceptable and promoted within Islamic religious practices by way of the Koran and Sharia Law. A curious omission  indeed. Thousands of cases have taken place in western European nations, as well as the United States. Yet Canadians are to believe NOT A SINGLE CASE has occurred upon Canadian soil? Hardly.

Yet, by way of establishment media in Canada, you wouldn’t know the practice even exists within Islamic communities.  What have we heard about this breach of the Canadian criminal code from Prime Minister Trudeau? Nothing. What opposition to child marriage has been brought forth by Canada’s Minister of Status of Women, MP Maryam Monsef? Again, NOTHING.

Why? Along with female genital mutilation, these practices are illegal, immoral and abusive. They are also a breach of the Charter of Rights and Freedoms. Yet NOT A WORD is written about these realities within mainstream media. Who are they trying to protect here?

It is ONLY Christians and Jews being called out for the practice in this article. Islam remains INDEMNIFIED. Why? Could it be something entitled M103, otherwise known as the “Islamophobia” motion. Put forth by Pakistani national MP, Iqra Khalid, M103 effectively places Islam on a higher level than Christianity, Judaism, or any other religion in Canada.

Is this why the Nation of Islam is omitted from the child marriage narrative? If so, it is a GIANT DISSERVICE to non-Muslims in Canada, who comprise a mere 96% of our overall demographic.

This is so very JUSTIN TRUDEAU. In fact, this piece of news is an ideal microcosm for the state-of-the-nation under the iron-clad grip of King Justin.

Inequality, favouritism, special status. PM Trudeau has rendered the Nation of Islam SACROSANCT within Canadian society. BAD IDEA. This only results in anger, resentment and community fragmentation. Media REFUSE to point this out. Nor do they allude to the idea that the Trudeau government’s decision-making is inherently one-sided and self-serving.

Will the nightmare ever end?