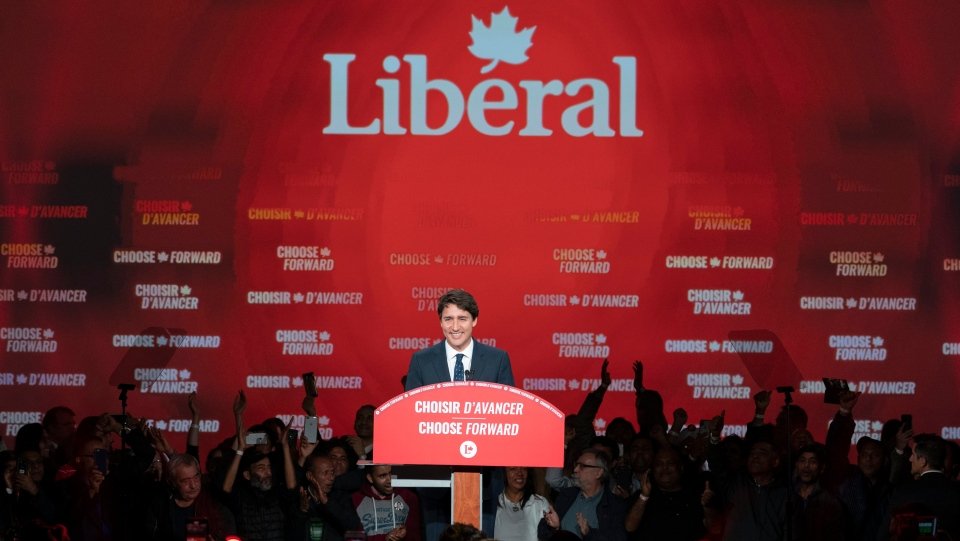 On June 10th, 2020, commissioner of the RCMP in Canada Brenda Lucki stated she was not 100% “sold” on the branding of her law enforcement community as one infested with “systemic racism.”

On June 12th, 2020, Ms. Lucki revised her position, did a major turn-around, and thereby bought into leftist Canadian society’s labelling of the RCMP as a racist entity.

Why the about-face? CAP can only speculate. Yet just about any Canadian who follows politics will understand the degree of pressure for Brenda Lucki to conform to the agenda.

Turns out that the murder of a black American by a white American cop has given a giant “adrenalin rush” to the anti- Anglophone program of Justin Trudeau and his Liberal government.

Witness as media push this hateful agenda to its maximum potential. In terms of racist branding, it appears one goal is to elevate Canada to the level of the United States.

Witness how all major media– CBC, Globe & Mail and the rest–now have resident 3rd World journalists in place to trash and bash white Canada.

The message inherent within is that Canadian society as a whole is systemically racist, and something MUST be done about it. Too bad CAP can count on less than one finger the societal “solutions” put forth by the Anglo-haters.

Why are there are no tangible solutions being offered up by Canada’s“three headed hydra” of Anti-Anglophone sentiment– the Liberal government of Canada, mainstream media in Canada, and the academic world of Canada. Taken solo or as a united social force, these three have at least one thing in common–a desire to disempower Canadians of European Heritage.

Truly, the movement is so virulent now, there is little chance that white Canadians will ever escape the punitive branding of their communities. Justin Trudeau is presently “gunning like the devil” to establish Canada with a “core value” of vilifying citizens of European heritage.

So what to do? One thought relates to the biblical conception of “fight fire with fire.” This Old Testament sentiment may have relvance within this context.

CAP believe an answer is to be found in political organization. The truth is that Pierre Trudeau’s 3rd World empowering Multiculturalism and Charter of Rights and Freedoms could well be leveraged for “European-Canada.”

Ever heard this idea postulated within Canadian media, or society in general?

NEVER. Pourquoi? Because thus far in Canadian history, these liberal-globalist ideologies have been the exclusive property of the Trudeau family’s chosen 3rd World, Sikh, Chinese and Muslim communities.

It doesn’t have to be this way. Fact is, according to the verbiage contained within, Multiculturalism and Charter Rights actually apply to ALL Canadians–including citizens of European heritage.

Know what this means to a Canada-basher like Liberal power-player MP Ahmed Hussen? Try “hell-on-earth”– an excellent reason for this movement to become established within our pluralistic society.

This concept maintains zero traction within Canada– for a very good reason. Here CAP bring about another word that we lean on a great deal– “subterfuge.”

This is a positioning of an issue within society for the purpose of achieving a social condition unrelated to the public messaging contained therein.

The assumed goal is to eradicate racism in Canada. Note the word “eradicate”– this has been a vital part of the agenda. Somalian-Liberal globalist hustler MP Hussen stated the goal is the “eradication of racism” within Canadian society.

What a hoax this is. Please do tell, Mr. Somalian citizen, how you and bossman Justin plan to eliminate racism when this social phenomenon has been endemic within civilization since the dawn of mankind?

For CAP, this is pre-meditated subterfuge. The true goal is not an eradication of racist sentiment, because such a goal is an impossibility.History confirms this in no-uncertain terms.

Rather, the true goal is to vilify Canadians of European heritage with a goal of trans-itioning said community into the “doghouse” of society.Post- George Floyd, Trudeau and Hussen’s punitive agenda has taken off like wildfire.

What we really have here is something 100% eschewed by media. As a rascally rabbit named Bugs once proclaimed– “this means WAR.”

The goal? To steal away Canada from our people, while trans-itioningEuro-Canucks to second class citizenship. Moving forward, our light skin will prevent us from working for government, as well as gaining employment within the general business community.

The leaders of industry have said so, so why shouldn’t we believe them? Turns out Trudeau’s ominous “post-modern nation” proclamation is now available for patriots to comprehend:

Trudeau’s “new” Canada is an anti-Anglophone Canada. This community has now been transitioned to the “nemesis” peoples of our nation, and more–much more— is coming our way as we head toward 2030.

CAP declare the decade of 2020-2030 to be that of the demise of Anglo-European Canada. The leader of the movement is the leader of Canada–PM Justin Trudeau.

Behind him, a “liberal-globalist cabal” filled with half-Canadian citizens:MP Omar Alghabra, MP Iqra Khalid. Add to this dozens of 3rd World Liberal MP’s within a globalist powerhouse created by way of mass 3rd World immigration policy– the Greater Toronto Area(GTA).

The “eradication” program of the Trudeau government, CBC, Corporate Media and Canadian academia rolls on.

An elimination of racism is not the true goal here. The truel agenda is the acceleration of a government/media agenda to trans-fer Euro-Canadians into a “doghouse of disempowerment” within society.