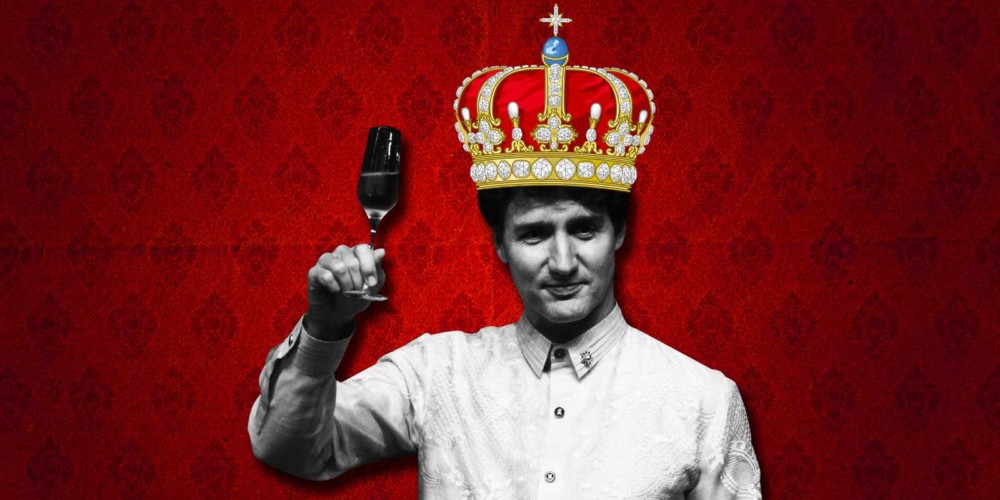 What Justin Trudeau appears to hate more than anything can be summarized in his comprehensive attack on individual freedom. Obviously, our PM has a serious problem in the area of control.

An unwavering need to restrict Canadians from traditional freedoms– constitutional freedoms– underlines his every move. Simply stated, Justin Trudeau is a serious control freak. Authoritarian tendencies seem to be intrinsically woven into the fabric of his being, as if he is a logical extension of authoritarian dictators of the 20th century.

“The need for control drives people to turn to the external world in order to find things they can control. They may be compelled to micromanage and orchestrate the actions and behaviors of others.”

What are the traits of a controlling person?

“Control freaks” have a psychological need to be in charge of things and people – even circumstances that cannot be controlled. The need for control stems from deeper psychological issues such as obsessive–compulsive disorder (OCD), anxiety disorders or personality disorders.

How neatly Justin Trudeau’s personality reflects these character traits. Nothing is ever his fault. The man consistently criticizes those who think differently than he does. The PM loves to intimidate dissenters.

“Gaslighting is a manipulative abuse tactic where a survivor begins to question their own reality. This is done by the abuser questioning facts, denying memories the survivor has, undermining their judgment and bullying them into believing the abuser’s reality.”

Sounds just about right regarding Justin. The man is a political bully, but at the same time behaves in a cowardly manner. After running and hiding from the attendees of the Truckers Convoy in Ottawa, Trudeau pulls a complete about-face by invoking an unnecessary Emergencies Act.

Even the “don’t want you to see loved ones” trait applies. Astute observers may have picked up on the trend. Each time a family-oriented holiday came around during the dog-days of Covid, Trudeau was on the horn instructing Canadians not to get together with family and friends. Christmas, Easter–you name the traditional holiday, and the PM was promoting the perils of meeting up with family members.

Mr. Trudeau’s need for control is likely rooted in his family background. Diagnosed with bi-polar depression, mother Margaret Trudeau’s fixations fell outside the family unit. Pierre Trudeau was concerned with matters of the state.

Such a structure was bound to leave the oldest Trudeau son starving for attention. Lack of personal success as a youth would only exacerbate the situation. Fueled by a half-life of mental mania inherited from mother, Trudeau flew out of the prime ministerial gate with a series of impetuous decisions.

In the beginning(2015), he was high on life as a freshly-minted prime minister. Over time, however, his exuberance began to fade. Like all those experiencing bouts of mania, deflation set in as the PM came to recognise a profound fact:

These people will not do exactly as I say. The result was a carving up of society into distinct social groups: those who consider his words prophetic, and those who think he is a fool.

Can it be that Justin Trudeau’s pathological need for control is eliminating personal freedoms for Canadians?

OCD tendencies are closely linked to Narcissistic Personality Disorder. These types crave one thing above all: a need to be admired. As an under-qualified national leader, Trudeau’s need transcends the typical case.

The PM became intent upon being so much more than a prime minister– he was to be perceived as a Globalist God. See Justin go Bollywood, dancing like a banshee over in India. Not content with the role, the Trudeau transformed himself into a woke whirling dervish as if a reincarnation of 13th century Persian poet Rumi.

Yet, like all manic individuals, disillusionment began to darken his cognitive door. The result was a crackdown on society. A calculated agenda of social manipulation began to creep into Trudeau’s “sunny ways” ploy.

He must control the people, and they must bend to his will. The result being the greatest reduction in personal freedoms Canadians have experienced outside a period of war.

A recent article from conservative journalist Spencer Fernando speaks to the standard Trudeau inflicts upon society:

“The Liberal government has taken advantage of Canadian ‘niceness’ in order to get people to meekly go along with an assault on our rights and freedoms.”

“Year after year, month after month, day after day, our rights and freedoms as Canadians are eroded and the power of centralized government increases.”

CAP pull no punches: what Mr. Fernando speaks of is exactly what has occurred in Canada while Justin Trudeau has been prime minister. Will his desperate, clinging need for control one day blow-up is his face?

Maybe, and maybe not. CAP believe that no matter who the Liberal Party select as leader, they will continue on with the great globalist roadshow. The only chance to prevent our nation from a Liberal-induced slide into neo-totalitarianism is for the party to lose a future election.

No, it won’t make Canada perfect. It may not even prevent our transition from democracy to dictatorship. But at least we could see some light at the end of the authoritarian tunnel. If not, Canadians will continue to experience our steady transformation away from a free and democratic society at the hands of neo-tyrant Justin Trudeau.

1 thought on “Justin Trudeau, Enemy Of Personal Freedom For Canadians”