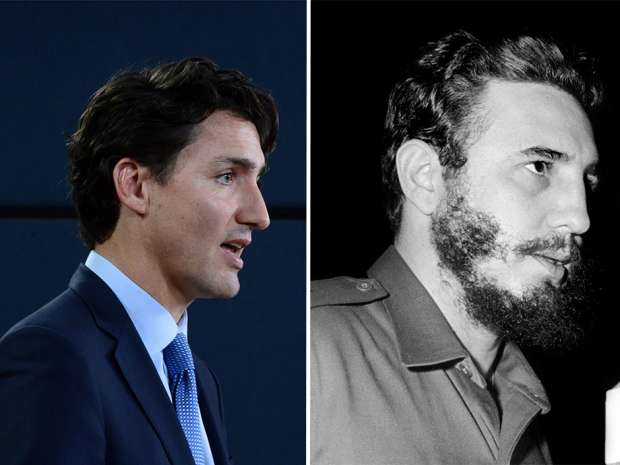 Who should be surprised? NO ONE, that’s who. Yet, incredibly, the wool has been PULLED OVER THE EYES of the Canadian people. And who has done the pulling? Why, this would be the mainstream media of Canada. CBC. Globe & Mail. Toronto Star. All obscure the fact that not only does Justin admire “basic dictatorships” such as found in China, but also that Justin’s ENTIRE FAMILY has expressed admiration for despots like Mao Tse Tung and Fidel Castro.

Pierre was the ground-breaker, of course. Is it a coincidence he forced multiculturalism upon society just MONTHS AFTER he became the first western leader in HISTORY to visit China and meet with Chairman Mao?  Wethinks NOT.

Fact is, the more desperate Trudeau becomes, the more he is EMULATING his beloved Communist Dictators. The fact that his media puppets have NEVER ONCE articulated these realities to Canadians confirms pre-conceived collusion with government. Then  again, government and media are always joined at the hip within communist dictatorships.

2 thoughts on “Justin Trudeau Emulating Communist Dictators He So Admires”