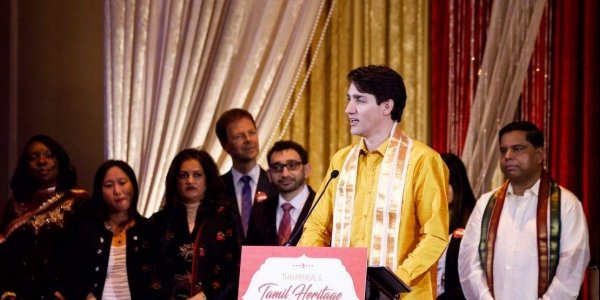 Recent efforts by Justin Trudeau and the Liberal government to demonize Conservatives as racists and bigots is a most appalling spectacle. Justin Trudeau  knows Andrew Scheer is not a xenophobe, racist or bigot.

The problem is, it DOESN’T MATTER to him. Trudeau is willing to DIVIDE Canadians along racial and religious lines in order to win the October 2019 federal election. And he is doing so with great aplomb. People are ANGRY. As it happens, the lion’s share of these people are Anglophones, as well as other Canadians Of European heritage.

Yet media in their infinite wisdom(or bank accounts) refuse to speak of this “silent” majority. Of course, mainstream media sources such as CBC DO THEIR PART keeping these people silent. Consider that in the forty-plus years since Pierre Trudeau “blessed” Canada with multiculturalism, not a SINGLE ARTICLE has appeared speaking from the point-of-view of how Old Stock Canada perceive the results. How, for example, do Seniors, Veterans and Old-Age Pensioners feel about the TRANSformation of Canada into the great refugee repository of the world?

No one knows– because the questions have never been ASKED. Nor have journalists such as Andrew Coyne or Chantal Hebert ever bothered to write on the subject. Conclusion? Within Justin’s post-modern Canada, these people are INVISIBLE. They are not having Liberal-voting children, nor are most willing to buy-in to the great globalist game of our current government.

So it’s back to the race-card for Justin’s Liberals. After all, it worked against Stephen Harper in 2015. Will it do the trick in October, 2019? Doubtful, as Canadians appear to have FINALLY woken up to the Trudeau agenda of cultural TRANSformation.