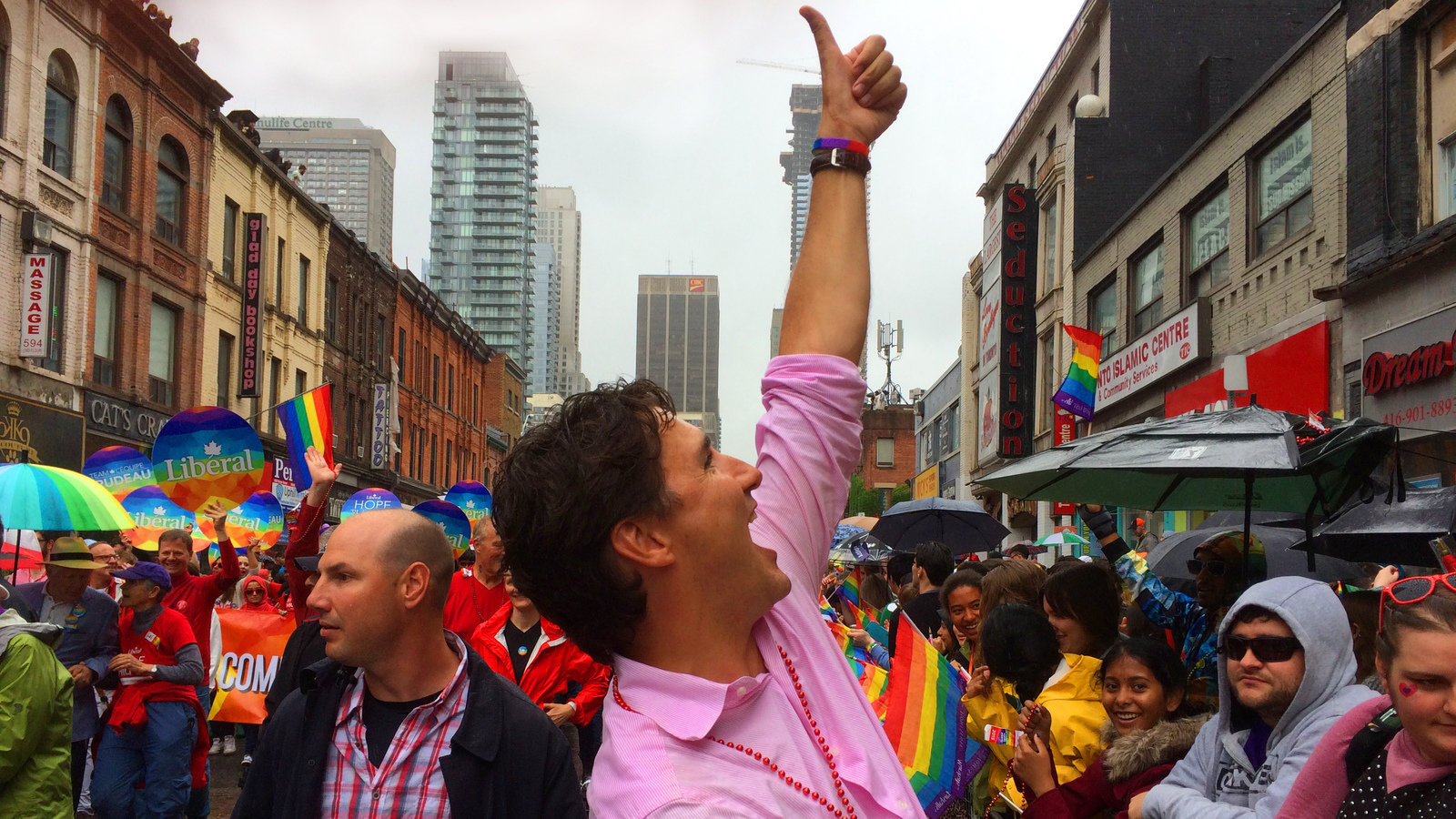 Prime Minister Justin Trudeau has a problem with masculinity.

In a recent interview with the Toronto Star, PM Trudeau accused his political opponents of being racist, saying this about Conservative Party leader Pierre Poilievre:

“What is he[Pierre Poilievre] actually proposing? He’s saying everything’s broken. He’s playing and preying on the kinds of anger and anxieties about some Canada that used to be — where men were men and white men ruled.”

What is it about masculinity that causes Mr. Trudeau to lash out? Canadians know all about his promotion of drag queens, transvestism and transgender surgery.

Does Justin Trudeau qualify as a self-hating male? The phenomenon may not be as unlikely as it seems.

In January, 2022, CAP published an article called “On The Couch: A Psychological Assessment of Justin Trudeau,” our attempt at a Freudian-style analysis of Canada’s 23rd prime minister.

In it, we allude to psychological issues which may have shaped Mr. Trudeau’s “weltanschauung,” or world-view, in terms of political outlook.

From our perspective, two issues have coloured the content of our PM’s political thinking. One relates to the relationship between Pierre Trudeau and former Cuban dictator, Fidel Castro. The result being ambiguity regarding the fatherhood of Canada’s current neo-dictator, Justin Trudeau.

While Castro was known as an alpha-male with close ties to mother Margaret Trudeau, Pierre Trudeau lacked a similar quality. Coupled with Margaret’s reputation and a fast-and-easy party girl, the dynamic would well have affected young Justin’s outlook upon masculinity.

“When men were men, and white men ruled.” Does Mr. Trudeau have a problem with men being men? It appears that he does. No national leader in the history of western nations(or any other) has gone full-throttle on the promotion of the effeminate male figure like Trudeau Jr.

In 2015, Canadian witnessed the PM’s prancing around in various Gay Pride Parades. In late 2020, Trudeau issued a message of solidarity and support to Halifax-born actor Elliot Page(formerly Ellen), after announcing that he’s transgender and non-binary and uses the pronouns he/they.

“Thank you, Elliot, for sharing these words and speaking your truth. Your bravery and strength are inspiring, and your authenticity and vulnerability will mean so much to so many,” wrote the prime minister.

Is Justin Trudeau in love with transgenderism?

A 2021 study of birth and gender in Canada reveals that a just 0.19% of Canadians are transgendered citizens. It’s a mere pittance– yet for some reason, it means the world to our woke globalist prime minister.

“Every great civilization has a great warrior tradition and accompanying warrior myths. The Old Testament recounts the stories of a warrior people and a warrior God. In the ancient Mediterranean, the Spartans had perhaps the most legendary warrior tradition. From birth, Spartan society nurtured and trained their boys to become warriors, and that rigorous training created men like Leonidas and his 300 men of unconquerable spirit. Japan had their fearless samurai warriors whose undaunted courage came from living life as if they were already dead.”

Today, the Warrior archetype lives on in reverence for those who, for example, serve in the Military. Is PM Trudeau not famous for undermining and cutting back funding for the Canadian Armed Forces?

“In general, modern culture is not comfortable with Warrior. Since the social and cultural revolutions of the 60s and 70s, we’ve generally taught boys and men to avoid confrontation and conflict and to instead nurture their feminine side.”

Which is exactly what Justin Trudeau is doing. Can the trans-agenda in North America be a ploy to reduce the warrior instinct among the male species? CAP is no Joseph Campbell, but we buy this theory hook, line and sinker.

Trans-culture is a pre-meditated plot to cultivate passivity among Canadian males. Of course, all of this is far too subtle for a specious thinker like Justin Trudeau. The likely source is the World Economic Forum and their flagellation of the male species through pumping billions into the world-wide LGBT industry.

If Justin Trudeau dislikes the male species, he likes white males even less. Can this be rooted in ambivalence regarding his paternal lineage? After all, if Fidel Castro is the father, this makes “Sunny Jim” half-hispanic. On a subconscious level, this could account for his hatred of Canadian white males.

The flip-side is, of course, veneration and endless promotion of all things “racialized.” On this basis, Trudeau’s vehement advancement of Sikhism, Islam and 3rd World immigration makes good sense.

Now comes the nasty part. It is one thing for an individual citizen to carry around this mental cognition. It is quite another thing for the prime minister to inflict his personal neurosis upon our nation.

Upon which Cultural Action Party advance our personal feelings: we think masculinity is a good thing. We speak against the “sissification” of Canadian men which Mr. Trudeau so vigorously advances.

We don’t trust it, and never will. Why is it that media never put forth a basic question such as this:

Why is it that while 99% of Canadians are not transgendered, the topic is among the top social issues in our post-modern society?

CAP Response: because the entire agenda is contrived, serving the desires of wokism, globalism and liberalism as the male species is transitioned to a passive participant in society.

Oh, and before we forget– a person who votes for the Liberal Party of Canada.

2 thoughts on “Justin Trudeau Dislikes Men, And White Men Most Of All”