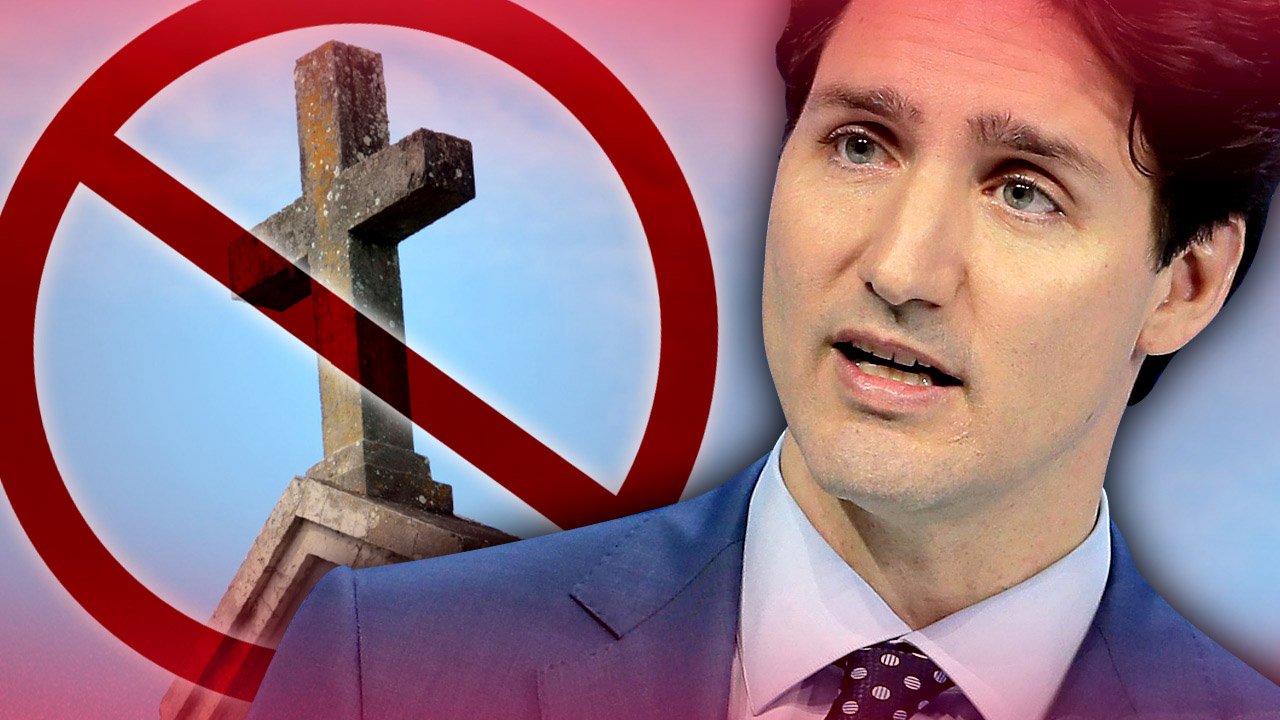 In 2014, religious freedom ambassador Andrew Bennett was appointed by Stephen Harper to head up Canada’s Office Of Religious Freedoms.

In 2016, Justin Trudeau’s ruling Liberal government made a decision to shut down the office. Bennett announced in March that he’d accepted a position as a senior fellow at Cardus, a Christian research group that focuses on faith in Canada.

“The struggle for religious freedom is, at its heart, a struggle for the universal and inseparable freedoms Canadians cherish,” the release from Global Affairs Canada said.

Did you know? Global Affairs Canada is without question the most liberal-globalist, United Nations-pleasing government body within our nation. Here, they make a decision to “de-Christianize” Canadian society. It is obvious the former chair is a dedicated Christian–therefore a champion of Christian rights in Canada.

Therefore, under the iron-clad grip of Justin Trudeau, the institution must be shut down, or reinvented at the very least. Do tell, fellow patriots–is this or is this not an example of government maintaining a punitive approach to Christianity in Canada?

CAP say yes–emphatically. Question: Would Justin, or has Justin, ever shut down a Sikh-oriented religious institution in Canada? How about an Islamic religious outfit?

Quick answer–never, and never. Such as interesting dynamic at play within this scenario–the very reason establishment media in Canada down-played the entire affair.

Questions abound: What would occur had Trudeau closed down an equivalent Third World-oriented religious entity? Isn’t it obvious as heck? National Council of Canadian Muslims would be ringing up Ontario Civil Liberties in a flash. From there, a leftist lawyer would begin proceedings to create a lawsuit, and the situation would reach a provincial courtroom by morning time.

Yet, when the punitive measures are directed toward Christian-oriented institutions, no one says a darn word against it. For CAP, this is a quintessential  microcosm for the fall of Christianity in Canada, and a corresponding entrenchment of Sikhism and Islam within society.

CAP has written often on “comparative religion” in terms of Christian, Muslim, and Sikh-Canada. During his first term as prime minister, Justin Trudeau spent an inordinate amount of time damaging Christian institutions and attacking Christian religious ideology. Pushing mass abortion, euthanasia and transgenderism was certainly a favourite hobby from 2015-2019.

Here’s a question never posited by media in the history of Canadian journalism: which of our identifiable communities are most impacted by these three anti-Christian declarations?

Sikh Canada? Islamic Canada? First Nations? Nope– the common denominator is that the recipients are generally white Canadians. Rather telling, no? Of course, it hasn’t been told at all due to media collusion with the Trudeau government.

Okay, so Trudeau’s Canada is an anti-Christian Canada. Is there more to the picture? Of course there is–King Justin is today de facto dictator of our nation.

Did you know? Over the course of the coming decade, approximately 9000 Christian churches will close their doors for good. Anglophone birth-rates are well below the rate of Third World immigrants. Basically, white Canadians cannot afford to have multiple children–seems this area is at present the exclusive of the “poor, suffering” Third World Canadians. Fascinating, isn’t it?

Now, let’s contrast this with Trudeau’s chosen Third World peoples. For one thing, they are literally pouring into Canada, and into the GTA area in particular. So much so the balance of voting power has shifted to the Greater Toronto Area. No surprise then that  Trudeau’s Liberals have a total lock-down on urban Toronto ridings.

So where are the corresponding religious impediments for Sikh and Muslim Canada? Simple as pie-there are none. In fact, for these “privileged” religions, it is truly “open season.”

One word against the growth of non-Christian faiths, and that Canadian is branded a racist bigot. This way, these religious communities can advance, promote and entrench their religions “till the cows come home”– exactly what is occurring as we speak.

How strange. How is it that the nation of Canada, one which was founded by Christians and in which secular and religious Christians comprise a demographic majority, end up trans-sitioning to an anti-Christian nation?

Darn good question–and of course, one in which mainstream media has never posited within their pages–and likely never will.  Fortunately for the tens of thousands of frequent CAP readers, we have an answer:

This transformation began on the day ex-Liberal Prime Minister Pierre Trudeau became leader of our nation. Trudeau Sr., being an advocate of socialism and communism, naturally had a malevolency toward English Canada, colonialism, Anglophones, as well as Christian Canadians.

This anti-Christian sentiment continues to this very day— never more strident than under spawn Justin Trudeau. On the flip-side, we have something known as M103. This government motion focuses on racism in Canada. The document mentions just one specific religious community in Canada–the Nation of Islam. Neither Christianity nor Judaism are mentioned in the motion.

Another oddity, no? If this anti-racism measure is to apply equally to all communities, why is Christianity omitted? Fair is fair, after all. Equality means “equal for all.” Has this transpired by way of M103?

Of course not. Yet, it moved forward, functioning as an indemnification for one religion only–Islam. “Multiculturalism?” No way, Jose–there is absolutely nothing multicultural about this. It is a singular advantage for one community, therefore devoid of the “multicult” message– equality for ALL communities.

What was the leading complaint about the now-defunct Religious Freedom Office? Here it is: “The government was criticized because it was playing to its evangelical and fundamentalist base.”

Now, a hypothetical– “The Office of Islamic Affairs Canada was shut down because it was playing to its Islamic fundamentalist base.”

See the difference? What a massive, GIANT advantage for one specific religion. And yet, according to “multicult” mongers and Anglophone snowflakes, it is white Canada which maintain social “privilege” over all others.

Bollocks, say CAP. It’s a stone-cold lie. Nothing could be further from the truth in terms of the social trajectory Canada find itself under in terms of demography, religion, immigration and the Trudeau Dynasty’s anti-Anglo “multicultural” agenda.

CAP Crystal Ball: By the year 2050, Christianity in Canada will degenerate into an inconsequential, powerless fringe component of society, while Islam trans-itions to our nation’s most powerful religious community.